One Picture is Worth a Thousand Words 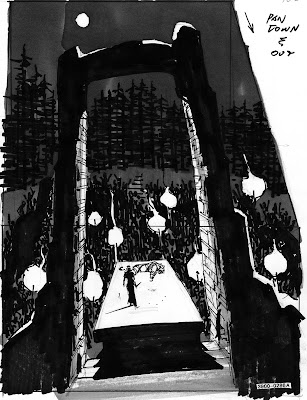 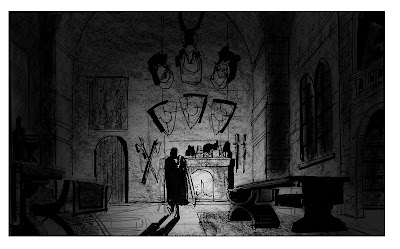 One Picture is worth a thousand words.
(This was an interview I did for a promotional blog on Prince Caspian about storyboarding.)

Film is a visual medium where the story is told by using a series of images or pictures, with sound(dialogue)  added for clarification. That might be an oversimplification, but I don't think many would argue with the definition. 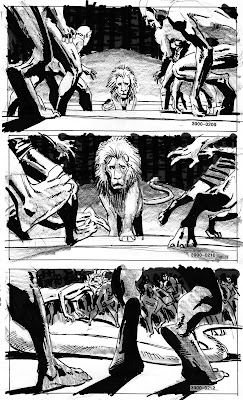 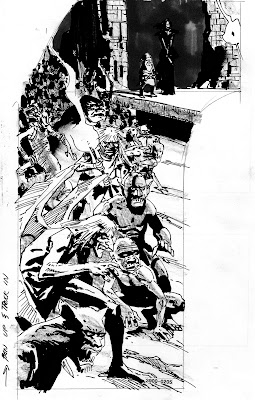 The storyboard artist takes the script (or treatment in its initial stages) and starts to translate it into a series of pictures. A simple phrase (...the hero rushes in and saves the girl...) might turn into a sequence of several hundred frames, while a page long description of a characters internal distress might be capsulated in a single drawing if the expression is right. But in successful collaborations, the
storyboard artist enables a viewer to "look" at the story rather than "read" it. 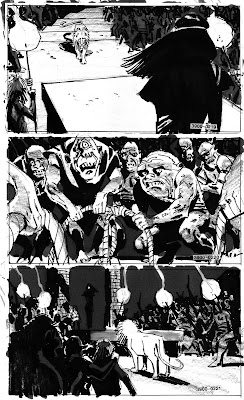 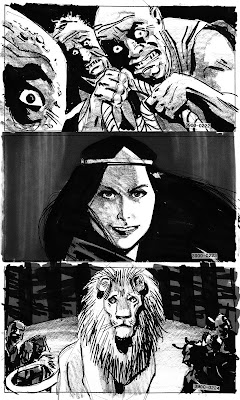 Not all movies use storyboards. Some directors feel more comfortable letting the pictures materialize through the use of the camera. And boarding out a long dialogue sequence for a Robert De Niro would be a waste of time.
But on ]"The Lion,The Witch, and the Wardrobe" we storyboarded the entire film so that it could be viewed on an animatic. Then Andrew Adamson is able to watch a test version of the film. He can suggest changes..so we draw new frames...he makes more changes...we draw more frames...he makes more changes...we draw more....well, you get the picture. His goal is to solve whatever problems there are in the story and visualization of it before any of the movie is shot. 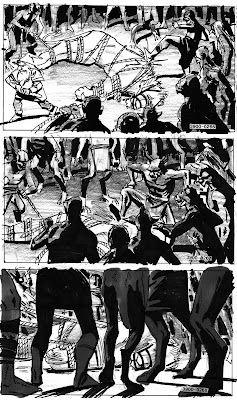 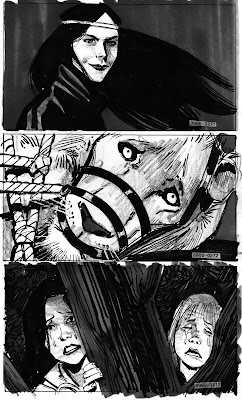 And the storyboard artists aren't the only ones involved in this process. Pre-Viz, which creates Computer Generated Images , also  produces sections of the film, sometimes using our boards, sometimes starting from scratch. And all this is orchestrated by Sim Evan-Jones and the editorial department who actually take the sequences and put them together for viewing in an animatic We get our marching...er drawing orders from them.
How much time is spent on a sequence depends on a number of factors, the first being the deadline. There is also a difference in the amount of finish on drawings depending on whether they are being used to "show" an idea or "sell" an idea. "Showing" involves doing a quick pass to demonstrate how you think something should be done. For "selling"  more polished drawings are done to convince those
viewing it that this is the best way a scene can be done. 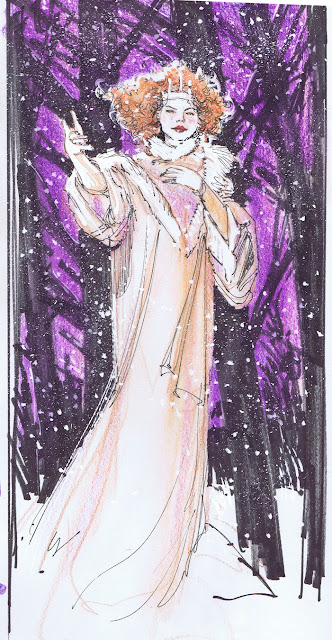 The other big factor is competition. Everyone who has worked on storyboards on this film has been a real talent. If you want your own work to stand out, you really have to push it. As a result, a lot of extra effort goes into the work from all of us because our crew has really had a mutual admiration society.
The actual process of working is fairly simple. Watch any five year old lying on the floor with a box of crayons and a couple action figures and you get the idea of what happens. One of my mentors once told me, learning to draw is a prerequisite for this job, but the drawing should always be secondary to telling the story. I use of lot of reference to make sure things are accurate, but I also simplify everything in the pictures so that not only can they be drawn quickly, but that they read quickly. 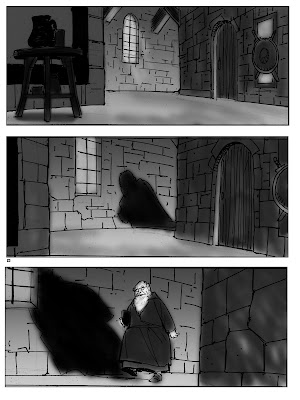 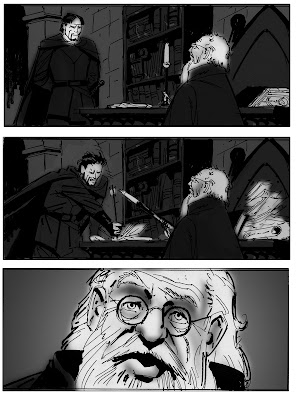 And at some point, almost all the departments involved with the film will see the storyboards,  and use them in their preparation. It's an exciting process having so much to do with the initial planning of the film. It's equally rewarding when you can see the finish product and your contribution to it.
For the entire sequence of "Aslan's Death" check out my Flickr site:
http://www.flickr.com/photos/vozart/sets/72157625907881621/
Posted by Voz at 4:23 PM