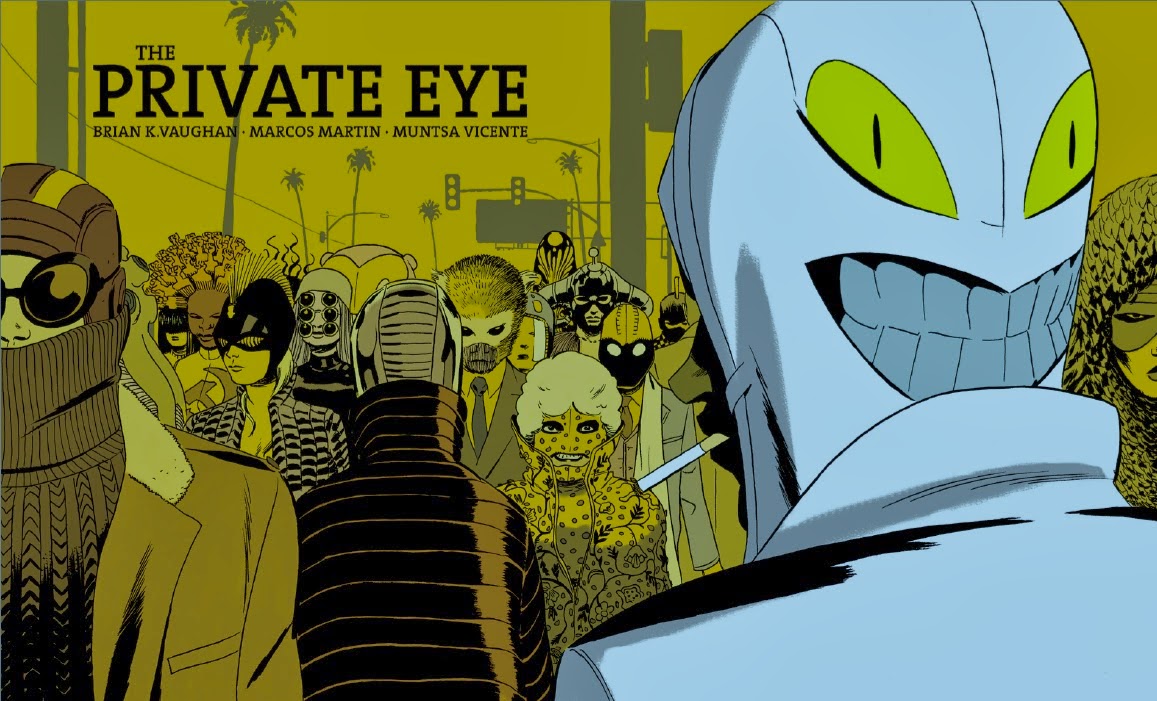 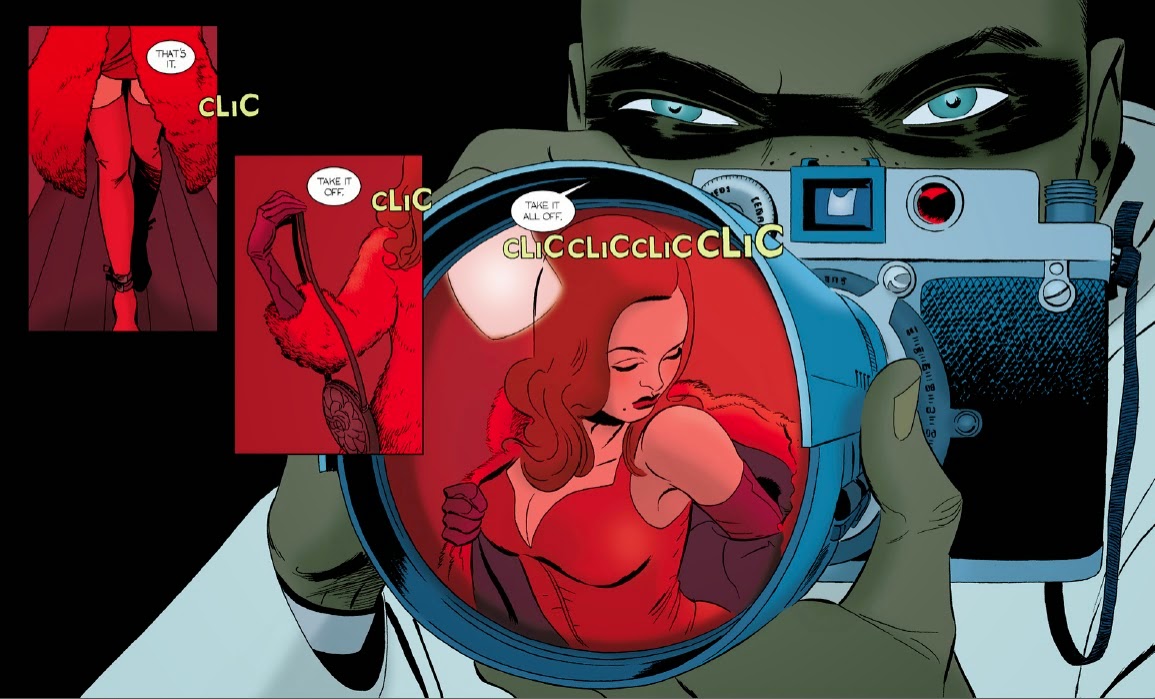 Sigh…..just what I needed, more competition.

I've been reading a new digital comic lately called "The Private Eye that is the brainchild of writer Brian K. Vaughan, artist Marcos Martin and colorist Muntsa Vicente. Set in a futuristic LA these creators have established an imaginative, realistic and fantastic setting for the story. Their characters are straight out of Raymond Chandler, Philip K. Dick and George Orwell... a fascinating lot that you can't help but become involved with. 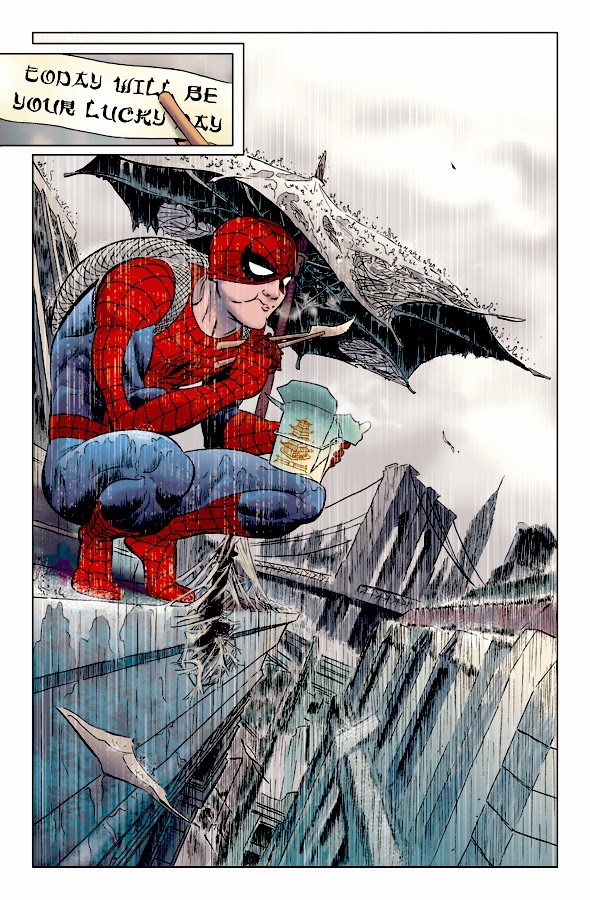 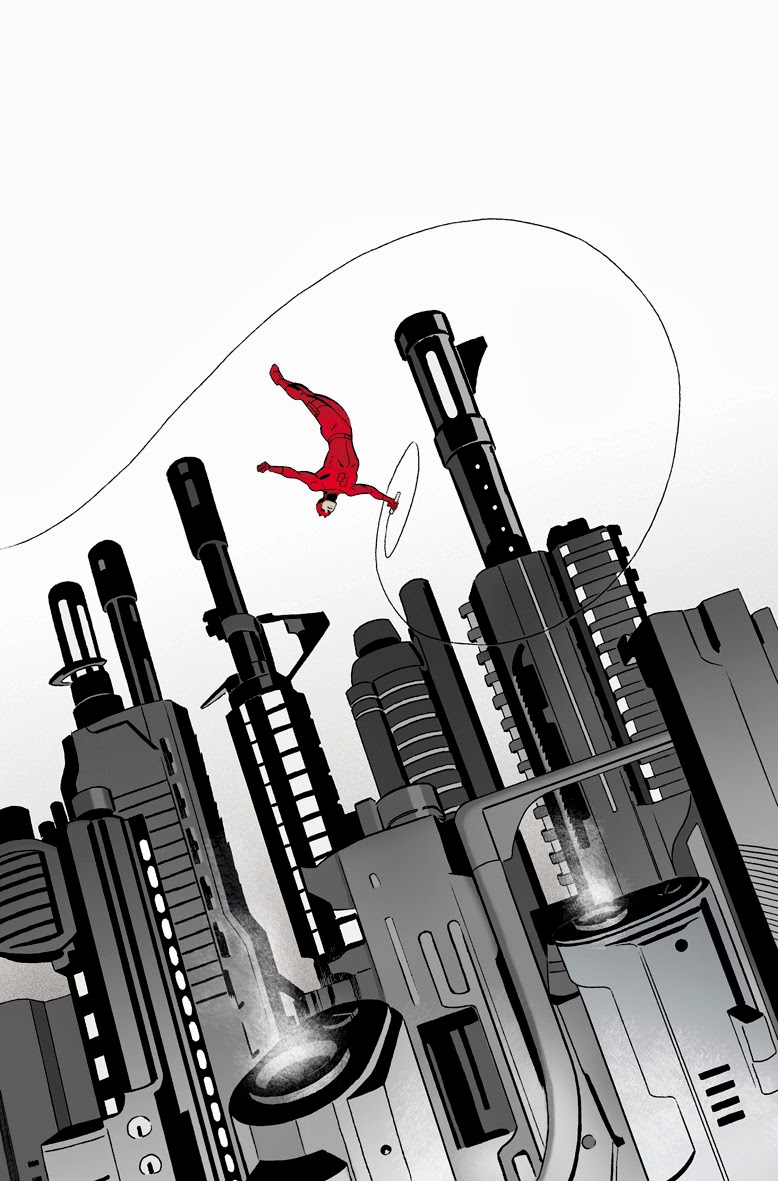 My biggest problem with the books are that I won't to slow down and absorb all of the beautiful artwork while the story is impelling me along at breakneck speed. And what a story it is: twists and turns you never expect, an entire society built on a natural paranoia, and very witty bits of humor that keeps it all from becoming TOO intense.

I rarely read comics anymore because they no longer get to me on an emotional level. This one has changed my mind. I hope these guys get busy and there are more chapters for me to read soon. The books are available online at:http://panelsyndicate.com

And they have a brilliant marketing approach: you simply pay what you think is fair to download the book. I can guarantee that you will be increasing your donation with each issue. 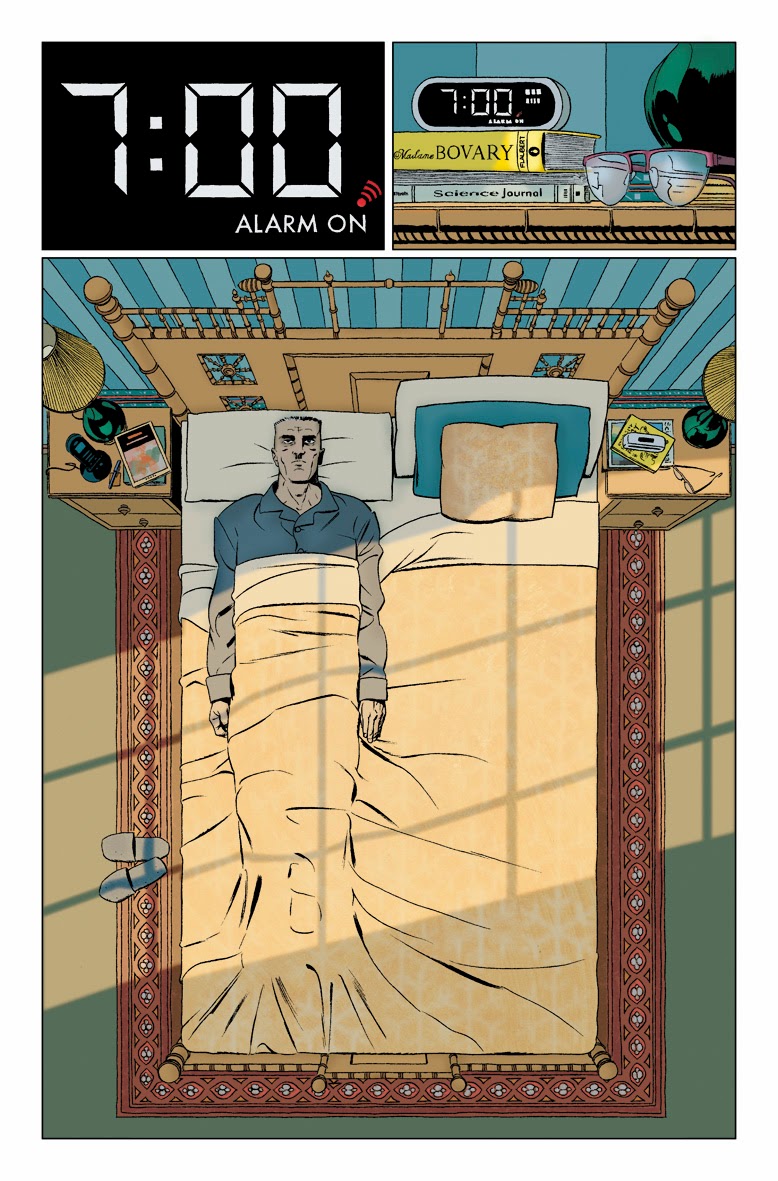 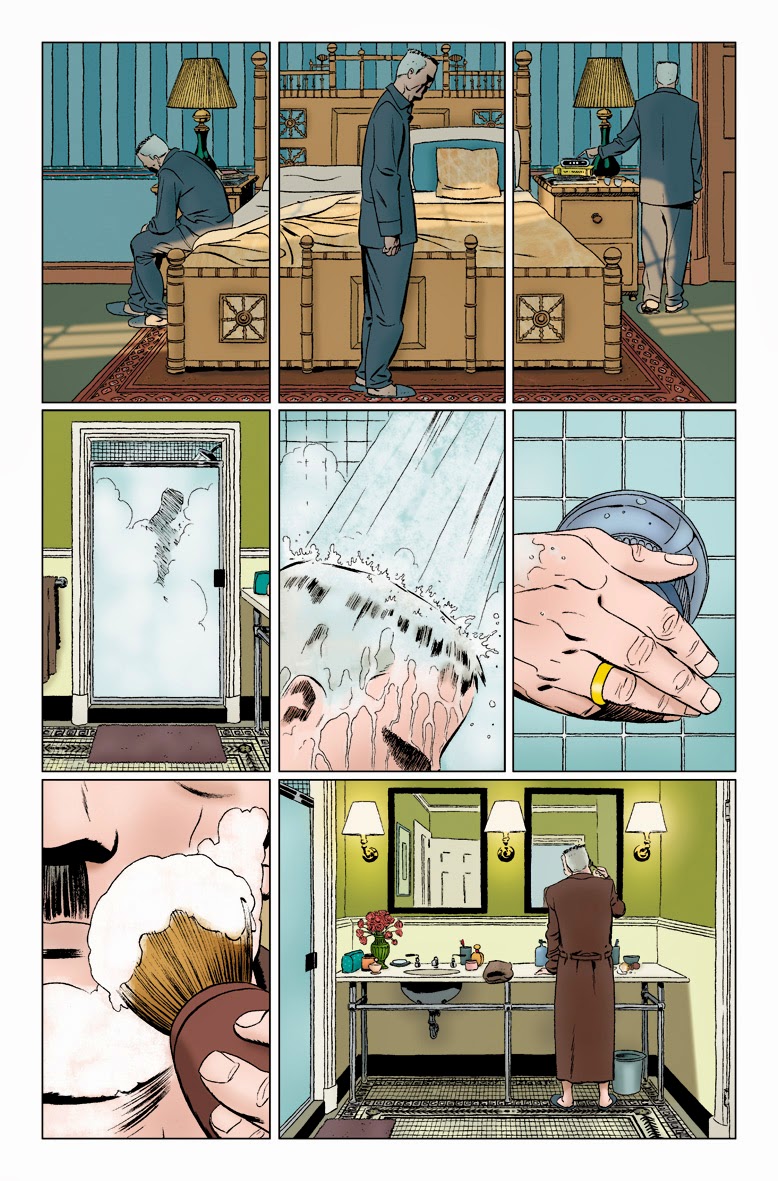 Here are some questions for you and the crew.

1. Working process. Who does what?Do you work from a full script or a plot? Do you plot any of the stories with Brian? Do you have any impute into the stories?

Brian works with full script and even though I have little involvement in the actual plotting of the issues , I do have some input when it comes to helping define particular scenes. Also, Brian gives me absolute freedom when it comes to the arrangement and presentation of the information.

I assume you pencil and ink the work. Hows involved is Muntsa in the process? Does she just provide color, or are there effects and such in Photoshop that she produces? Are all of you in separate locations and work through shared digital files? (Just read more and see that you and Muntsa are a couple....I have a whole lot of questions about working with your spouse...and I just share a studio space with mine.)

Yes, I do old-fashioned pencils and inks on paper and Muntsa provides color in Photoshop once the pages have been scanned. And, yes, Muntsa and I are a couple and share the same studio (although, I'm pretty sure she often wishes I were working on a VERY separate location), so I'm able to oversee all of the color process (euphemism for looking over her shoulder and constantly nagging her).
And after all that is done I still have do the Spanish translation and the lettering... in all the different languages! Shoot me now... 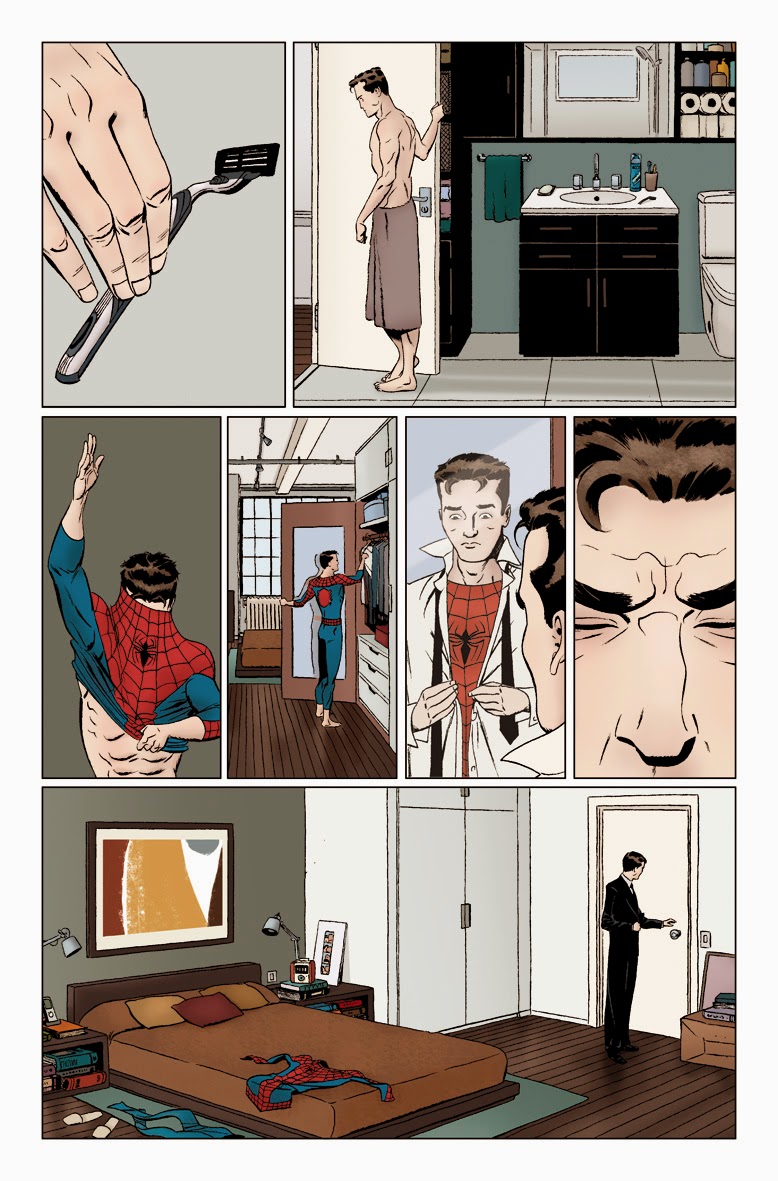 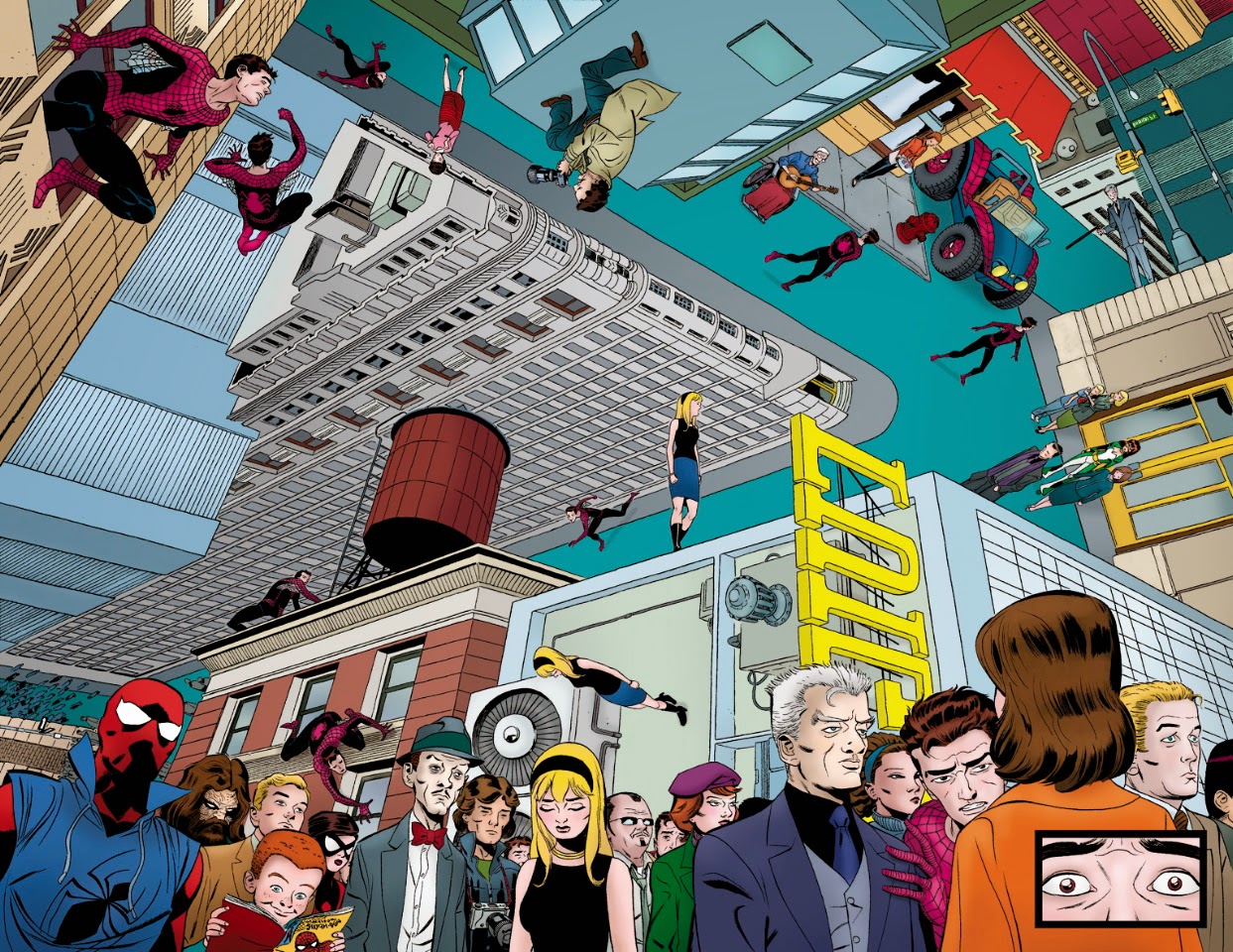 2. What are the rewards and difficulties of working on an independent comic, both in the creative process and financially? My attitude is that when you own it, there are always the chance of opportunities down the line, even if the payoff now is small. Are there plans for a limited print run of the series?

No plans for a print run of the series, limited or otherwise, even though we are constantly asked that question. Now, don't get me wrong. We're not against publishing in print, quite the opposite. But The Private Eye is something different and we want it to remain as a digital-only book.
Working on an independent comic like this one has obvious financial risks since you're not seeing any money returns till the issue is published (or uploaded in our case). But I believe it holds much greater opportunities in the long run. Or at least, it holds the promise of greater opportunities which is still more than what you get doing the work-for-hire routine with other companies' franchise characters.
Creatively, the feeling of freedom you get when working on your own stuff is unparalleled. However, since there's no one else to blame here and you're the only one responsible for the final product, that can also bring all the self-doubt and insecurities you wouldn't normally have in a more restricted creative environment. But all in all, I'd say it's definitely worth the effort. 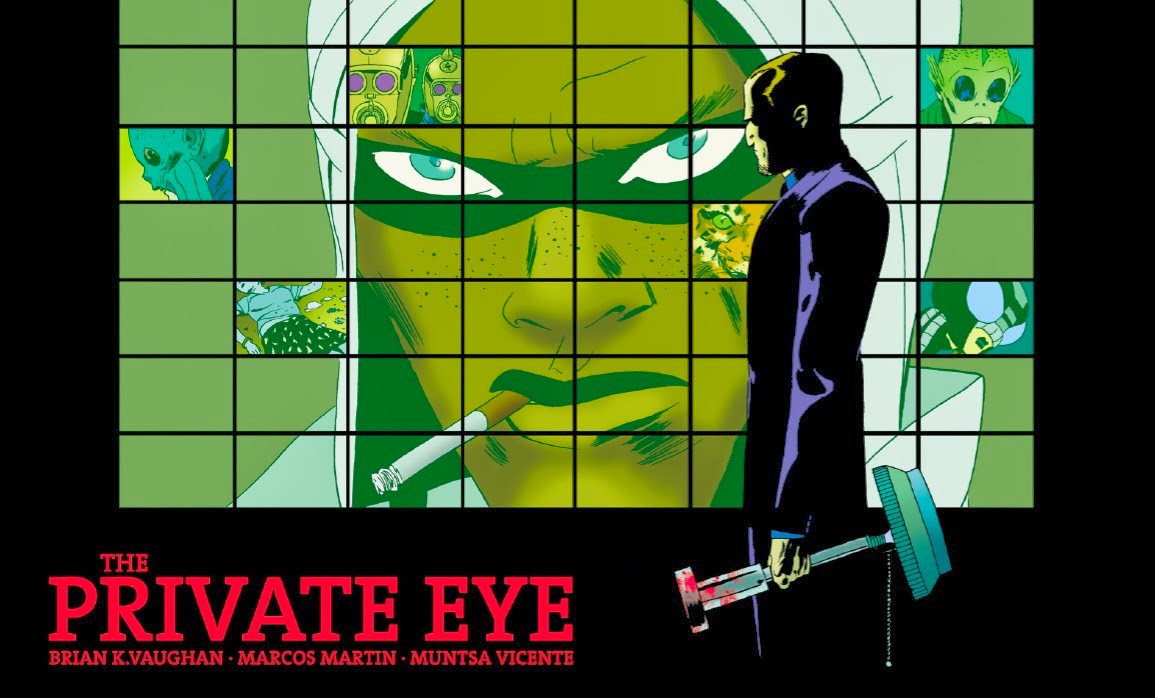 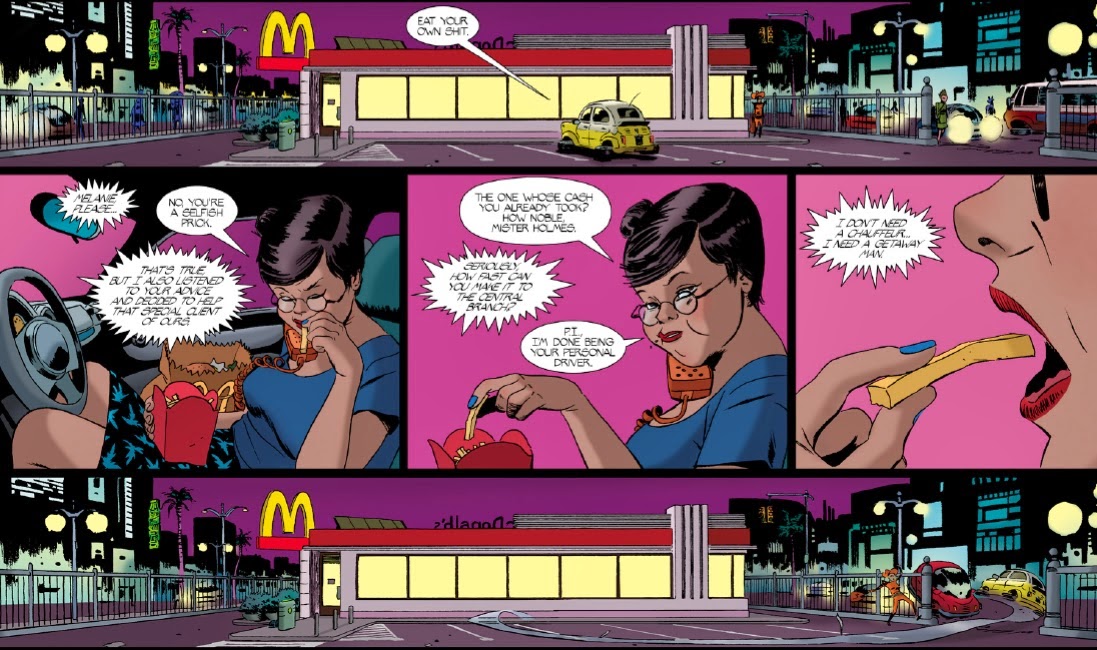 3. What are everyone's influences in film, art and writing. Hammett and Chandler. Orson Welles. Favorite cartoonists, illustrators, film makers,etc. Have you worked in film as well as comics? do you ever work on storyboards? Commercials, animation, live action?

Never worked on anything other than comic-books, I'm afraid. I think I'd enjoy working in live action film or animation but I've never really had the chance. Commercials was an option at the beginning of my career since my father was an art director at an ad company but I was never really attracted to that field.
When it comes to influences, in my case I think it's hard to pinpoint any particular reference. But I've always been a big fan of old noir movies so that might show up in my work here. Hammett and Chandler are the only detective fiction writers I've actively read and I'm not much of a science-fiction literature aficionado. In terms of cartoonists my main reference comes from the American tradition of artists (both in and out of the superhero genre), mixed with a bit of Hergè and the clear line style of Franco-Belgian comics. And this days I mostly read manga.

4. How is the Spanish/European market and working conditions differ from the US? Or, like myself, do you think of yourself as an international artist?

Well, right now there's not much of a Spanish comic-book industry so that's the reason why most Spanish artists are working on foreign markets. There's a huge comic industry in France but I've never worked there so there's little insight I can give you there. But yes, I do think of myself and all other artists, actually, as being international. Nowadays it really can't be any other way.

5. I think your marketing plan for Private Eye is really brilliant with the pay what you want plan. How are you promoting it? Are you getting a lot of response? Have you been hitting the convention trail? (What is a good convention in Spain if I ever get the urge?)

Since we have no publishers or sponsors of any kind backing us up, our promotional tools are basically restricted to the word-of-mouth recommendation and whatever coverage both the specialized comic-book sites and more mainstream news sites are willing to give us. Fortunately, we've had quite a bit of both since online exposure is key to the success of the project.
And the response has exceeded all expectations. Although, in that sense, the fact we had almost no expectations doesn't hurt.
And no conventions for me, although Brian was able to attend SDCC and plug the series there.

6. A bit of background on the three of you beyond what's on the Panel Syndicate website?
How long have you been doing this stuff, what else have you done,etc. Any images besides the Private Eye work would be greatly appreciated. And of course, feel free to add any personal comments, rants, endorsements,etc.

Well, Brian is and has been one of the most prominent writers in the field for the past decade co-creating the Runaways series (with Adrian Alphona) for Marvel, Y: the Last Man (with Pia Guerra) for Vertigo, Ex-Machina (with Tony Harris) for Wildstorm and more recently, the blockbuster hit Saga (with Fiona Staples) for Image. And in addition to that, he's been writer and executive producer on TV series such as Lost and Under the Dome... But none of that counts because he's bald.
Muntsa is really an illustrator who's accepted to put up with coloring my doodles.
And all I really want people to know about me is I'm tall and have a full set of hair.


(A special shout out to all around good guy and my former boss Aaron Sowd for introducing me to this series.) 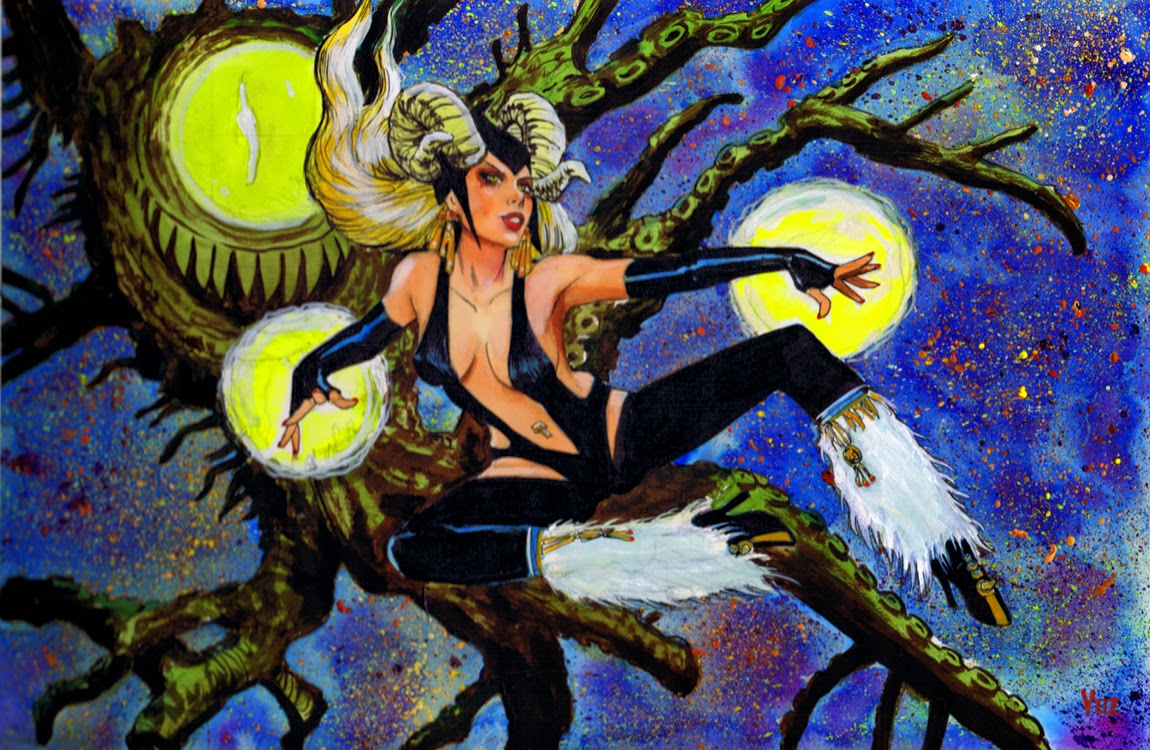 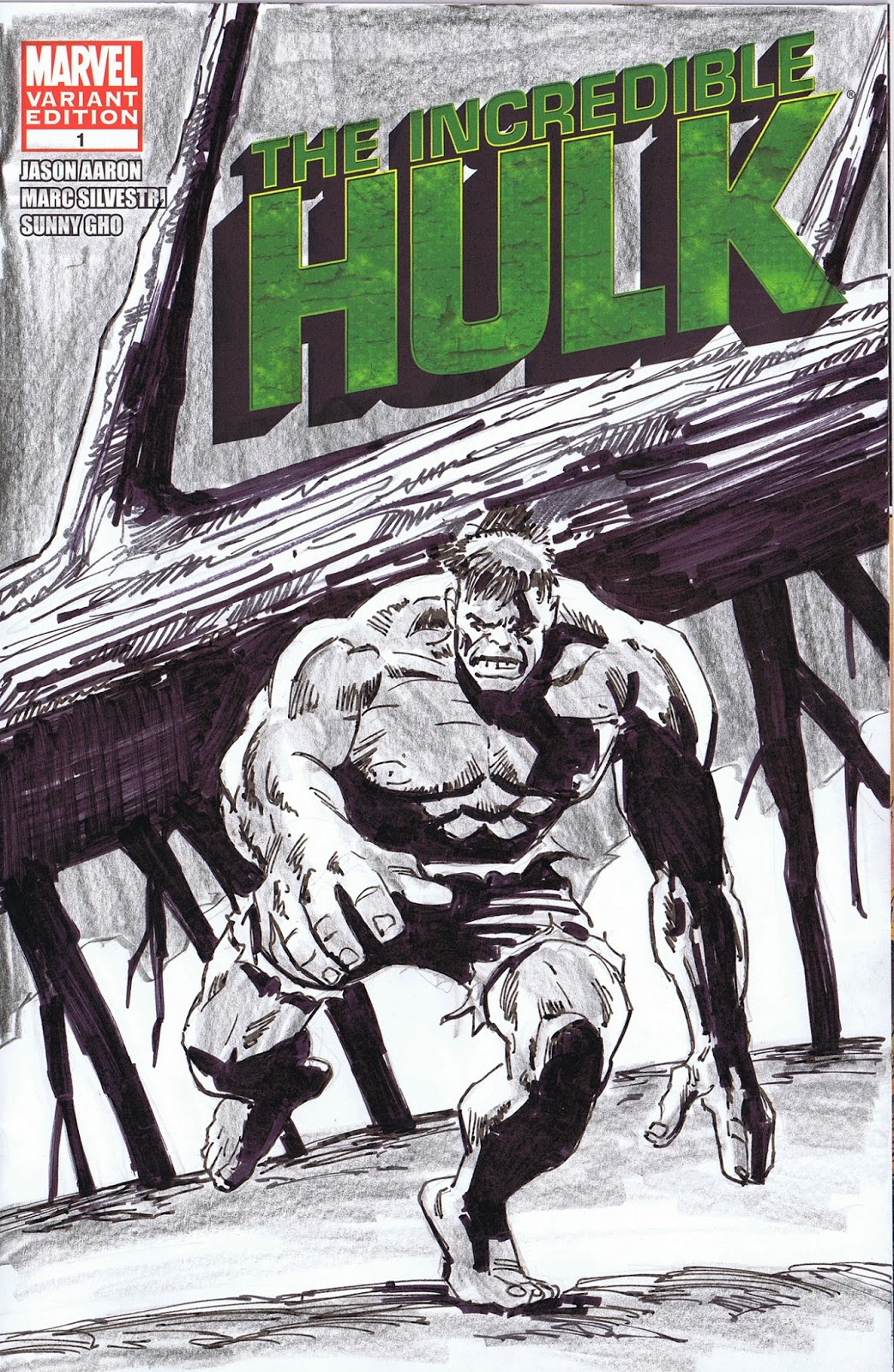 Enough about them. Here are some of the commissions I've been doing this year for various folks. Also this week I've just finished working out a deal with iVerse (ComicsPlus) to start handling my creative library online. More details laters. A second Retrowood TP, All Roads Lead to Rome, will be available soon in a limited edition; and more on that later. And Mad Mummy continues to keep moving along. 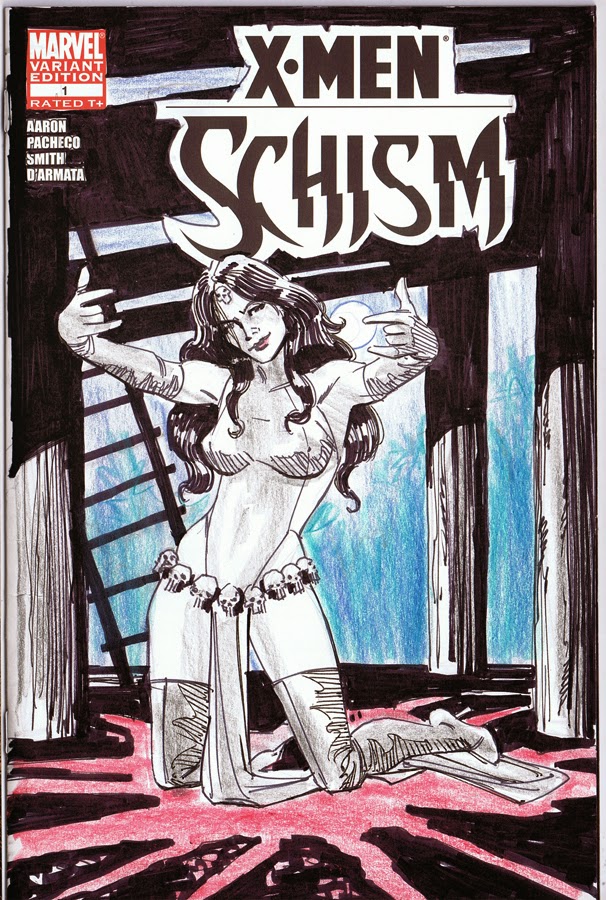 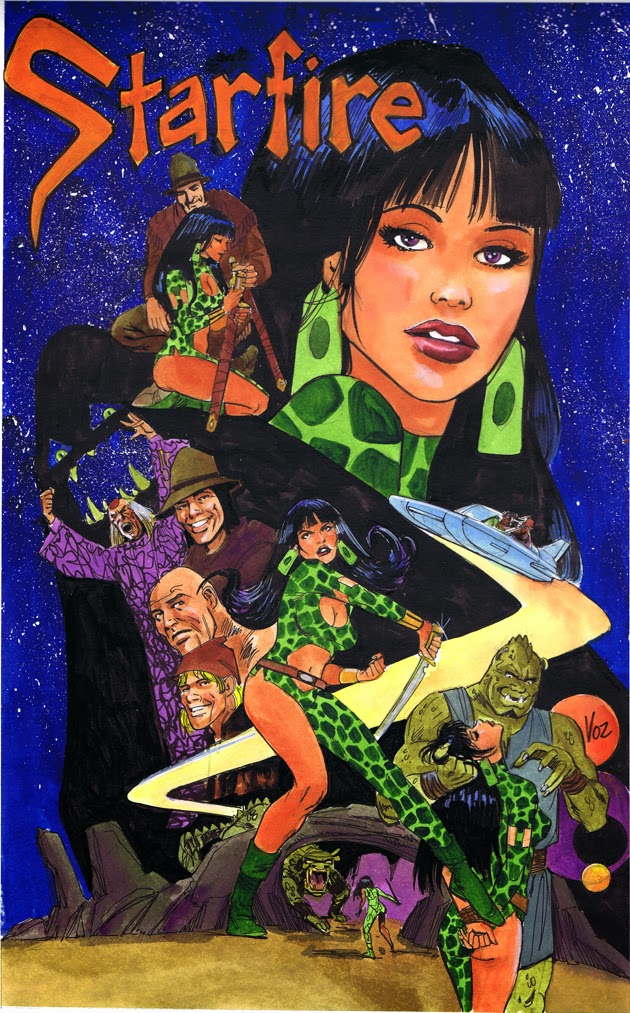 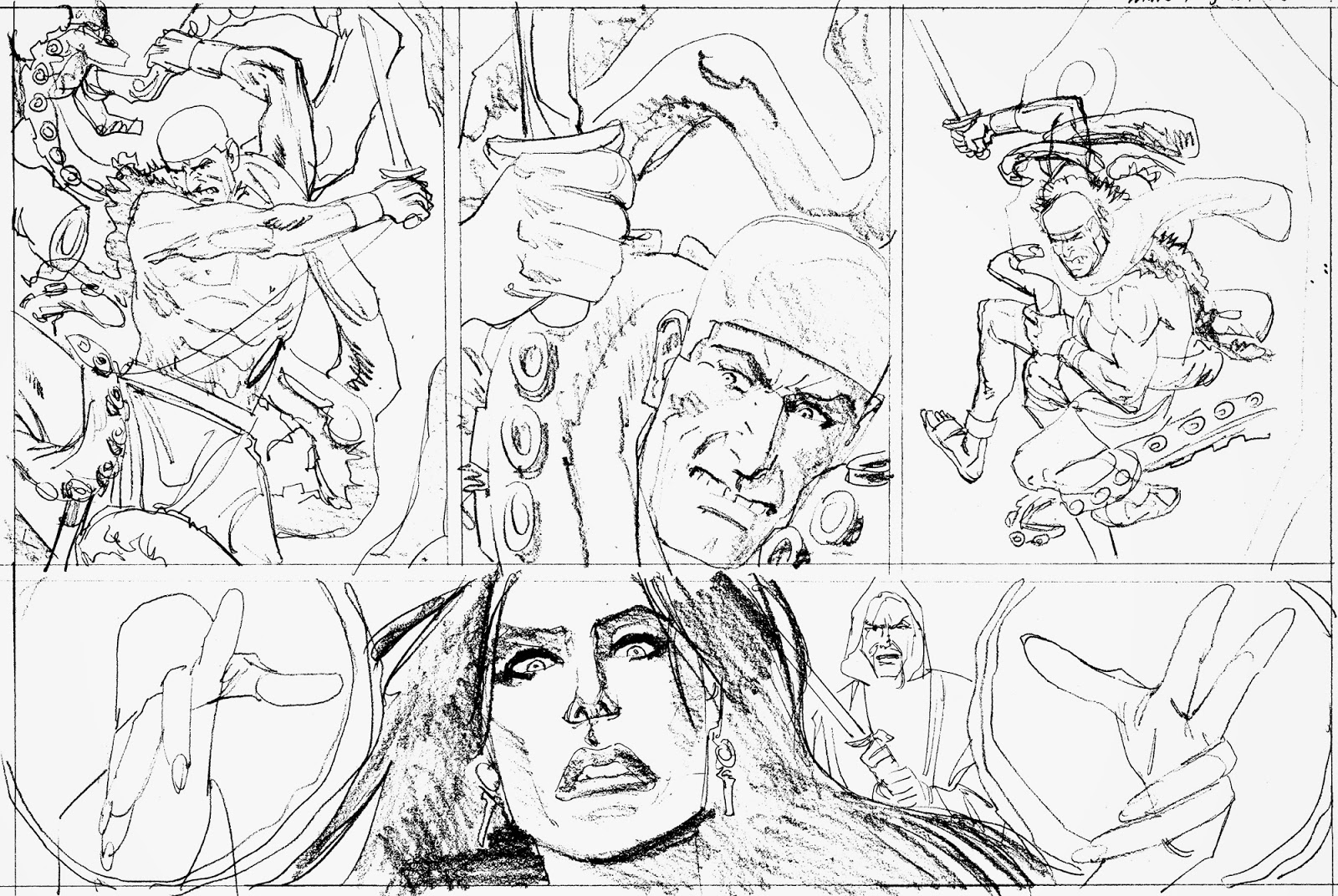 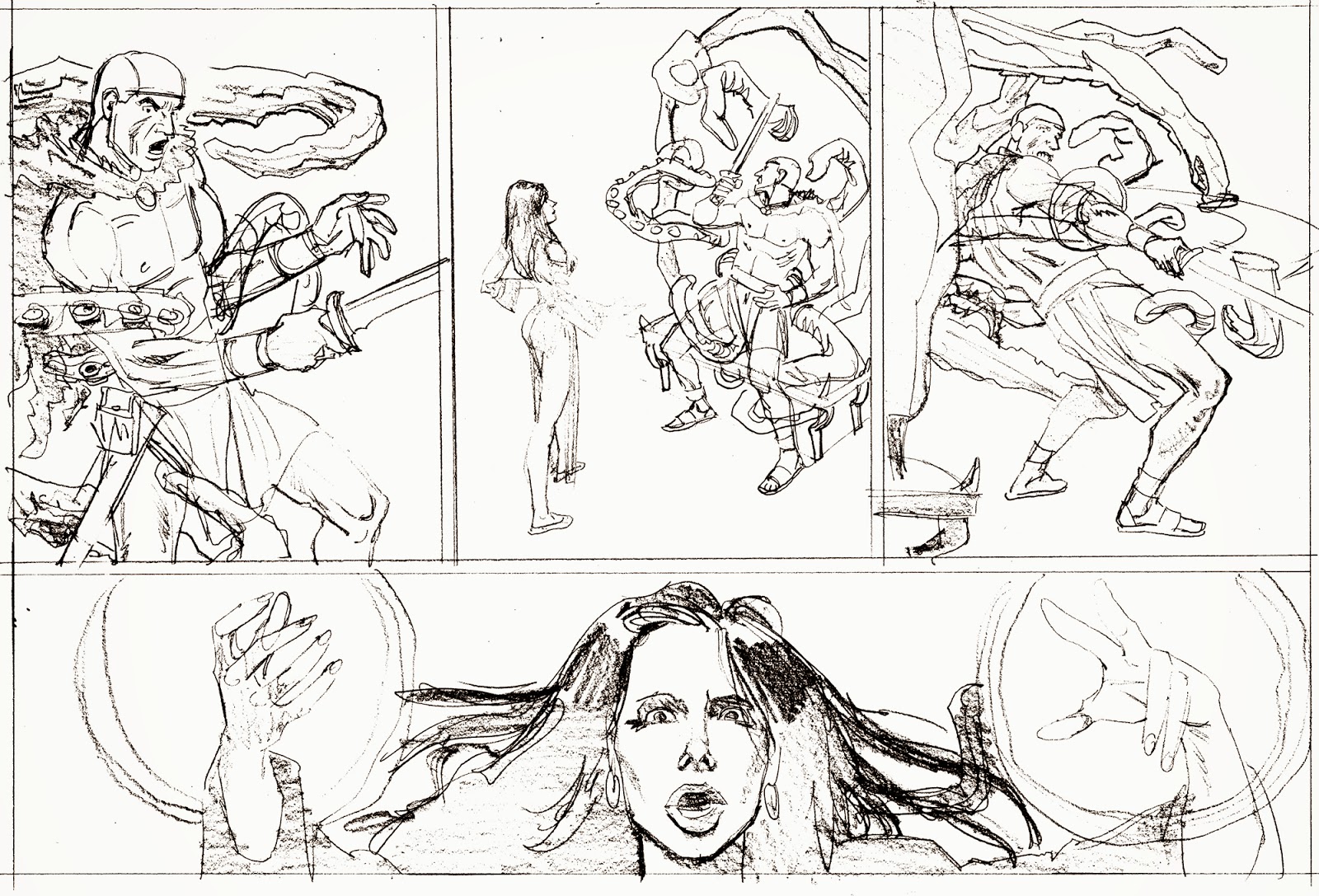