Tales From the Crypt 2 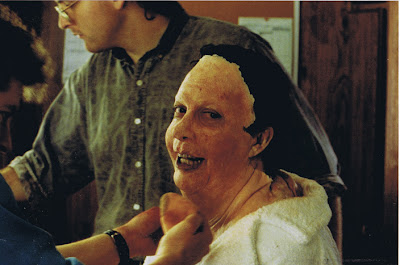 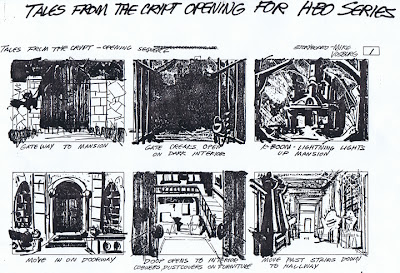 The first show (All Through the House) was directed by Robert Zemeckis and featured his wife at the time Mary Ellen Trainor, and Larry Drake as the pschotic Santa Claus ax murderer.I can't really remember what reference I had to work on for that first season other than head shots of the characters, and the scripts; I don't think I ever saw any outtakes. 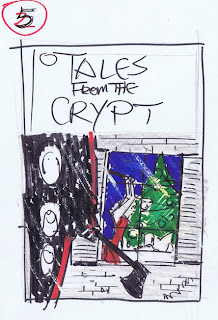 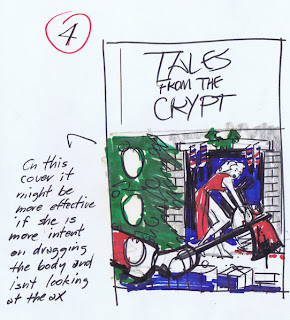 I would do several roughs for each cover, and they would pick one. I do remember that Joel was the final say on all of them.  Whichever rough was chosen I would do a traditional pen and ink drawing. We'd get a stat shot of the cover and a negative and create a blue line version on a board which Richard Ory colored. It was much more illustration than just doing a comicbook cover. 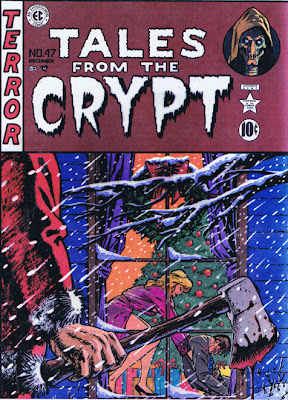 Tales had rented a soundstage in Culver City and I'd drop off the originals at their offices there. There was a connecting door next to the business offices that led to the actual soundstage. I was never asked inside. I'd do whatever business I had with Bill Teitler and Connie Johnson and then leave. However,  at some point I remember having a problem with a likeness on one of the covers and Bill Teitler suggested that I shoot a couple of reference shots of Lea Thompson...so I finally made it behind that door. 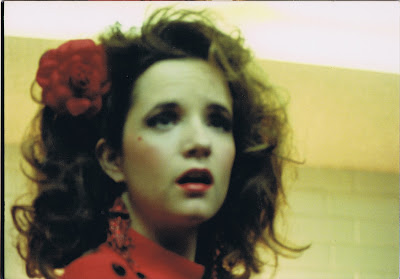 Lea was working with some makeup with Kevin Yeagher at the time, so I was introduced to him which was a big thrill. We chatted about art stuff for a few moments while the actress waited patiently. When I did explain to her what I needed I was amazed that she immediately snapped into character and gave me the perfect shot for the cover. She was so professional.It was definitely easier work with than getting the guys at our studio to pose for shots; and she was so much more lovely. 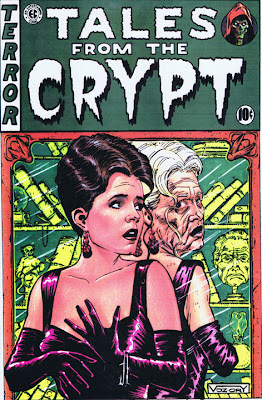 When the second season of Tales rolled around, I definitely made a point of asking Bill if I could shoot some photos for reference on the set. He agreed tentatively, but there were reservations. First, don't get in the way or be a nuisance to the actors. Secondly, there was already a still photographer for the show, so don't be redundant. What actually happened was that I wound up having access to the a lot of the still photographer's shots, which were all much better than anything I could have taken. And let's face it....I was much more interested in just being on a movie set than having the convenience of shooting my own reference photos. 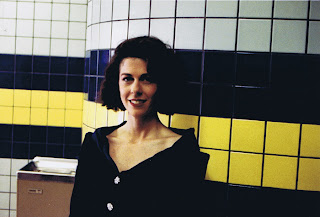 In fact, I'm not sure how often I was on the set that second year. Certainly not more than once a week. What I learned about being on a movie set was that while the first half hour was really exciting, unless you had a specific task to do it was really a bit dull after that. I'd usually check with the office the day before to see what was being shot, show up take a few pictures, schmooze a bit with the cast and crew, and then head on my way. But the shots I took were really invaluable in creating the covers. And I also had a great source of  reference material  for my eventual Lori Lovecraft series. (In fact, I met writer Pete Ventrella through a mutual friend on Tales.) 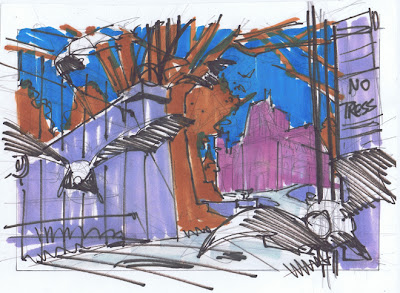 Next Week:Tales From the Crypt with Joel Silver, Richard Donner, Bob Zemeckisand more!
Posted by Voz at 3:26 PM