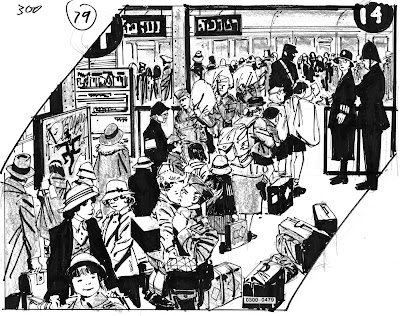 One of my all time favorite jobs was working on the Chronicles of Narnia movies. The material was first rate, the people I worked with were wonderful, I made a lot of money, and they sent me to New Zealand, Prague and Century City in the process. 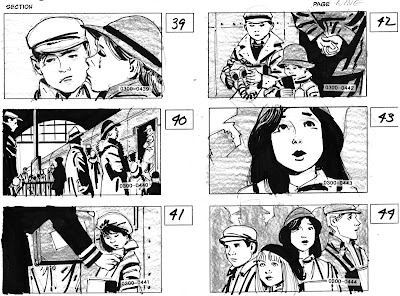 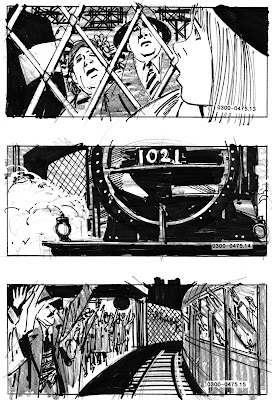 Here are a few images I pulled out to post today from that series. I always worked on typewriter bond paper and I think by the time I was done with the films I had a stack of drawings almost as high as I am. The black and white images are from a section I was very proud of. 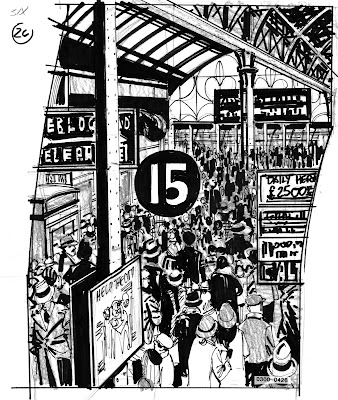 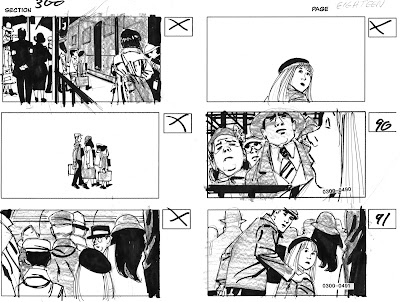 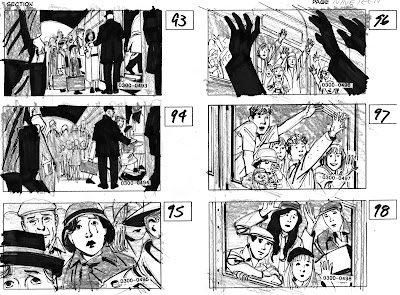 Working in color was something I rarely did when storyboarding, but in this case I had plenty of time on my hands and thought I'd show off a bit. Mostly I was probably just trying to annoy my "aviary" partner,  Rico. (In the Aukland studio we were working at, our space was a loft area with open beams and chicken wire for walls). Rico liked to tell people I did boards the "old-fashioned" way; I had to remind him that I was using photoshop when he was in middle school. The watercolor boards were an example of our friendly competition: Hey! Look at this, kid! 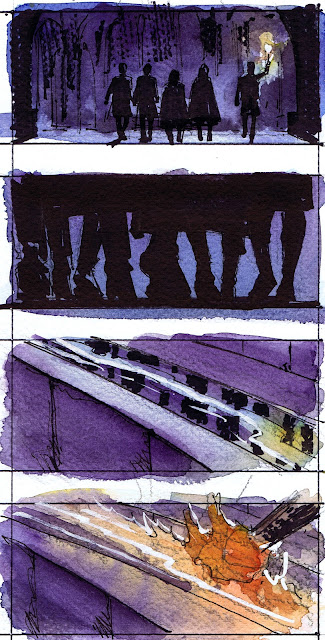 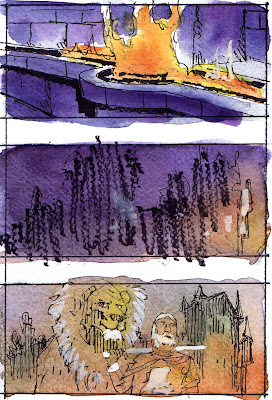 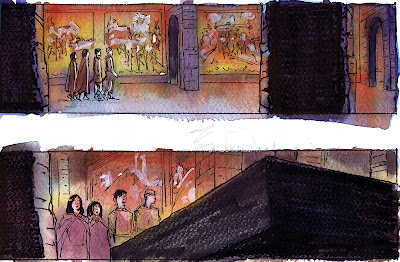 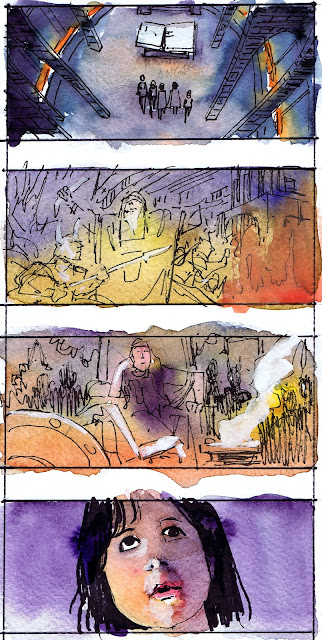 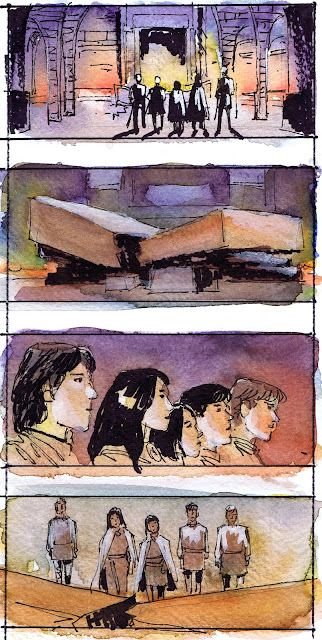 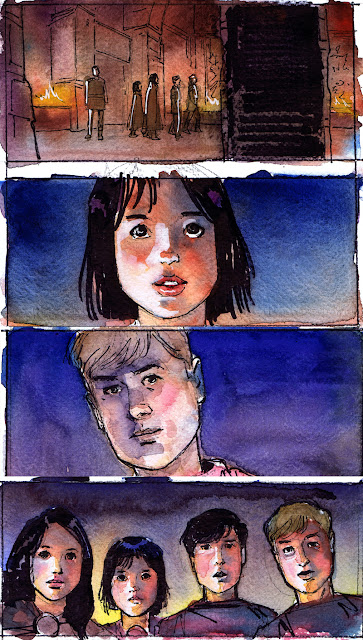 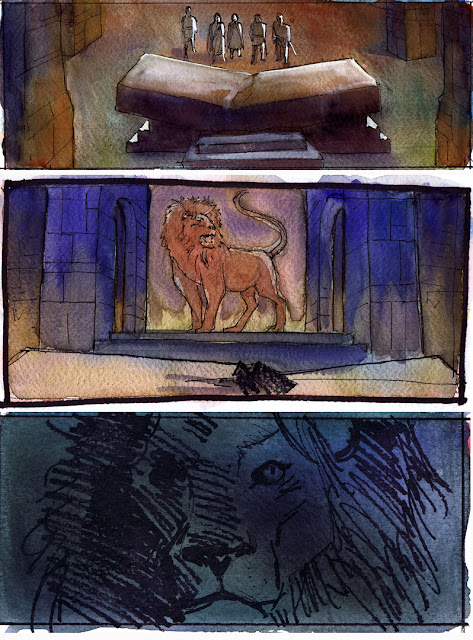 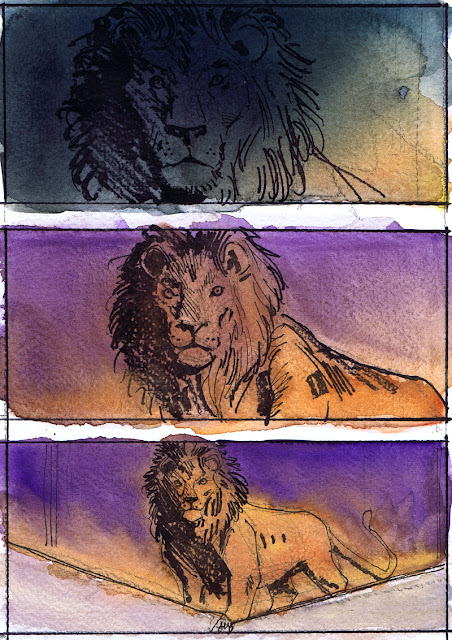 Next time a look at the three covers for the new Retrowood graphic novel: All Roads Lead to Rome.