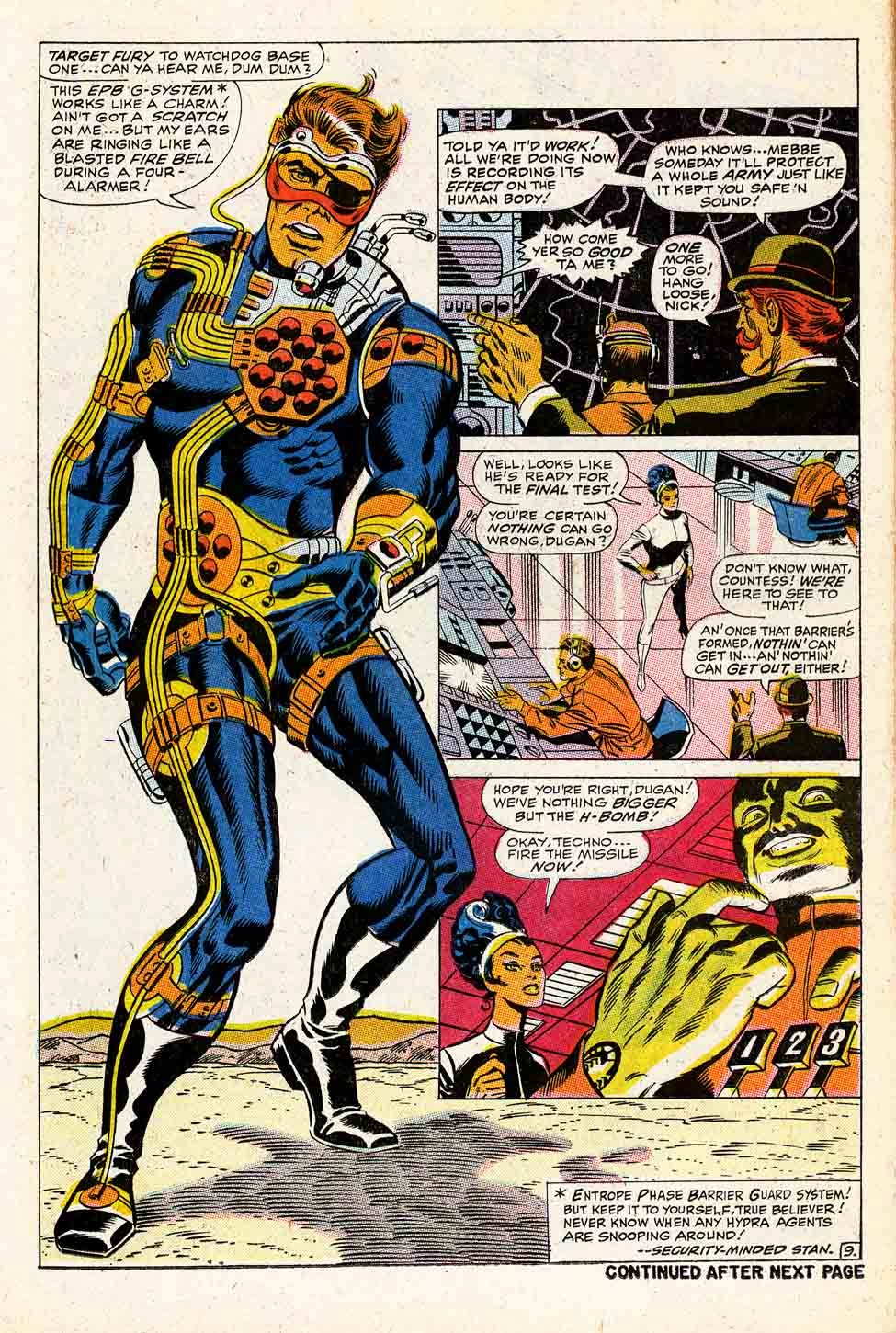 "Talkin' bout my generation.." The Who

After teaching school for three years in the early seventies I left that profession to try and pursue a much easier line of work: drawing comic books. I didn't have any training; the only art course I had even had in college was just art appreciation. But I had grown up loving the graphic story medium and had been doing my own attempts at the craft since I was eleven or twelve years old. How much harder could it be to do it professionally.


Fortunately, the Detroit area was a virtual hotbed of budding cartoonists at the time. Rich Buckler was certainly the best draftsman of the lot, and as I recall, the first of us to get work as a pro. And Rich was always generous with giving other aspiring cartoonists hands on experience working with him as an assistant…although he wasn't always as forthcoming when it came time to pay for the help. Still, it was a way to get in the door. 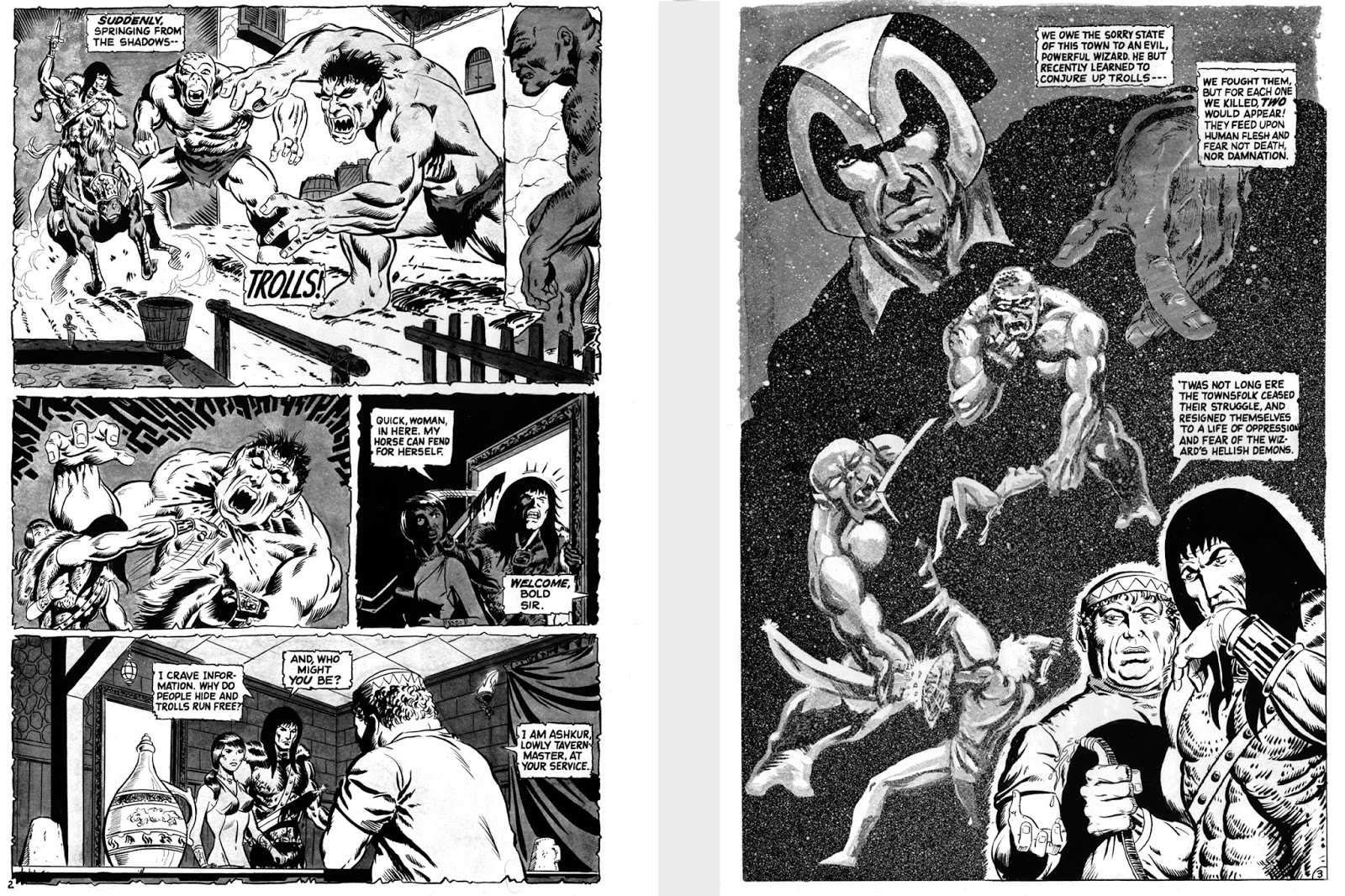 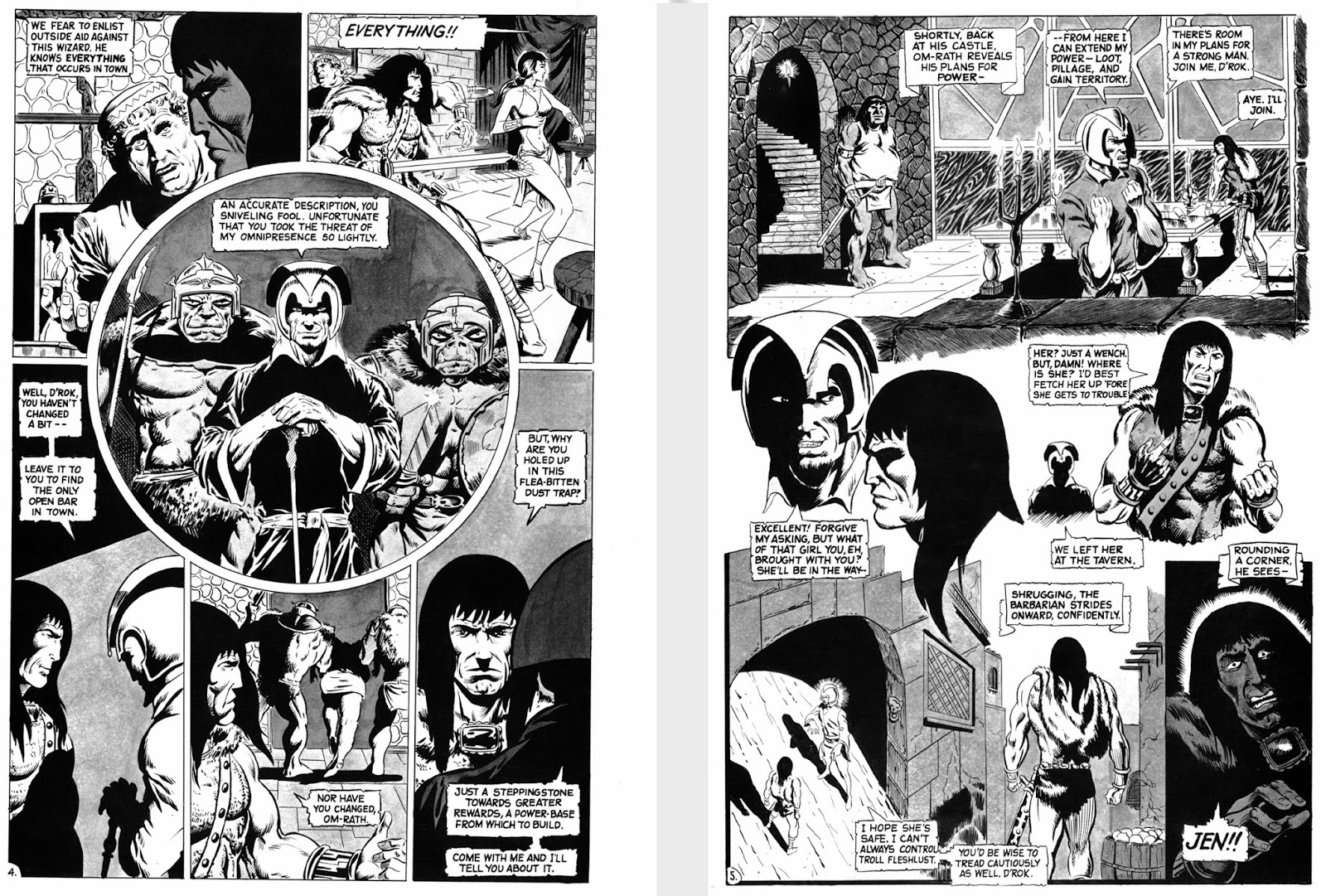 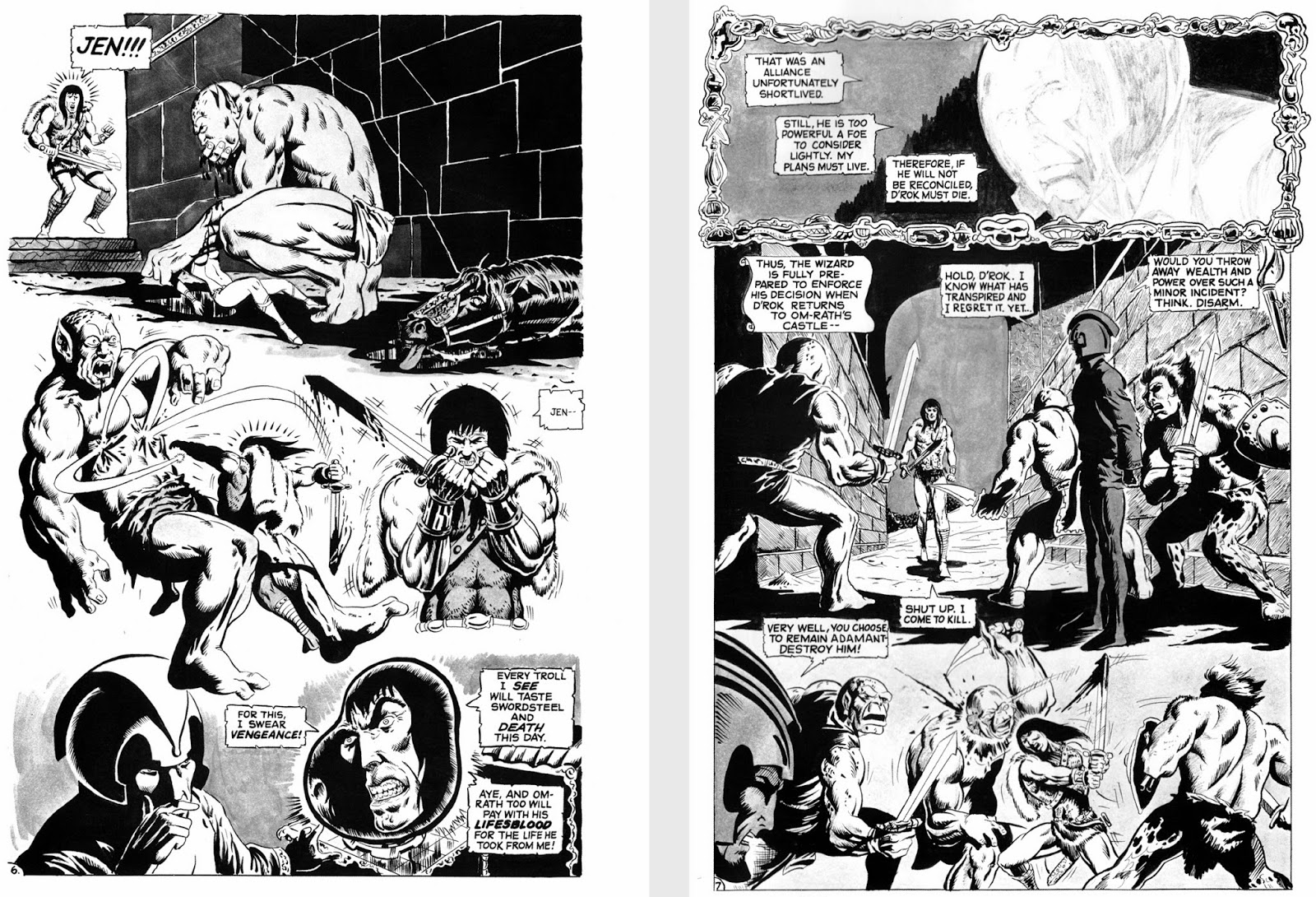 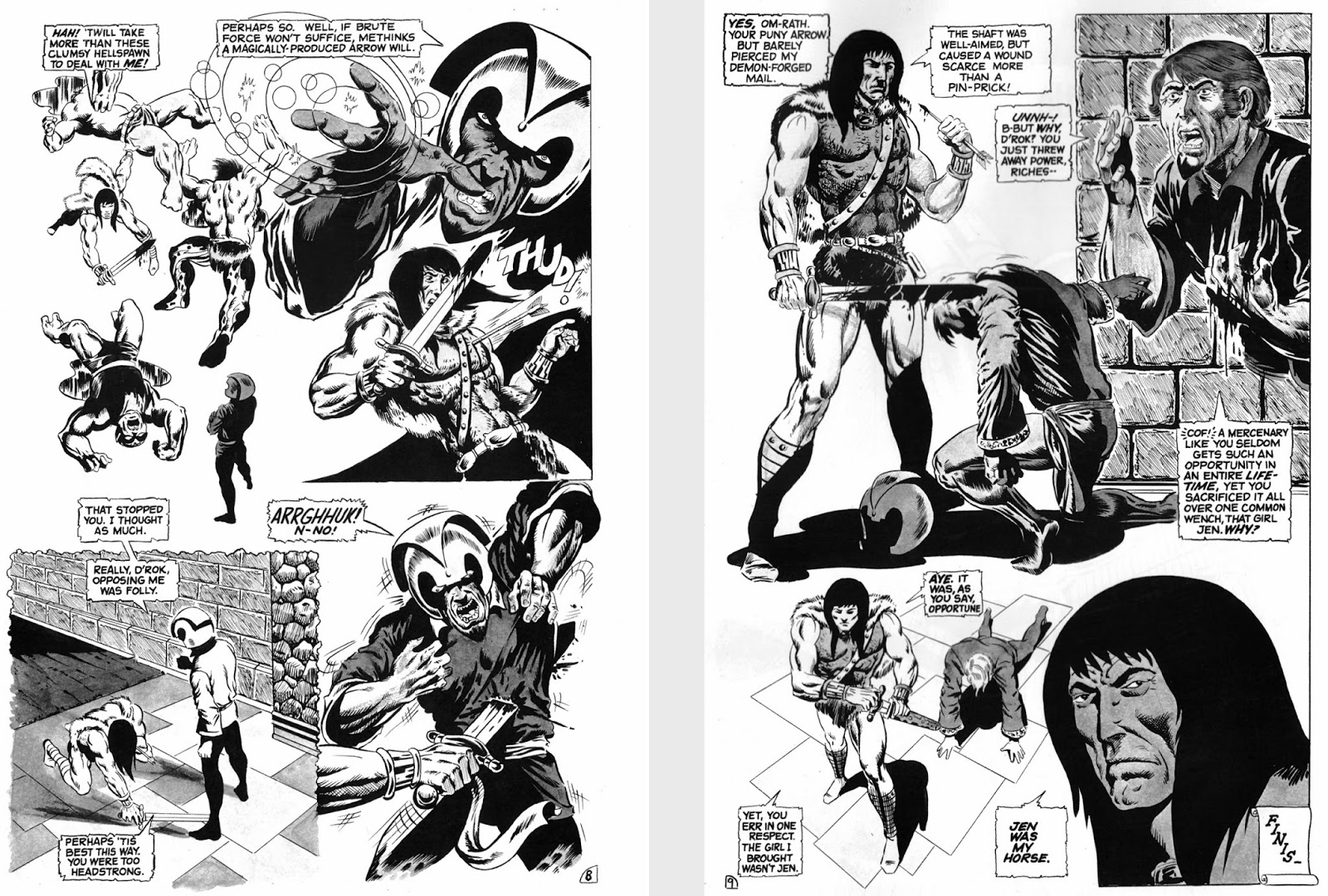 Two of my close friends  that I had known for several years from my fanzine days were Jim Starlin and Al Milgrom.  I had lost touch with them for a bit, but as I became more reinvolved in the comics scene we started to get together quite often . Jim had just returned from a stint in the navy and he had developed a real polish to his work. His storytelling had always been top notch. Milgrom was trying to establish himself as an inker and was doing as terrific job finishing much of the pencil work Jim was producing. We all contributed stories to a fanzine- actually a strip zine-that Al published called Title. In our youthful enthusiasm we were probably the only people who thought we'd all go on to long and fruitful careers in the comics.

What actually changed things for me was when Starlin started getting work. Up until that time, the idea that I could get a job in comics was a bit of pipedream- like moving to Hollywood and becoming an actor. It went against the midwestern factory town mentality I grew up with. But now I had a friend who had succeeded. It brought home to me that fact that this was a real possibility. Of course, I had a lot of work to do before I was ready to move forward. 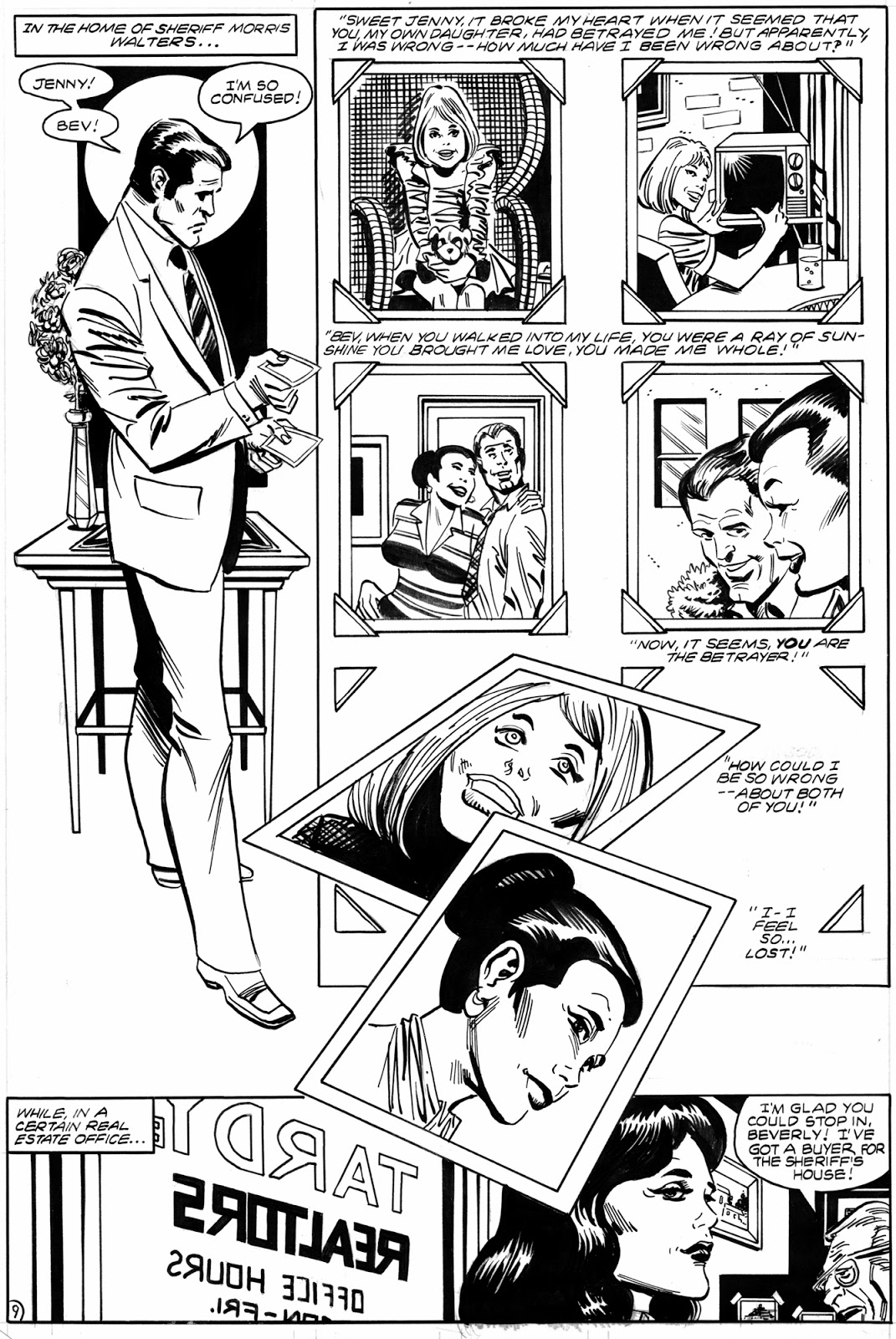 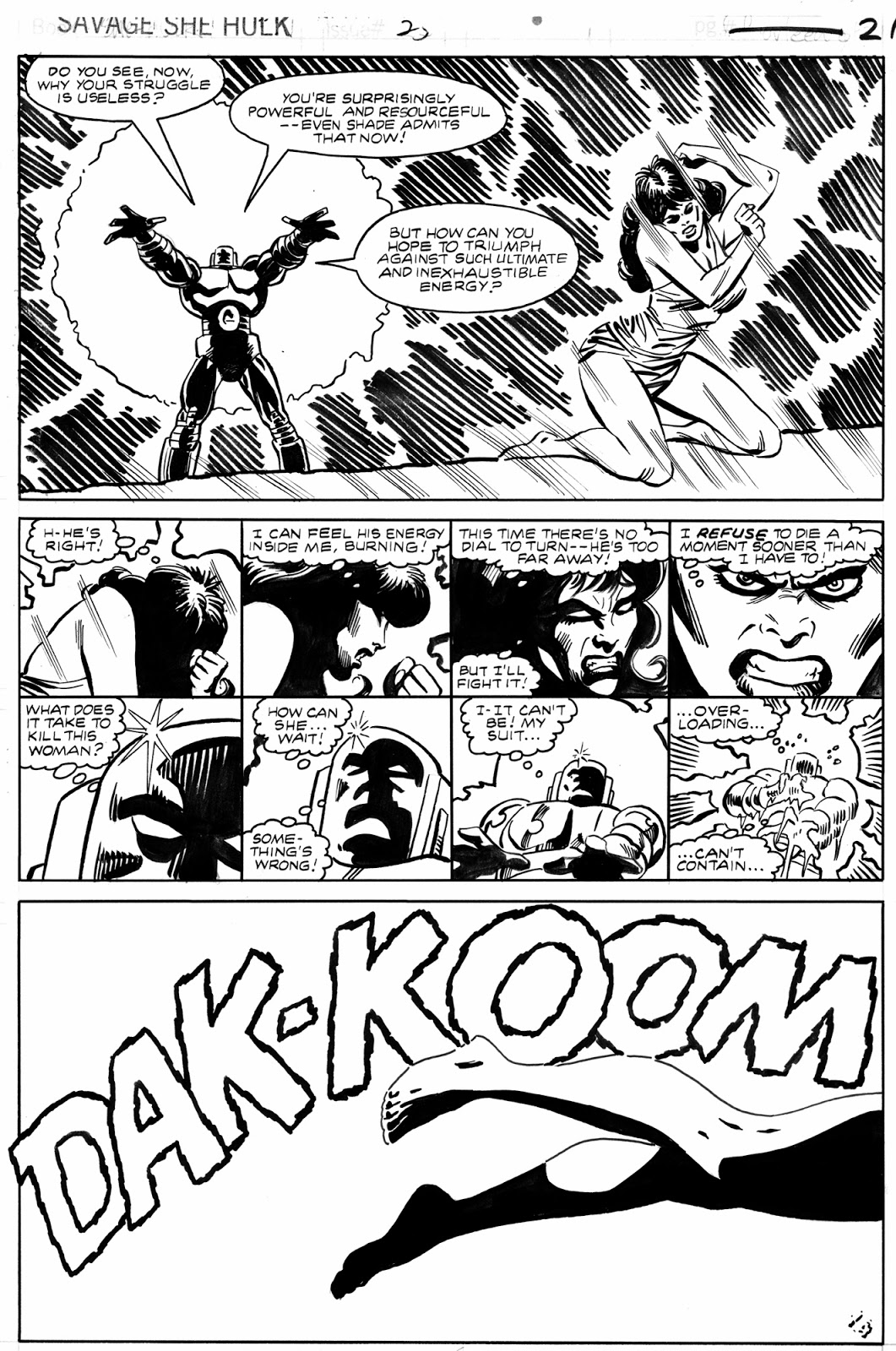 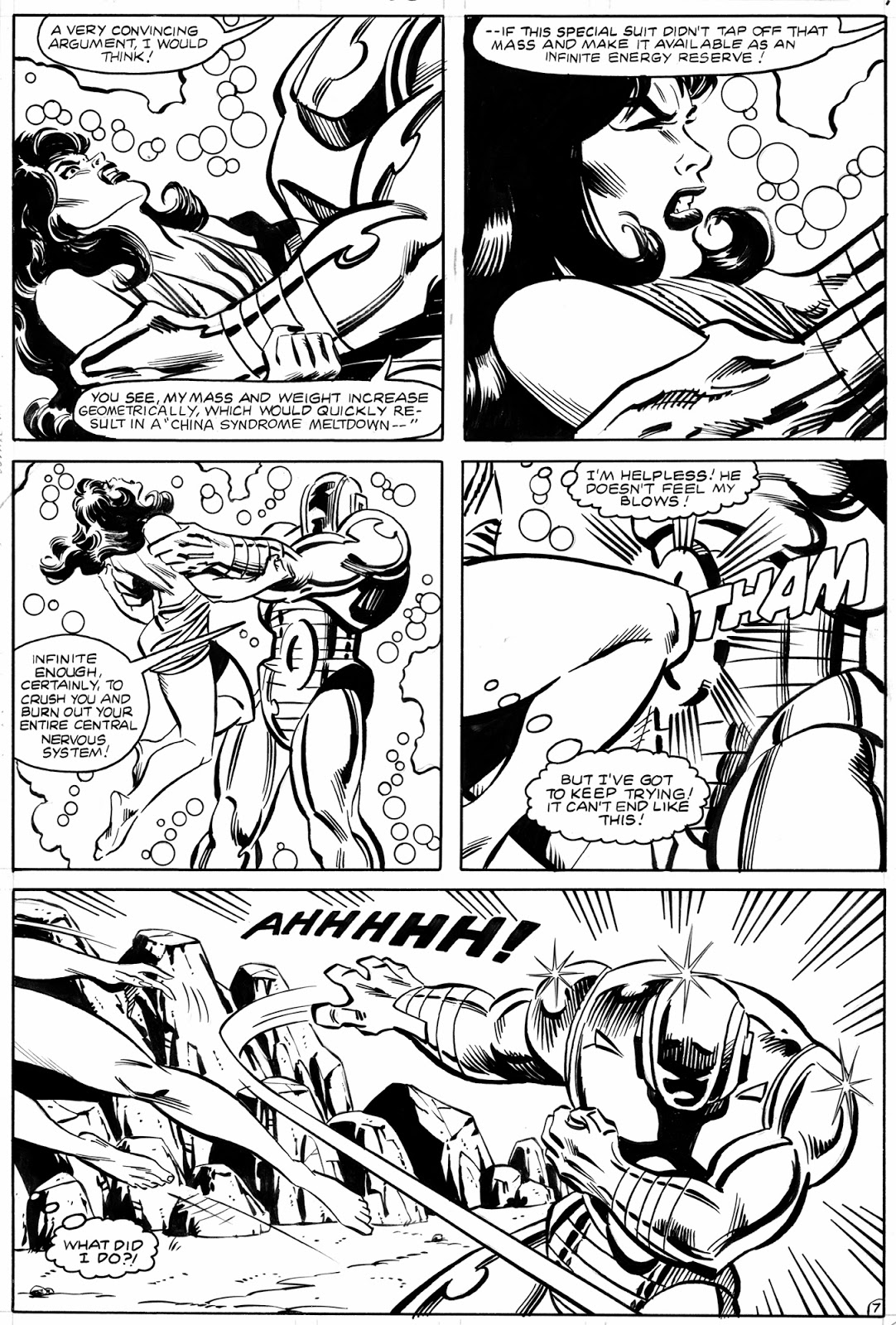 After graduating from Michigan, Al quickly followed Jim into the business, first working for Murphy Anderson as an assistant, and then rapidly getting his own freelance work. When I first went to NYC and started showing my work around, Jim and Al always offered me the hospitality of their apartments as a place to crash. I was completely put off by the urban environment and usually repaid their kindness with an attitude of "you actually live here?" I rarely stayed more than a week before I was heading back to Pontiac, Michigan.

Of course, Milgrom was a great help in getting my career started. He introduced me to a good number of folks at both Marvel and DC, as well as bringing me to Continuity Studios where Neal Adams allowed all the orphaned freelancers in town to hang out and watch the real talent , like himself, Dick Giordano and Jack Abel at work. Al and I also took a trip out to Connecticut that led to me doing several stories for Charlton Comics. Later on in our careers Al was the occasional editor of my work and certainly inked a number of stories. He was always a good friend. 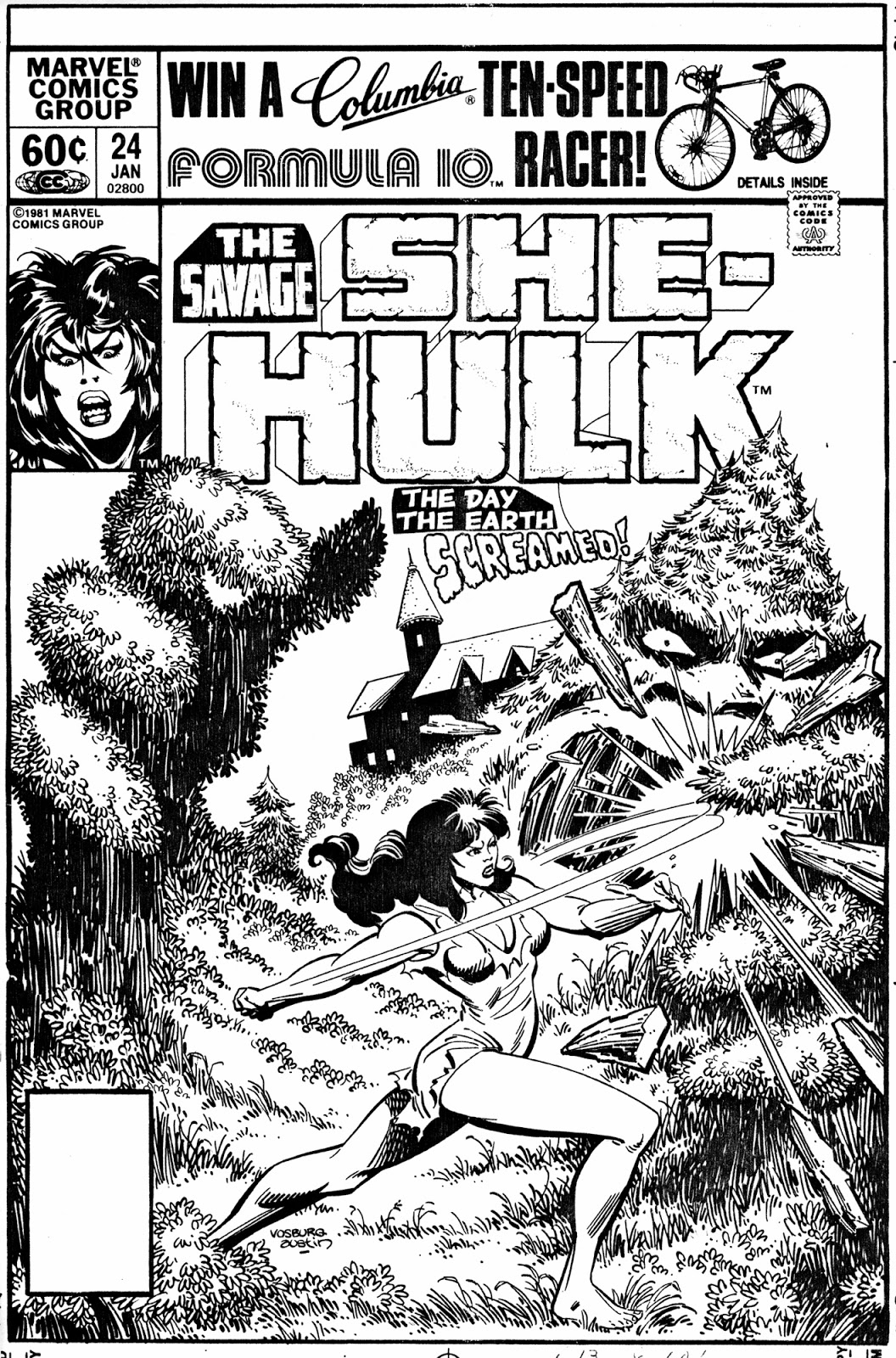 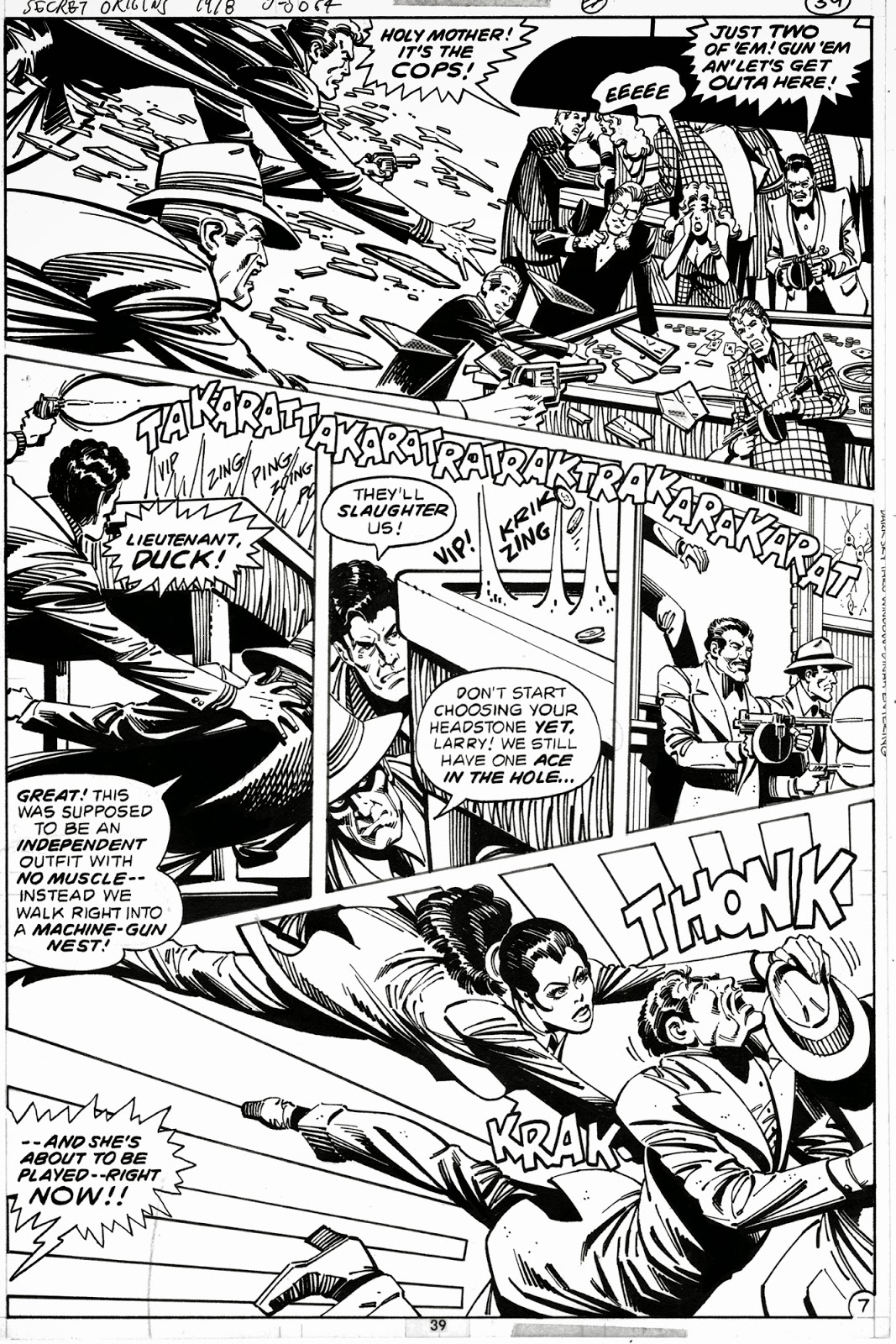 As was another Detroiter, Terry Austin, who was then working as an assistant for Dick Giordano if I remember correctly. Terry also inked several of my jobs with his wonderful slick style, and he wrote all the Cloak and Dagger issues that I did the art for…some of the last things I did for Marvel Comics. Working with him was always a pleasure.

Later Al Milgrom started sharing space with Walt Simonson out in Queens and all of my early days working in the business were spent at their apartment when I came into the city. Besides being  really incredible artist, Walt had a penchant for starting the day and finishing the day with popcorn and watching Bugs Bunny cartoons. He introduced me to Japanese samurai cinema at some little theatre on 42nd St. When I showed up on one visit, he had started dating some lady named Louise Jones; popcorn and Bugs were secondary after that.

Simonson was an amazing talent; he had actually gone to art school and that impressed me no end. He was very meticulous in his working habits and actually understood about the drawing process. However his real strength was his storytelling and design. Later he would share a studio with Chaykin and Frank Miller, in a space coincidentally remodeled for his own use by Starlin. My only caveat with Walt as an artist was that he never moved beyond comics and the world of Jack Kirby. I would have loved to have seen him working as a production designer, or as a writer, in film. As brilliant as his comicbook work was, it would have stretched him a bit further and increased his audience.

Kirby influenced us all and overwhelmed most of us. Part of it was the reality of the business: you could get work if you imitated Jack. But once you got work it was difficult to move beyond that and the superhero genre. John Byrne was one of the best in that vein. He came into the business as an exceptional artist, but working for Marvel he never really moved forward to another level. The advantage of starting out bad or mediocre is that you can always improve. When you are already very good, it is very difficult to keep improving; especially in comics where sales were far more important than creativity. 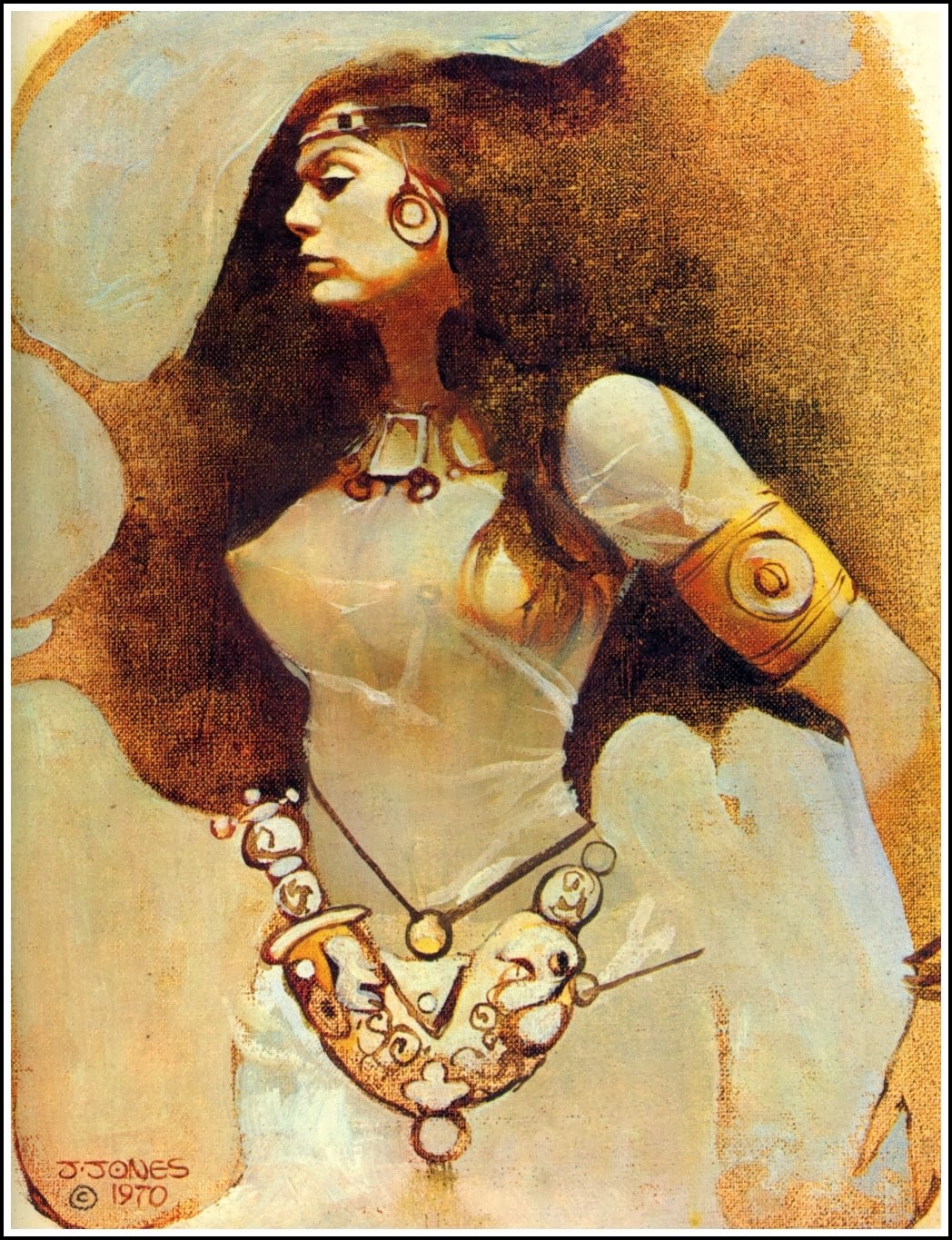 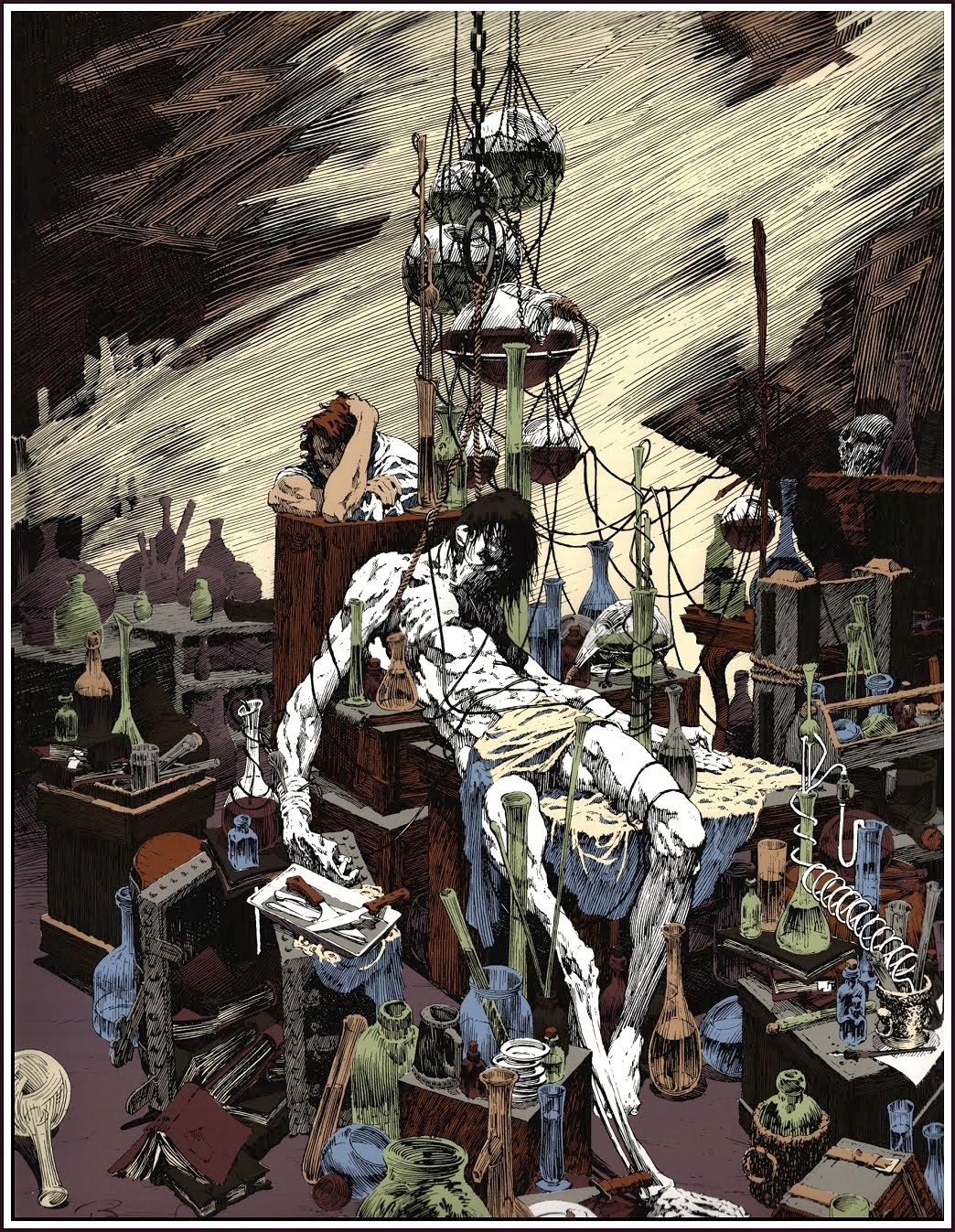 The top creative artists of my generation when I started working were Jim Steranko, Mike Kaluta, Bernie Wrightson, Jeff Jones and Barry Windsor Smith. The problem was that while their work always took your breath away, there wasn't a lot of it produced. With the exception of Smith, I don't think any of them produced more than a few dozen issues of comics. Each of those were special, but they were limited. Some of youngsters who came in slightly after me that weren't exactly chopped liver were Frank Miller, Mike Mignola, Bill Sienkiewicz and Steve Rude. By then comics had evolved beyond the corporate scope  and it was possible to pursue visions that were specifically your own, and all of these gentlemen pushed themselves to the limit. 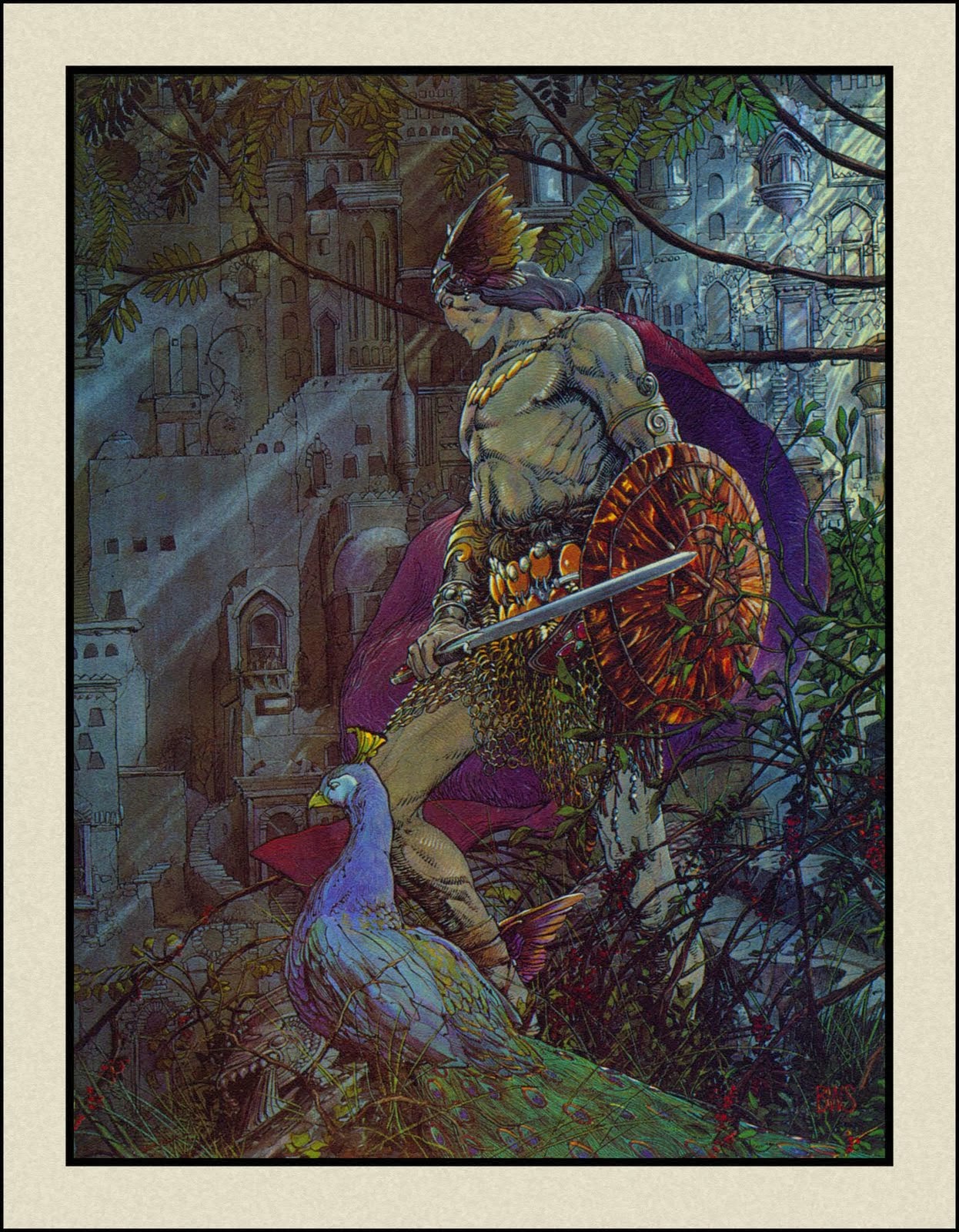 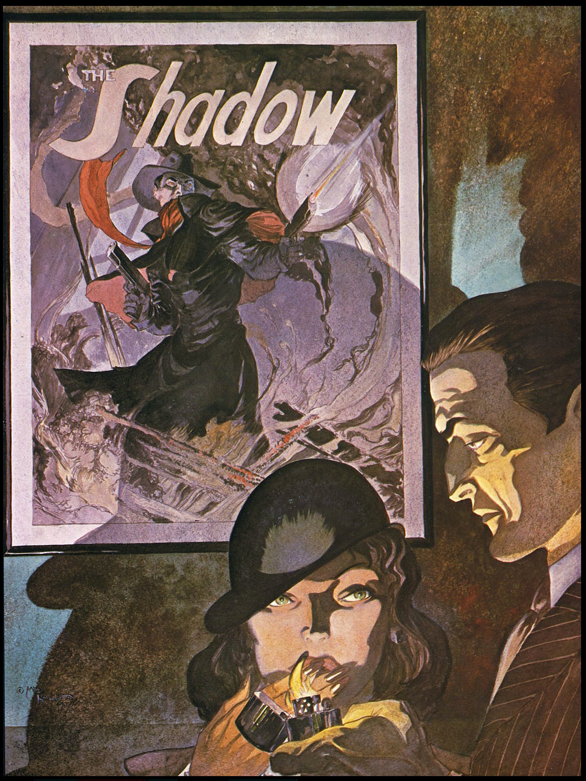 Next week, the best of my generation: Howard Chaykin. 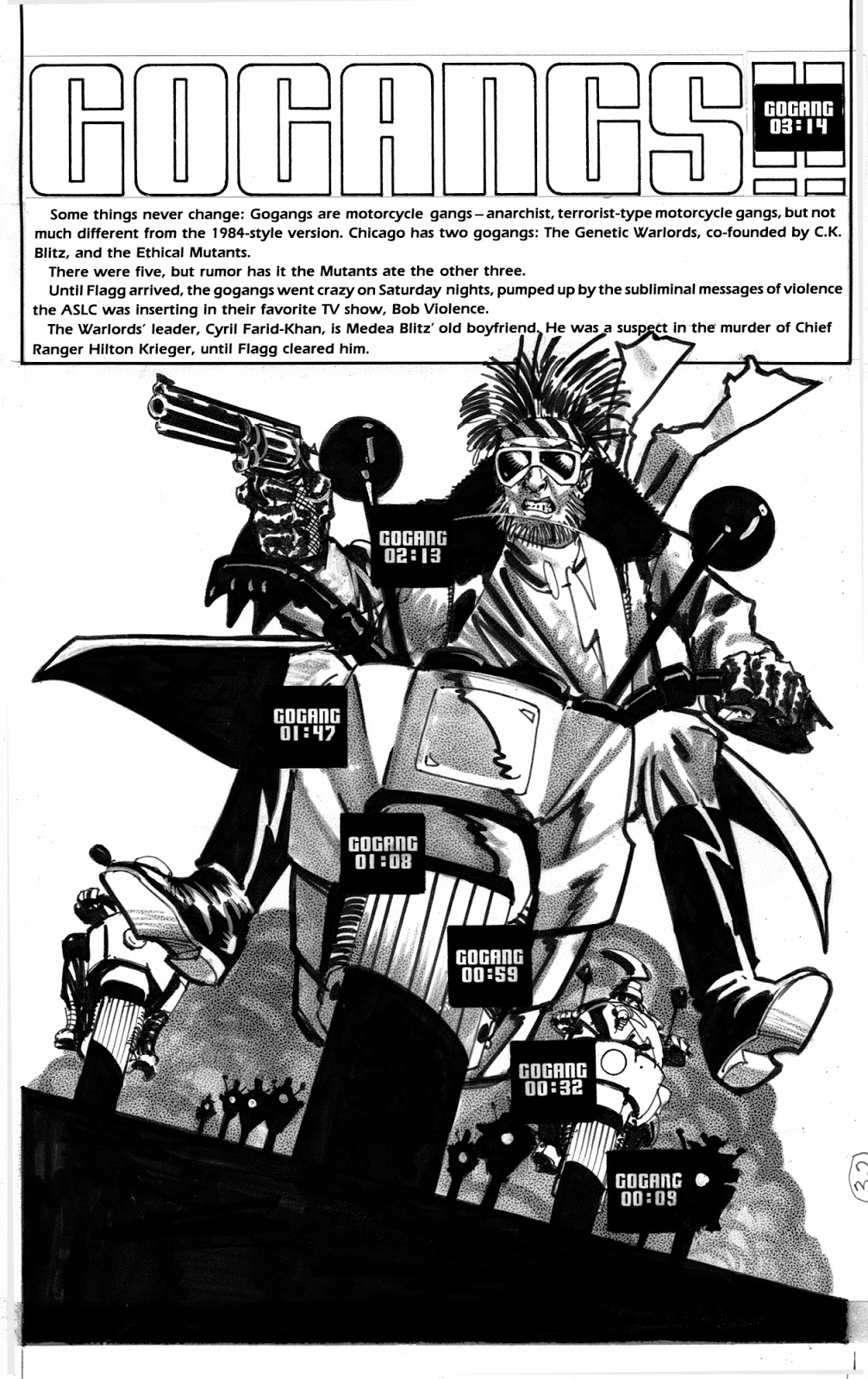