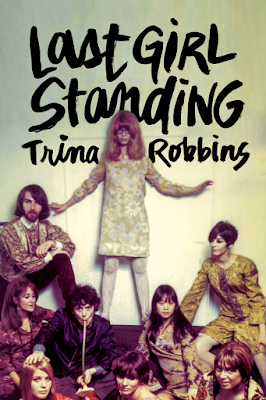 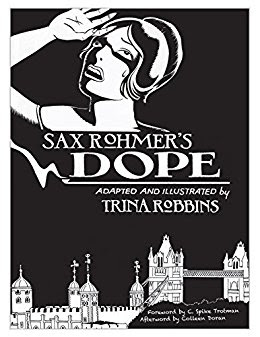 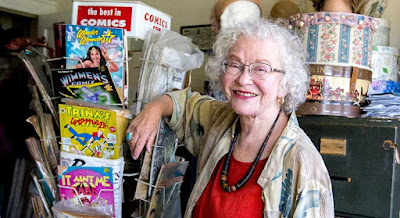 Here are  a couple of great books that have  my recommendations for great additions to your library . First there is Dope , Trina Robbins adaptation of a tale by the great Sax Rohmer, best known for his Fu Manchu novels. The story takes place at the time of WWI and centers around a group of young socialites who are caught up in the nefarious world of narcotics. It wouldn’t be Rohmer without a shrewd police inspector abetted by an English Lord whose special area of expertise is Asia.  The setting is Limehouse, the Chinese district of London, and the villains are the evil Mrs. Sin and her more complex husband Wa. A fun read with lots of twists and turns well orchestrated and well drawn by Trina. 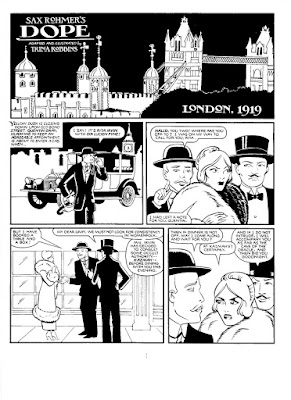 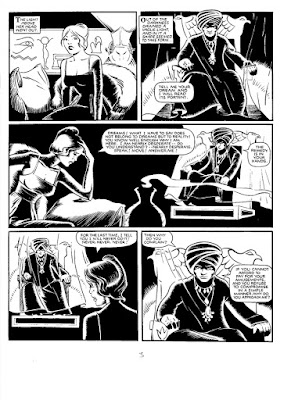 My only caveat with the book is that it is a reprint of work originally done in the l970’s in black and white. While Trina has a wonderful graphic sense of  design, with the current printing technology, I think adding a bit of tone to the artwork might have helped a good bit with mood and character identification. (IHowever, a real plus to this book is the extra features at the end on Sax Rohmer, Sex, Drugs, and the Yellow Peril, and The Devil Doctor in Comics, the latter even featuring a couple of drawings by yours truly. 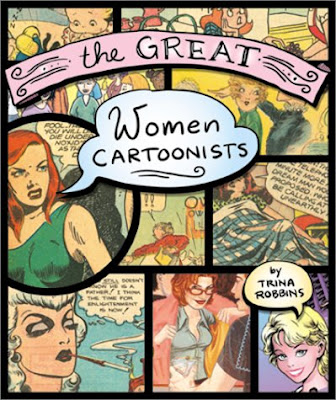 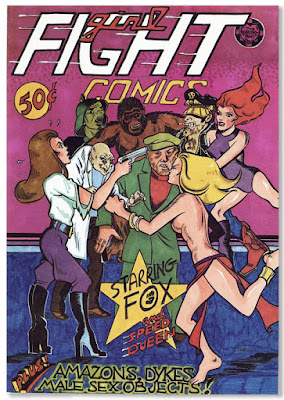 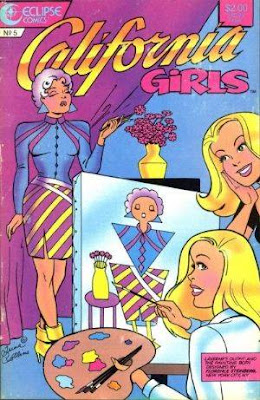 The other book is Trina’s autobiography Last Girl Standing.

Trina wears her wampum beads
She fills her drawing book with line
Sewing lace on widows' weeds
And filigree on leaf and vine
Vine and leaf are filigree
And her coat's a secondhand one
Trimmed with antique luxury
She is a lady of the canyon
- Joni Mitchell- Ladies of the Canyon. 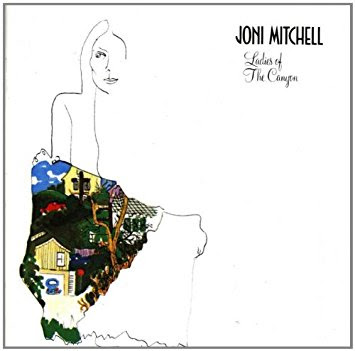 I had listened to that song a thousand times and had no idea that those lines were  about one of my comics and drawing cronies. And this book is filled with so many wonderful stories about Trina’s life that make it one of the more entertaining reads you’ll find in some time. I’ve met a few folks in the pop music industry who were part of that world, and way too many who were involved in the rebirth (and death throes) of the comics world. I don’t think I’ve ever knew anyone who was so involved in an intricate way with both. 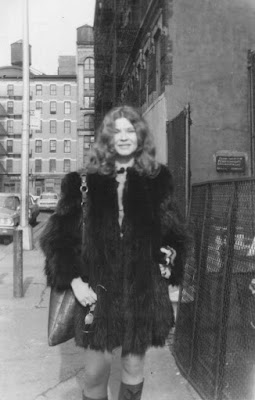 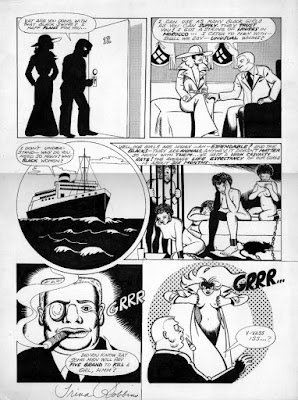 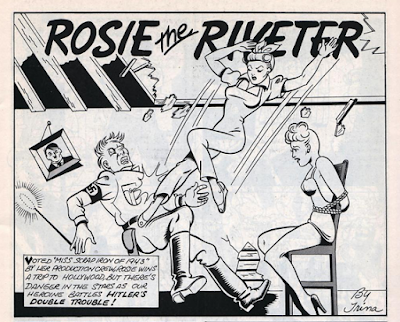 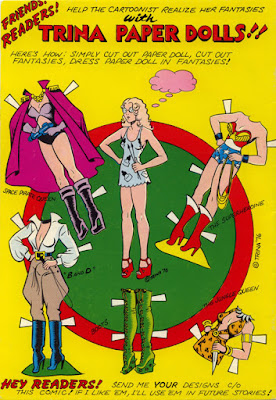 Trina’s journey as an aspiring cartoonist is interwoven with her years in  NYC, LA and San Francisco. Not only was she writing, drawing and producing the first feminist comics (It Ain”t Me Babe, Wimmin’s Comix) but at the same time was designing and creating clothes for the likes of Donovan, Mama Cass, David Crosby,etc. . And then there is her relationship with Jim Morrison.  Believe me, there is rarely a dull moment in the narrative. 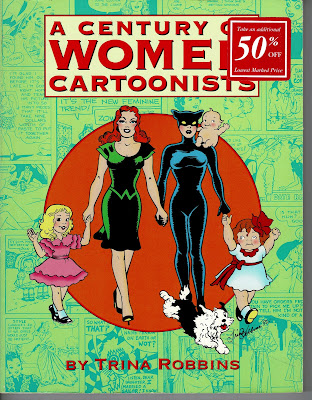 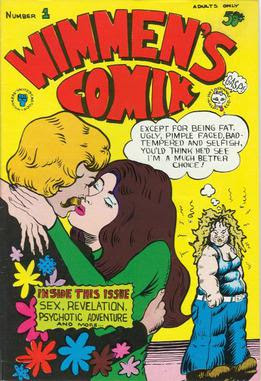 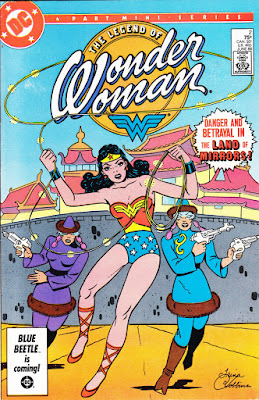 There is a good bit of acerbity with regards to her effort to  gaining a foothold in the male dominated comics world, but while I wouldn’t diminish her struggle as a woman in this field, I think there is a bigger picture. When I was growing up there were all kinds of comics: westerns, mystery, funny animal, teenage comedy, classics illustrated, and superheroes. But by the time Trina and I started looking for work as a cartoonist, the reality was that if you didn’t draw superheroes in the house (Marvel or DC) style , work was extremely difficult to find. While there were “underground” comics, and “independents” as alternatives, neither of them could  offer economically competitive rates. The real pioneers in the independent field were  Artie Spiegelman, Howard Chaykin, Harvey Pekor, Dave Sim, Moebius, and several others who were doing their own  material that shattered the mold for traditional comics. While they made little money and often got even less respect, they were reshaping the graphic story as we knew it.

Trina was also in this mix. So while a lot of the rejection she faced in the industry might have been gender based, a good deal more was  simply that her work was far too personal and original for corporate comics whose only focus was on sales. Probably the best interview I ever had was at Nickelodeon where after the art director looked at my samples he told me, “Wow. Your work is really good. You couldn’t work for us.” We both laughed out loud because I knew exactly what he meant. Trina probably also experienced this, and thank god she didn’t conform or her book might never have been as provocative and enchanting a read. 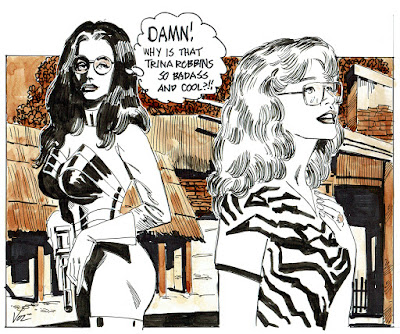