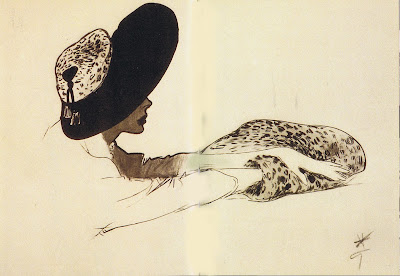 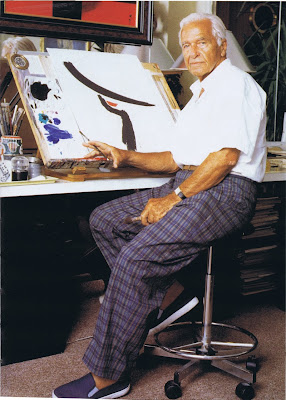 A few years ago I was working at an ad agency one day when one of the owners came by with a book that I immediately asked him to look at. It was an oversized portfolio featuring drawings of a fashion illustrator named Rene Gruau. I'm not sure how much work I got done in the next hour because I was absolutely astounded by the artist's work. I immediately picked up the very expensive volume to be part of my library and began tracking down whatever else I could find on Gruau. 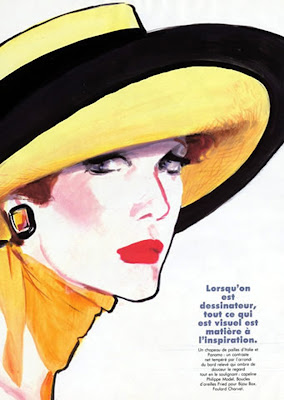 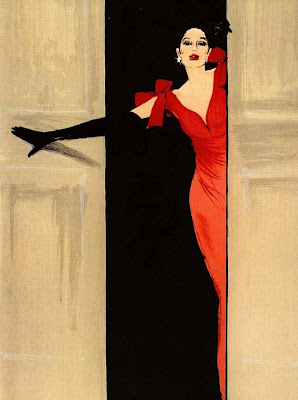 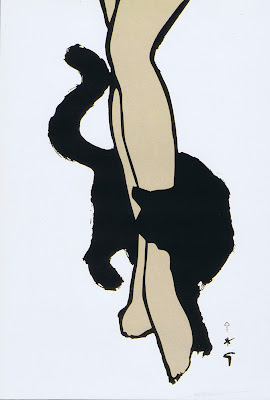 I also began asking my other artists friends if they were aware of the illustrator. Most of the folks had strangely enough never heard of him...with the exception of Howard Chaykin who announced he had several books on Gruau. Made sense. Once you have become familiar with him you can't help but be amazed by the man's ability. 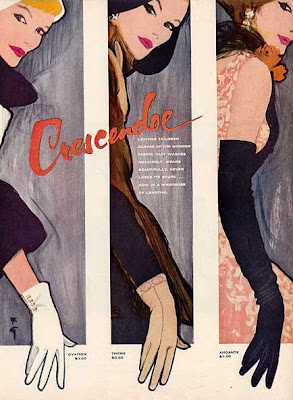 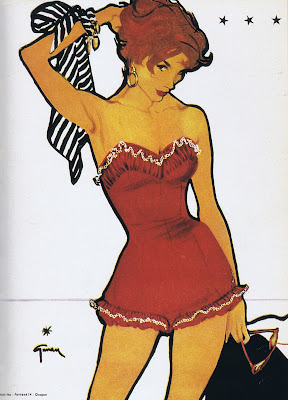 Born in 1909 in Rimini on the shores of the Adriatic Sea, his father was Count Zavagli-Riccidelli delle Caminate. His parents separated when Rene was three, and at 14 his inheritance was embezzled by the trustee of the estate. While drawing had always been his pastime, he had planned to become an architect, but upon the advice of his friend Vera, the Italian fashion writer,  he turned to fashion illustration as a way to make a living.

Once he started getting work, he convinced his mother to move to Paris where they escaped the fascism of Mussolini in Italy. It was at this time that he met Christan Dior with whom he began a lifelong collaboration. 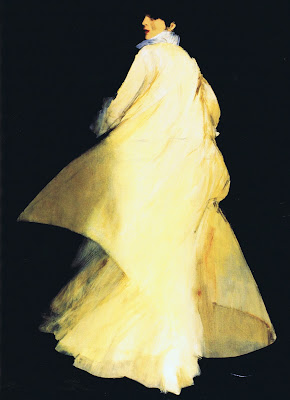 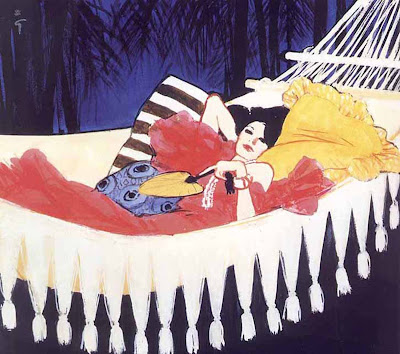 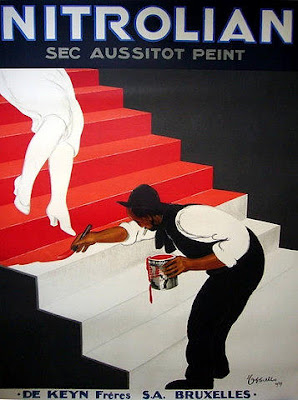 In the 30's Gruau was extremely successful and continued to work exclusively in Paris. However, with the onset of the Nazi occupation, he moved to the Riviera, where his life was virtually undisturbed during the war. By 1947 he was back in Paris and was teamed with Dior, who remained his major client well into the l970's. In l948 he went to NYC to work, and eventually onto the west coast to Hollywood. However, he found the "dream factory" a bit too much of a factory for his tastes and left without ever taking on any major projects. 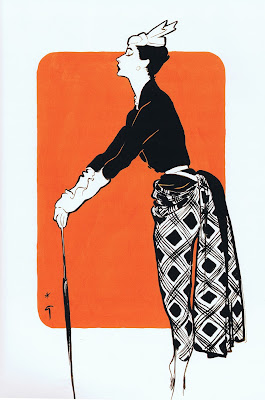 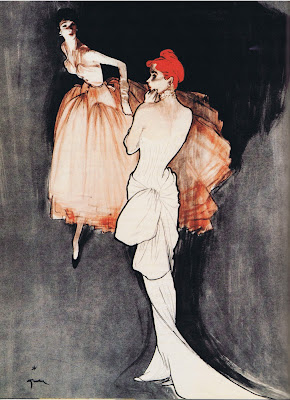 He was as much a virtuoso working in advertising as in fashion. His process was described by biographer Francois Baudot as:" ...he would sometime repeatedly rework a drawing, being highly exacting in his judgment of each line. Each sketch generally required the presence of a posing model. Gruau drew first from life: first fanciful sketches, then grouping, and then making the lines firmer- a complex process that sometimes entailed a series of eighty sketches. A far cry from the quintessential apparent simplicity." 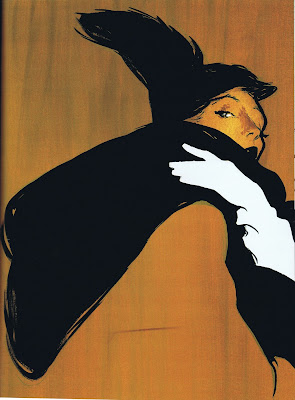 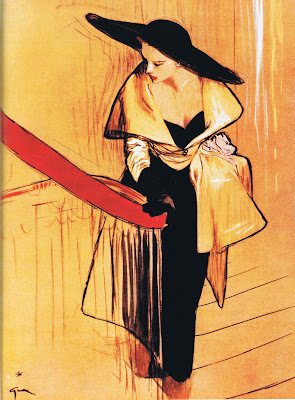 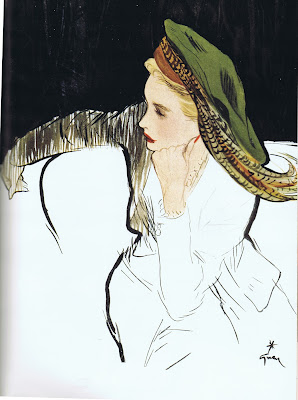 Rene Gruau died in 2004 at the age of 95, continuing to work up until his death. While by this time the world of fashion illustration had passed on (forgive me David Downton) the illustrations of Gruau still remain alive and fresh. 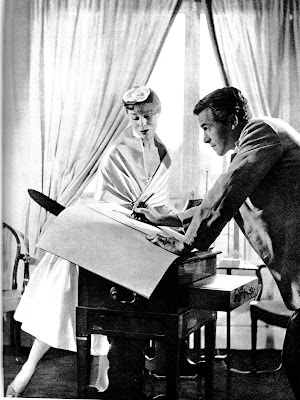 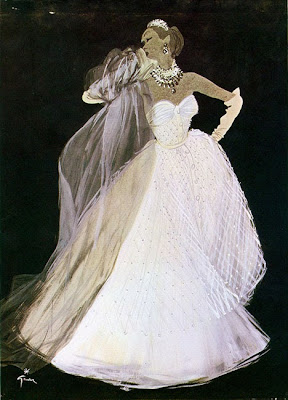 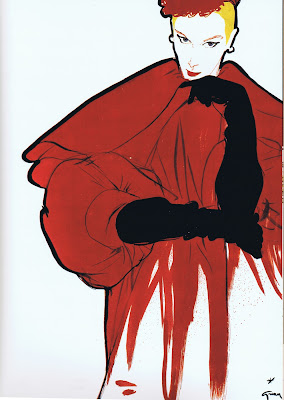 Next week: In the second part of this post I'll be showing some examples of the artists the Gruau influenced over his lengthy career, and of course more of the wonderful drawings of G*.