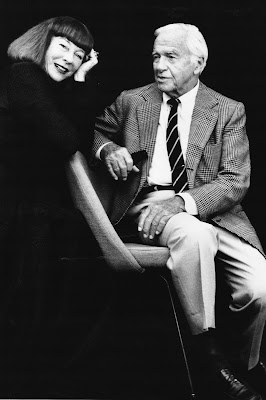 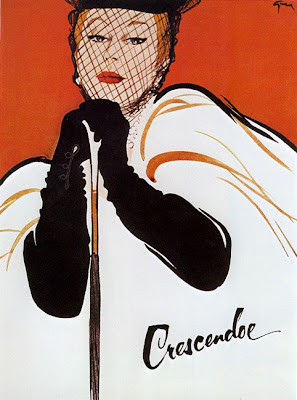 Last week after finishing up my working on the blog and my daily art tasks, I rewarded myself with a trip to my favorite bookstore,The Iliad, to search for some new mystery books to read. While there I saw behind the counter  the edition of the Gruau book that I used for many of the images printed here and casually asked about the price. "If it's in that cabinet, then it's at least $300." I remember buying it for $75 and thinking it was pricey, but well worth it. I guess I'm a wise investor. 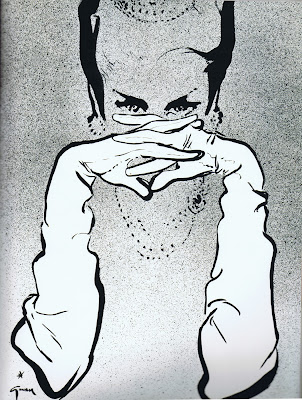 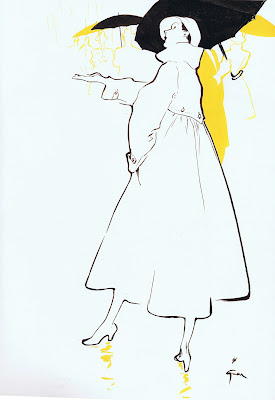 Gruau had a long career, spanning 70+ years. He and Eric (Carl Erickson) were arguably the greatest fashion illustrators of the twentieth century. As such he was a major influence on a number of artists, particularly those in illustration and advertising as his work improved and evolved over years. While he might not have been a primary influence on  the artists mentioned below, you can certainly see the changes that occurred in their own work, whether through the influence of the contemporary styles or through there own familiarity with Gruau. 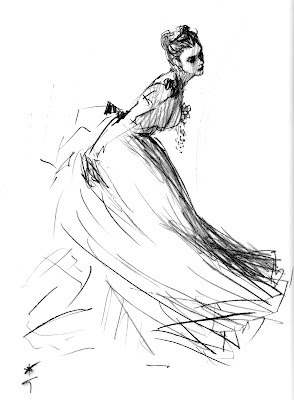 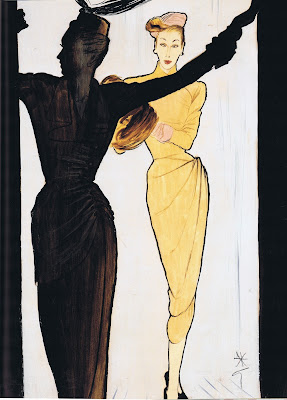 I asked Bob McGinnis about this, and while he mentioned Gruau as certainly someone he was looking at and aware of, his own favorite fashion illustrator was Todd Draz. And when you look at Draz, you can see the similarities to Gruau. When I started out in comics, my heroes were Kubert, Starr, Toth, and Wood. As I matured, I discovered Robert Fawcett, and found that he was a major influence on all of them. 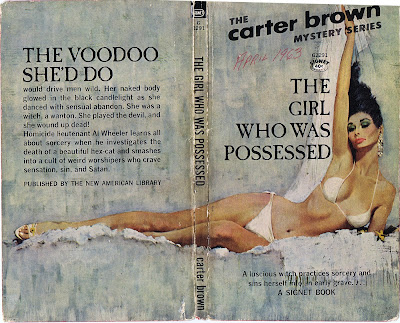 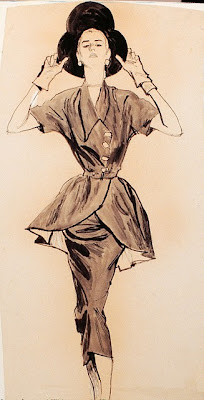 One of the illustrators who's style changed dramatically over his career is Al Parker. Very much a student of the painterly style in the 40's, you can see his work developing into a far more graphic style in the late 50's and beyond. 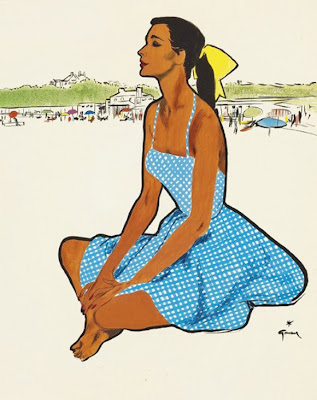 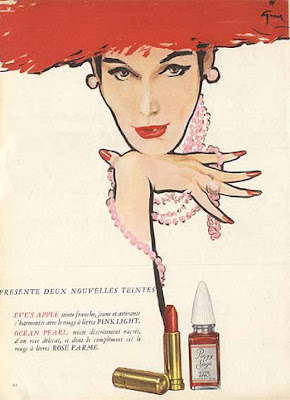 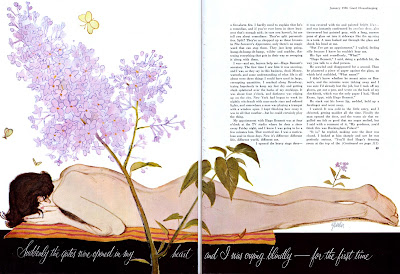 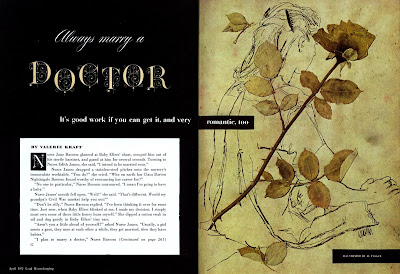 Coby Whitmore never seemed to leave behind the wonderful painterly approach he took with figures, but his compositions and settings certainly were simplified in that same period. Jon Whitcomb went through a similar transformation, but less extreme. 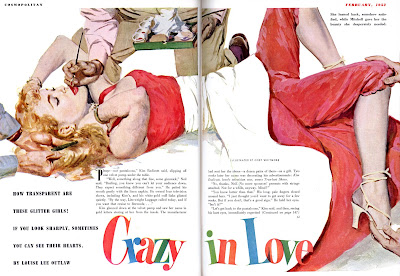 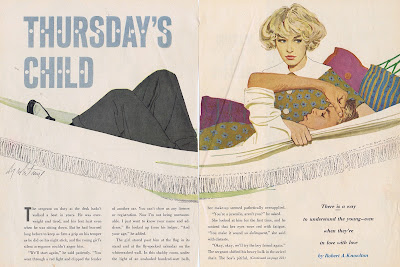 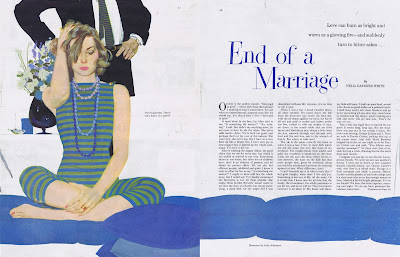 Bob Peak seems to be the most dramatically influenced by the change in fashion illustration, which was his own background. Peak brought a graphic sensibility to his advertising and illustration work that set the standard for the time. 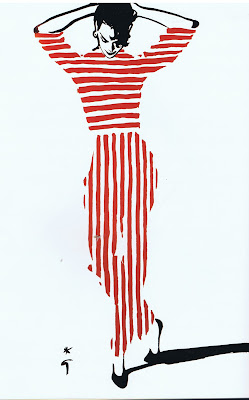 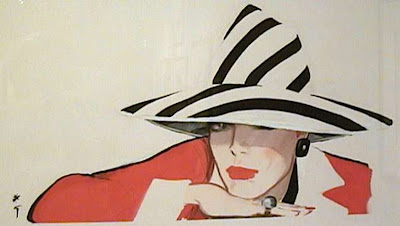 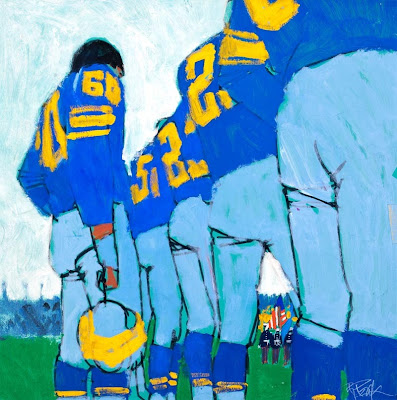 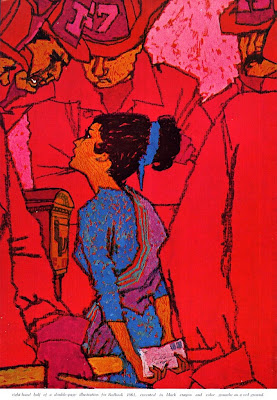 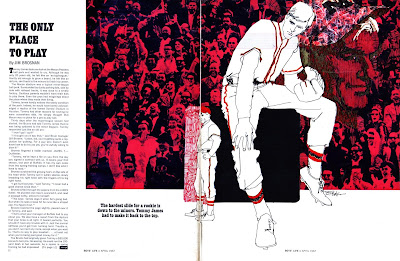 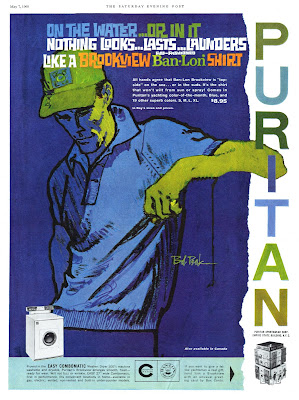 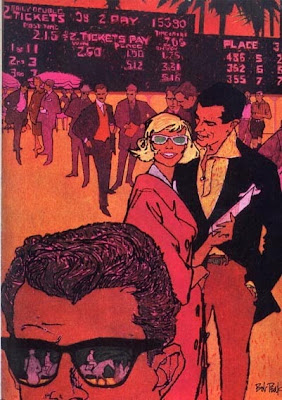 You certainly can't exclude Jean Giraud from this discussion. He was certainly tuned into his fellow adopted countryman. 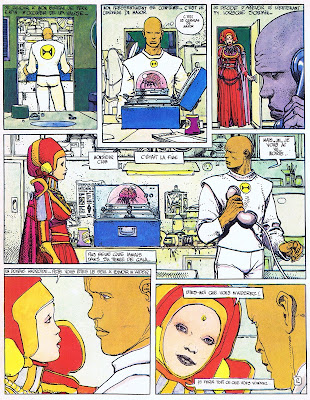 The current leader in fashion illustration is of course, David Downton. Below are a few of the absolutely scrumptious drawings he did of Dita Von Teese. Both the freshness and spontaneity of the work and the fact that he doesn't create these digitally makes me a major fan. You might want to check out Downton's book, Masters of Fashion Illustration, for your library. 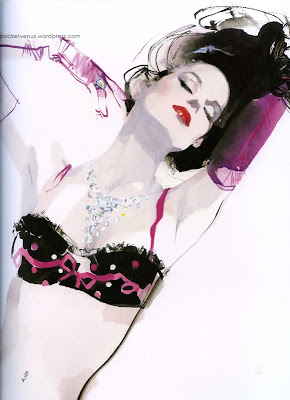 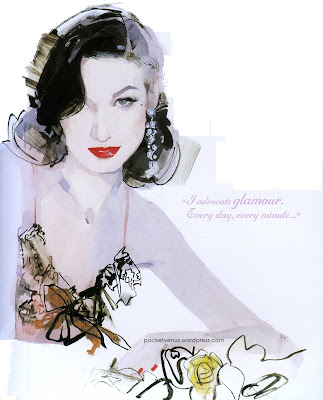 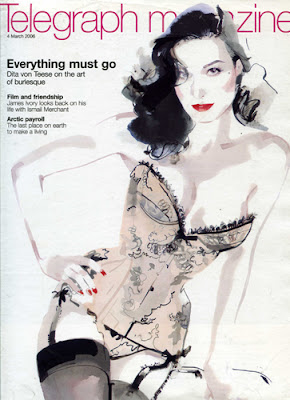 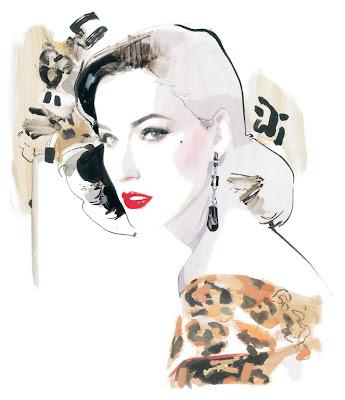 So what is it I admire about Gruau? His simplicity, his spontaneity, the drama in his compositions, his starkness of color, the elegance, and the purity of his line drawings and figures. When I look at the work it always leaves me in awe, and at the same time inspires to improve my own chicken scratches 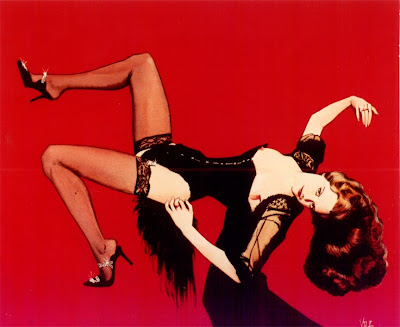