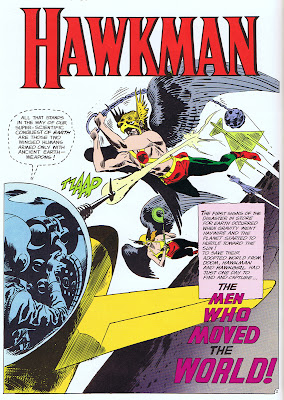 My earliest emotional memory of a comic book was as the age of five slamming shut in terror a story about a caveman fighting a giant octopus; I had no idea at the time that the cartoonist would have such an impact on my life and career. The story was by Joe Kubert in one of the issues of Tor. At 10 or 11 I remember discovering another series that seemed head and shoulders about whatever else I saw in comics in those days. That's was Joe's Viking Prince. 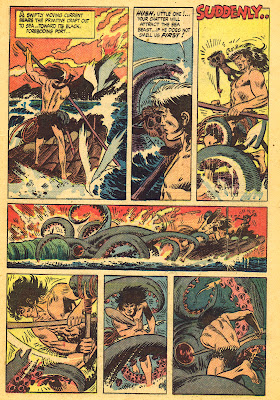 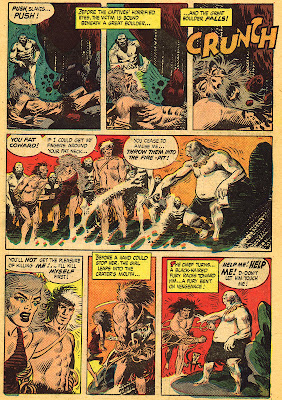 I was just beginning to doodle in those days and becoming aware that different artists drew different features, and this particular artist had me hooked. A year later the superhero craze hit and as a skinny adolescent boy they immediately hooked into my fantasies- then I saw the cover of Brave and Bold #36 with Hawkman. 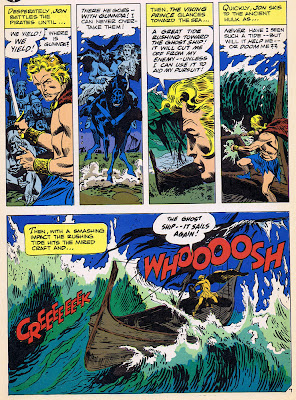 It changed my life. Looking at that cover and reading the issue I knew I wanted to draw comics- and draw like this. I had officially become aware of Joe Kubert.

While I think that Alex Toth was one of the truly great artists in the field of comics, I never liked his work as a kid. It wasn't until I was in my 20's and working professionally that I was able to appreciate what he was doing. And too often  I reread books or reviewed movies that had thrilled me at an early age only to react with chagrin as an adult. Hitchcock I loved as a kid, and I love his movies now. I can still reread Sax Rohmer and the thrills are intact. N.C. Wyeth got me then, still gets me now as does my favorite singer Joni Mitchell.  In comics it’s Joe Kubert. 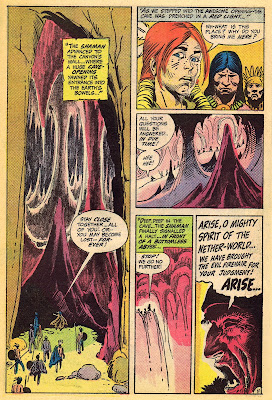 Kubert is the essence of style AND substance. He’s the Cary Grant of his field,
smoothly and seemingly effortlessly gracing his way through stories.  At the age of 30 I recall a fan telling me: “Oh, I know you! You’re  You’re one of those OLD guys.” In a young man’s field Joe just got better with age. He tells me he sold his first professional work at the age of ll 1/2 and even his last work done in his 80's there was still a life in the line and a dynamism in his layouts that made him a CONTEMPORARY of his sons Adam and Andy (two excellent artists in their own right.)

To try and cover Joe’s professional career would take a volume or two so I’ll try and keep it brief. As a teenager in the forties, he learned the craft  inking numerous fine cartoonists such as Mort Meskin and Will Eisner. But he soon proved he could handle features on his own when he took over the Hawkman strip in Flash Comics and he became a mainstay at DC Comics. 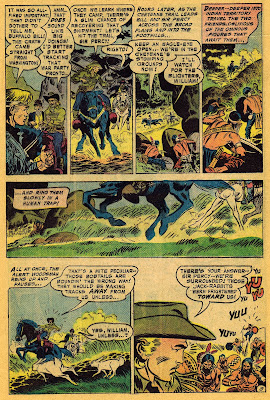 The decade of the fifties brought major changes, the first being Joe’s marriage to Muriel in l95l, the same year he was drafted in the army. A year later after his tour of duty, Kubert returned to comics in a different capacity. With his friend Norman Maurer (who as married to Moe Howard's daughter) he became editor and publisher at St. John’s publications where they pioneered the first 3-D comics. Oddly enough, while the books they were producing at St. John were first rate (Tor, Three Stooges, Mighty Mouse) Joe felt that is was not the gimmickry of 3-D that led to its quick rise and fall but poor material. 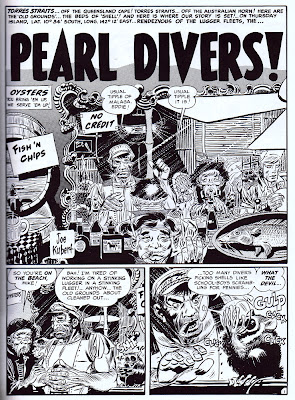 Being involved in the business end of comics provided Joe with added experience when choosing work as he continued on with his career. At St. John, specifically on the Tor feature, Joe’s drawing sensibilities had moved forward dramatically. He had continued to refine his storytelling techniques and became more involved in the writing.When he returned to DC comics you can follow a major change in his approach to rendering the artwork of the course of the Viking Prince feature.  The first issues are very linear with a slick thick and thin brushline. By the end of the run two years later he had adapted a much more complicated crosshatching technique. It didn’t look BUSIER, just more subtle. Joe claimed that with the exception of consciously trying to adapt a more commercial style ala Caniff in his early days, that all the changes in his work over the years simply reflected his increased artistic abilities. 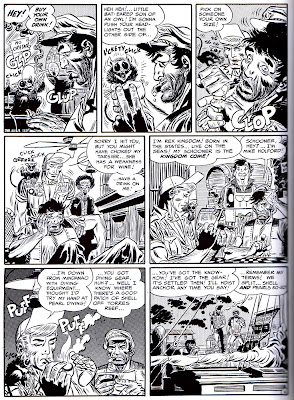 Hawkman, Sgt. Rock, Enemy Ace, Tarzan, Ragman....the list just went on with one solid feature after another. He became an editor at DC comics. Joe also drew the controversial  “Tales of the Green Beret” newspaper strip.If Kubert had only his comics credentials his list of achievements would be major- but he didn't stop there. 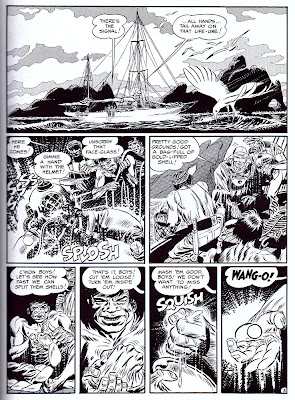 In l976, with his five children grown and out of the house, Joe and Muriel combined their skills (she was a business college graduate) and opened the Joe Kubert School of Cartoon and Graphic Art. He felt that there was simply no school that taught the skills needed to enter our career (and he was probably tired of answering numerous questions/letters from fanboys like me). More than that, the school  provided Joe with a chance to  give something back to the profession as well as train a new generation (including his aforementioned sons) that could take graphic storytelling another step forward.  forward. 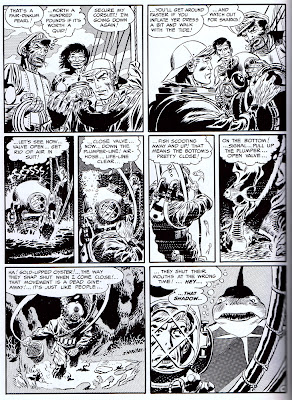 Graphic storytelling: that is the essence of Joe Kubert’s abilities.I once asked Alex Toth why he thought Joe with his abilities never moved out of the field of comics. His reply was simply:"He's just a dyed-in-the-wool cartoonist-he just loves what he does." It's that love that is so evident in the work. 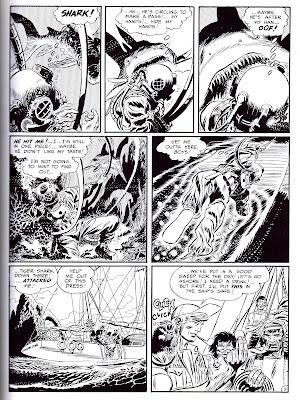 In the late 50’s as comics began a rebirth of popularity all the styles were very linear, especially among the popular fan cartoonists. You had outlines- you filled them in with color. Heavy use of black was avoided. Both Joe and Alex never accepted this. Both used black like a color, designing panels with high contrast lighting and strong graphic shapes. Where most work was flat, Joe’s had a tonal, three dimensional quality, and an overall darkness in the stories than suggested something both mysterious and wonderful. 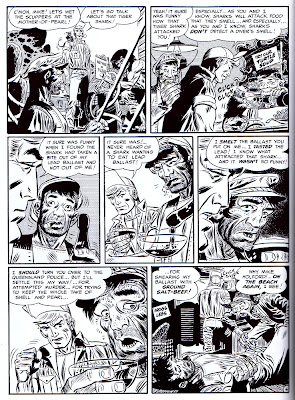 Cinematography: I think that Joe really became his own man with Tor, experimenting with large double-page splashes, wonderful impressionistic backgrounds, clear clean action scenes and lots of use of the dramatic closeup. His work began to reflex the cinemascope aspect of movies as well as their dramatic content. Since that time, his stories became less concerns with drawing and more about wielding a camera. Like Leonard Starr, I would have loved to have seen Joe direct his own feature.

Movies (animated and life action) move in real time; comics have there own Einsteinian rules of time and space. Not only are you designing a picture that has to fit in chronology and style with each of it’s companions, but they all must be integrated on the page to form a single comprehensive design. No one in the business understood that better than Joe. Each frame is part of a whole and yet unique on its own. 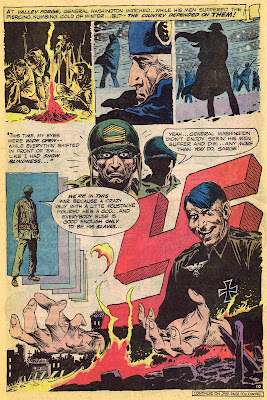 Joe was my inspiration to become a cartoonist. The work still gives me thrills chills and a wonderful consternation of “How in the hell did he DO that.” The love of the craft constantly shines through. But his artistic achievements are understated when you compare them to the man himself. Knowing him and working around him brought so many of us to another level of excellence. Joe was just a really  great guy. While I'll always miss the man, he had an incredible life filled with success in his career, surrounded by so many that he mentored. And at the center of this was always his family.  The world is a better place for having had people like Joe and Muriel around. 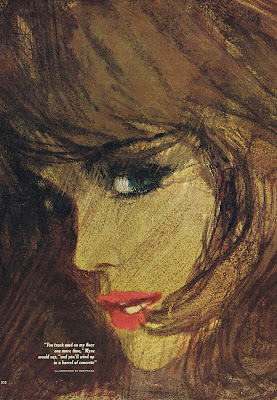 As a kid trying to learn to draw simple drawings fascinated me, which was why I love comic books. Another source that I copied over and over were the caricatures done of the cast of “My Fair Lady” by Hirschfied comics. Years later as my tastes matured, I found myself drawn to another artist who did the movie poster of the same play, using equally simple, clean drawings but put together with an amazing complexity: Bob Peak. 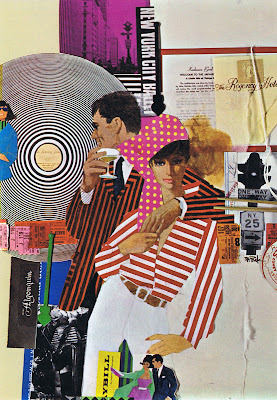 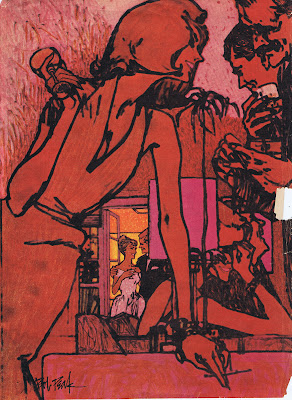 Born in Colorado in l928, Peak was raised in Wichita. In college he studied Geology with an art minor, because of his doubts about making a living as an artist. But these doubts didn’t keep him from working part time in an art department and spending his own time doing illustrations for himself. 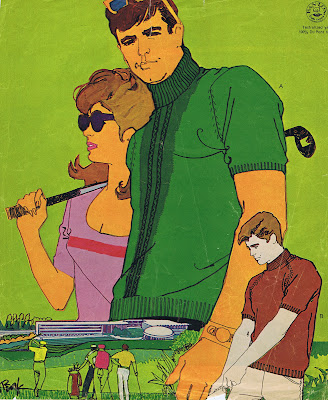 After serving in the Navy in the Korean War he was accepted at Art Center in LA where he studied for the next two and half years. Then, with a family now, the Peaks headed east to NYC and the competitive world of commercial art. 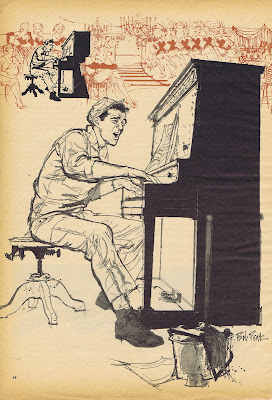 Advised to constrain his exuberant style Bob tried the controlled photographic approach to the work, but he was miserable. Deciding either to do things the way HE thought they should be done or to move back to LA, he and his wife burned everything he had drawn since moving to NYC. He started over, in his own style. 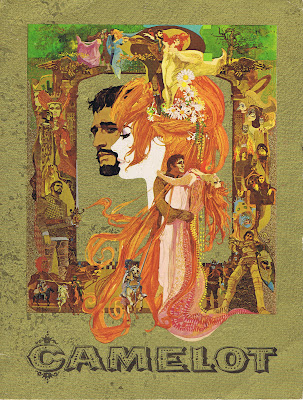 Six weeks later he landed a major account for Old Hickory Whiskey and his work was on the back cover of Life, Look, and all the major magazines. His career was on the way. And what a career! There are over 100 movie posters (Camelot, Apocalypse Now, Star Trek, Pennies From Heaven); his portraits were regularly on the cover of Time and TV Guide; beside years of advertising  and story illustrations he created a series of mural decorations for TWA; he created the Marlboro man; in l984 he was chosen to design a series of stamps for the Olympics - and a series of paintings to accompany them compiled in a book published by the US Postal Service. 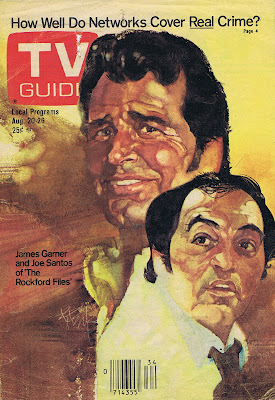 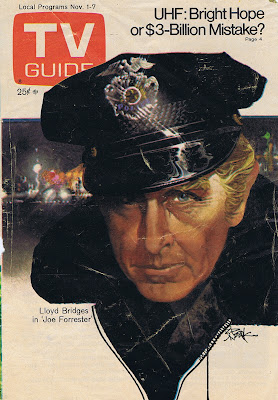 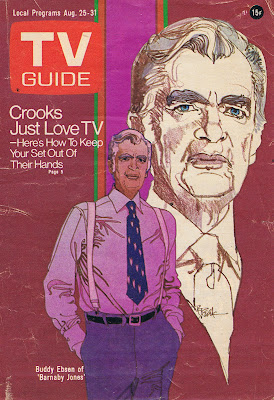 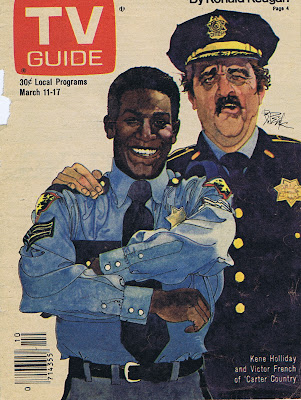 Mainstays of his work were always the deceptive simplicity of his drawing done with an astounding spontaneity in an incredibly complex design of shape and color.  To create this effect in earlier works, he worked out very complete pencil comps and had large Photostats blown up, on which he painted directly, letting the pencil line show through. For his movie posters, he would often do preliminary drawings much tighter than the finish so that when he was working on the final product he could loosen up. 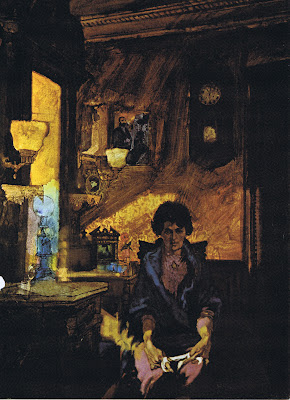 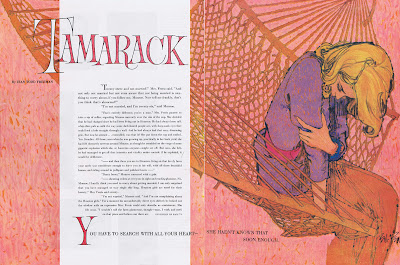 His methods and techniques were astounding. He used oils, watercolor, acrylic, gauche, pencil, pastels - whatever it took to achieve the effect. His sense of design revolutionized the approach to the movie poster in the 70’s and 80’s. Looking over my tear sheet file to choose examples of Bob Peak’s work his incredible versatility kept jumping out at me. Even if you had no interest in art, whether you knew his name or not, you couldn’t avoid Bob Peak. He shaped the visual look of a generation. 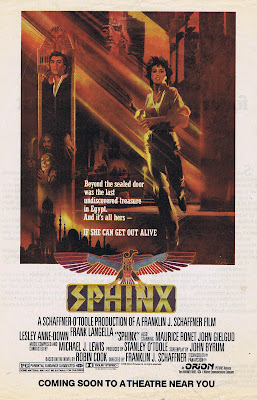 For those of you who are fans of Bob peak, his son Tom has produced one of the finest illustration books I've ever seen. This is a must for any of Bob's fans, and for any serious students of illustration. 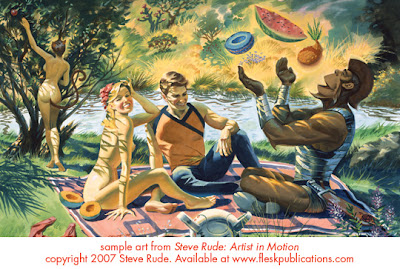 And speaking of another fine Arizona illustrator, my old friend Steve Rude is teaching a painting workshop. Steve's work speaks for itself, and I can't think of a better artist to have the chance to learn from.
http://www.dillmans.com/dcaf/2012/steve-rude.html 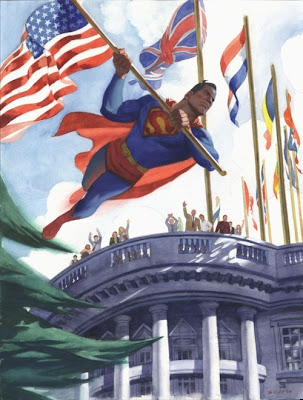