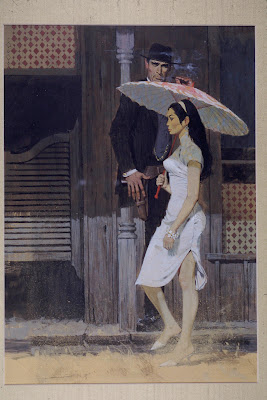 In the mid-forties, McGinnis played guard on the national champion Ohio State football team.  For most of us that would be enough; grateful alumni set you up  in a cushy job, and you can pull out the varsity sweater and the yearbook every so often and reminisce. But McGinnis has never been one to stand pat. 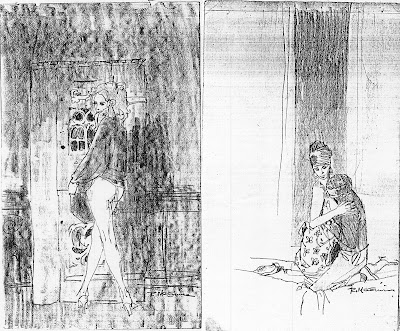 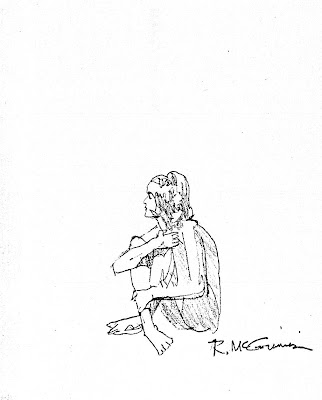 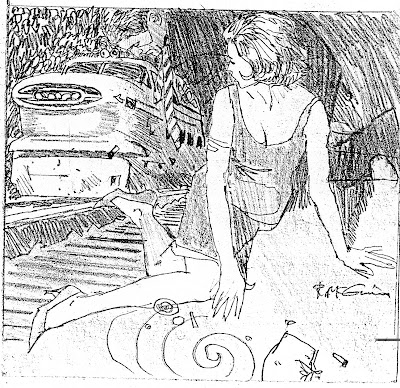 His early ambition to be a cartoonist led to a short stint at Disney Bob before his studies at Ohio State and the Academy of Commercial Art in Cincinnatti. 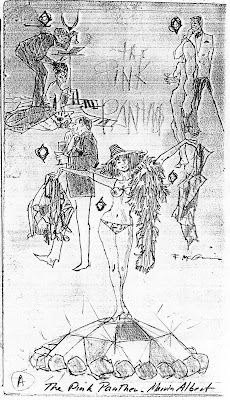 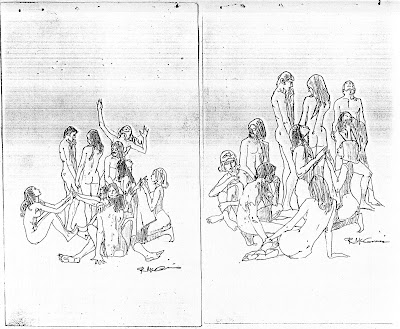 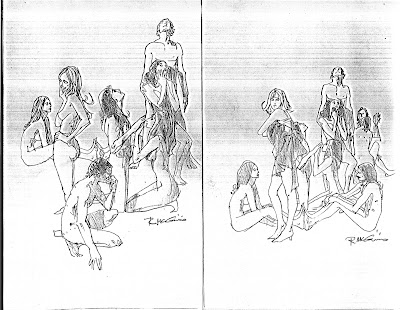 In the late fifties McGinnis starting painting covers for paperbacks. Breaking away from the traditional overblown fleshy pinup models of the era, McGinnis’s women were svelte elegant fashion models with a smoldering sexuality usually set against an abstract background and rendered with a subtle sensitivity one wouldn’t expect from a former college lineman. The Carter Brown, Mike Shayne, Milo March, and Perry Mason series are just a few of the l400 + covers McGinnis has done. 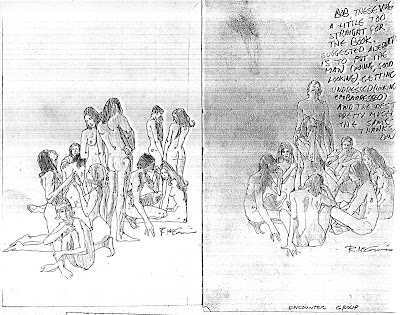 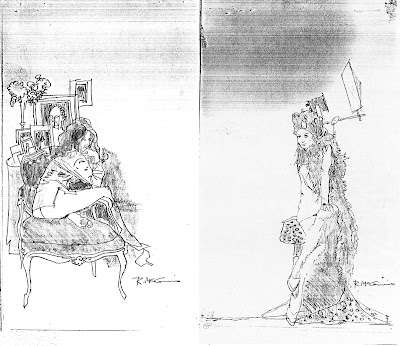 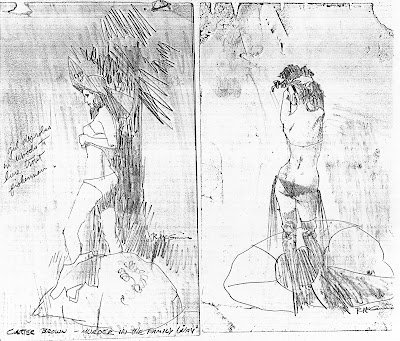 Also working in magazine illustration for the Post and several of the woman’s magazines McGinnis was known for his romantic themes, hiding brilliant abstracts of texture and color in his representational images. He also used his graphic design skills to execute a number of movie posters such as Breakfast at Tiffany’s, Sleeper, several James Bond films and numerous others. 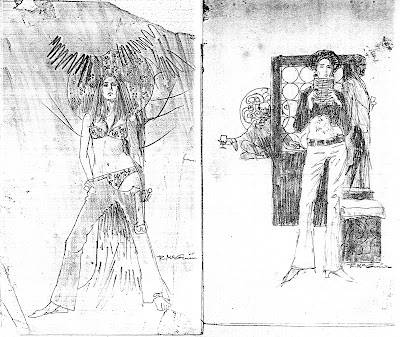 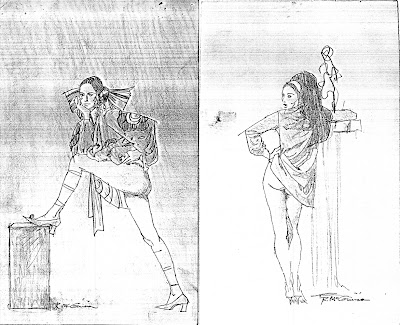 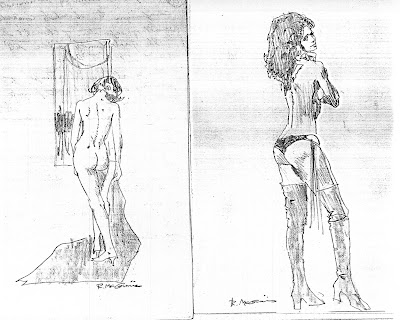 Voted into the Society of Illustrators Hall of Fame, Bob is now an acclaimed “fine” artist working in Western art. Once ignored by the galleries, McGinnis ironically notes that he isn’t working any different now that he has throughout his “commercial” career. 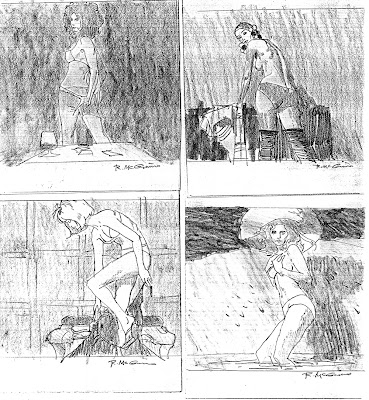 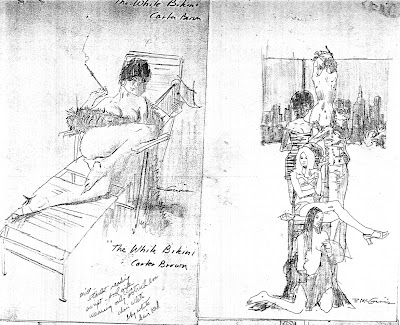 Bob McGinnis been a source of inspiration as an artist to many, including Frazetta, Steranko, Paul Galacy, Bruce Timm, Chaykin and myself. Thank god there’s been life beyond football. 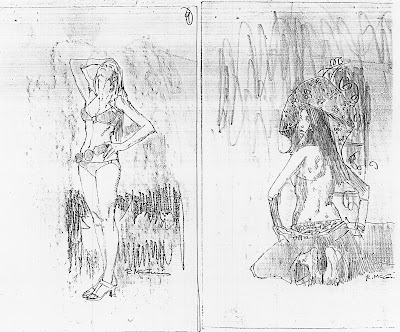 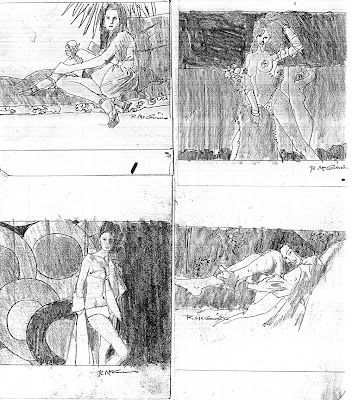 I've had the great pleasure of talking to Bob a few times on the phone over the years and I am always impressed with just how pleasant he is and his humility. The first time I talked to him he asked me, "How do you even know who I am." When I told him that he was the idol of my generation of comic book artists, the standard we all used to draw our female characters he was astounded.When the conversation ended he told me, "You've really made my day." 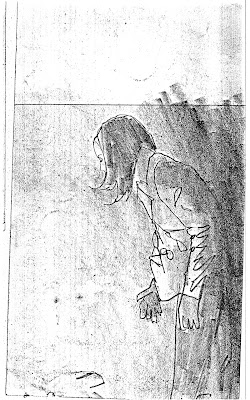 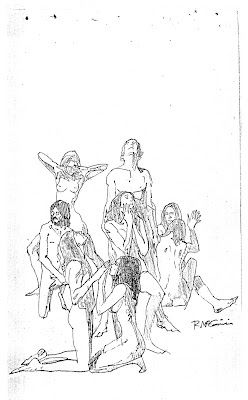 In another conversation I asked Bob about where I might purchase one of his originals. He actually wasn't very helpful, because he didn't seem to know anyone who had any for sale at the time. I pursued the subject asking him about how he worked and how much preparation he did with thumbnails and such. He promised to send me some. A couple of months later I was away at a convention when I called my wife to check in and she informed me I had a package that arrived from Robert M. McGinnis. She opened it and inside were all of the lovely pencil roughs that you see in this blog. A very generous gift, most of which I've tried to pass on to my fellow artists in the same spirit. 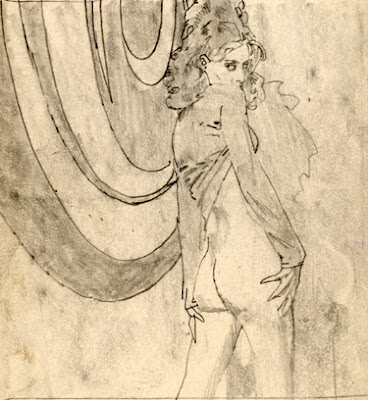 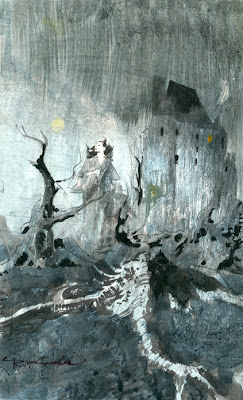 Bob's longtime friend who was the driving force behind the two books on McGinnis was Dr. Wallace Maynard, who died shortly after their publication. Wally was a die-hard Michigan fan and every year he would get a card from Bob alluding to the game. I thought it only fitting, being a die-hard Michigan fan myself, and with the annual OSU-UM rivalry game coming up this weekend,  it's  the perfect time to share some of this great master's rarely seen preliminaries. Go Blue, but good luck, Bob! 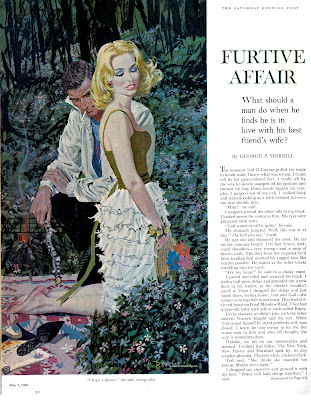 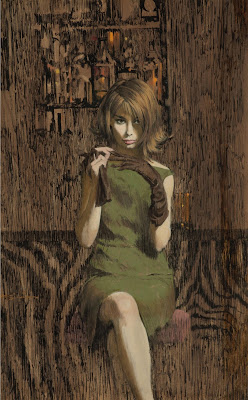 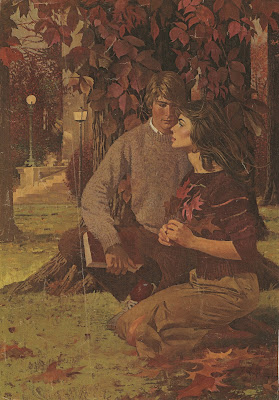 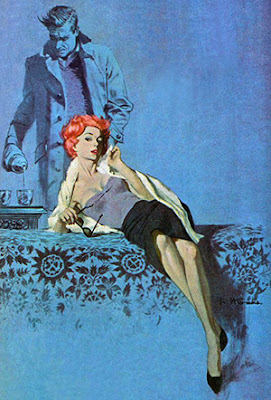