It’s been a busy summer so I haven’t had much time for any activity on my blog, but here are finally some of the recent things I’ve been working on. The Mad Mummy #8 is in the last stages of coloring; lettering will begin next week and the issue will be off to iVerse in mid September. This ends the arc of issues that I’ve devoted to the backstory of Aten Ra and his relationship with Ming Yue, the reincarnation of his estranged wife Ahkesenamun. It’s been a fun ride where I got to do a pastiche of some of my favorite characters from fiction, including the ne’er-do-well Harry Flashman and the all time great misunderstood villain Dr. Fu Manchu....as well as explain a bit about how Aten Ra has evolved into Adam Ray. 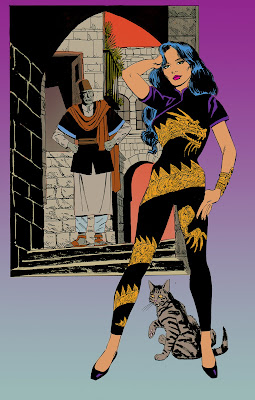 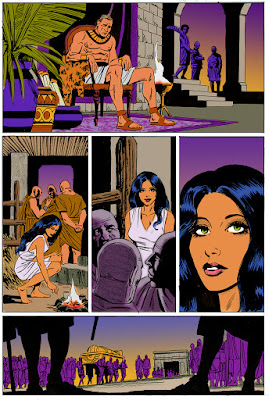 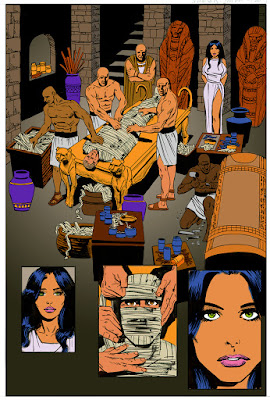 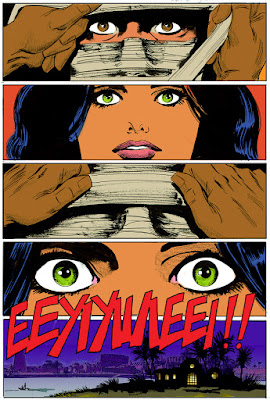 Issue #9 will end up being a reprint of the Mummy’s Boy story that was done in Voodoo Mansion and was the inspiration for this entire series. Then the following issue gets back to Adam dealing with a problem involving his landlady Agnes Harperly in his contemporary life. This one is a real mixture of Eisner and Lovecraft. My friend Stephen Kloepfer is co-writing this with me, and I’m ecstatic to have him aboard. I’ll keep you posted on where the series is headed in the future. 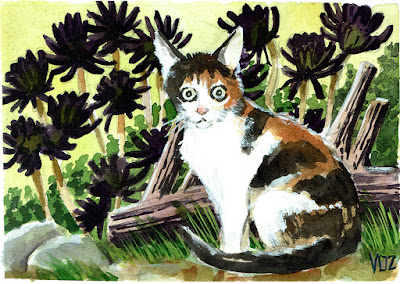 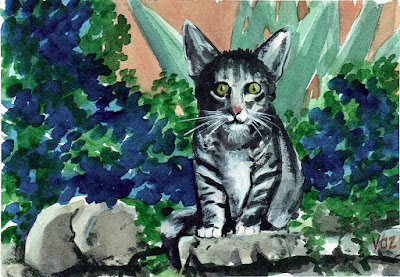 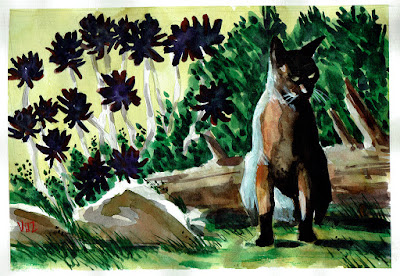 The past month I’ve been recovering from a procedure on my prostate so I’ve been doing a lot of watercolors since you can pick them up or drop them depending on the mood. I’d like to say they were loads of fun, but I watercolor has got to be one of the most uncontrollable and unforgiving mediums you can work with. However, when those “happy accidents” occur, it’s always worth the earlier frustrations. 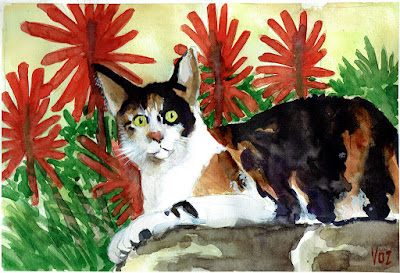 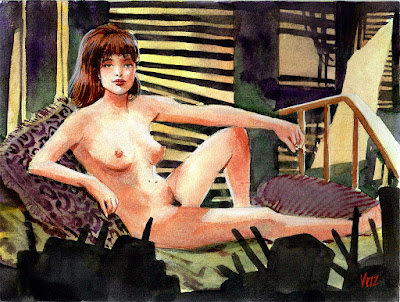 For those of you in the LA area, I will be at the Long Beach Comicon the weekend of September 11-13. Come on by and say hello and spend a few minutes. You will find me in Artist’s Alley doodling away. 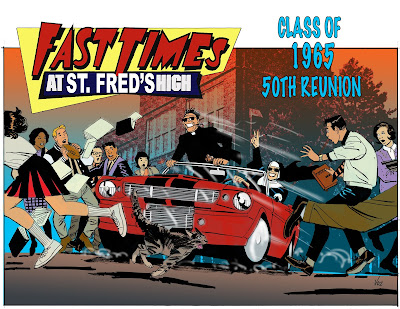 Make sure you check out the earlier books Mad Mummy, Retrowood and Lori Lovecraft books on either on iVerse (http://digital.comicsplusapp.com/search_results.php)  or Comixology (https://www.comixology.com/search?search=mad+mummy).
Posted by Voz at 2:38 PM No comments: