The Art and Life of BERNIE FUCHS 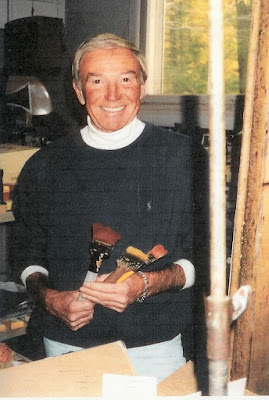 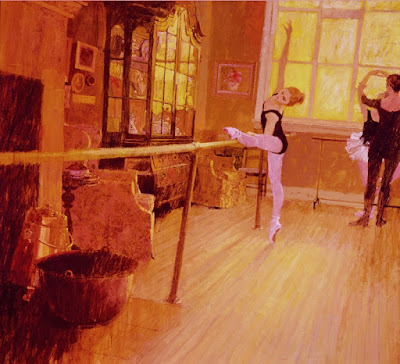 When I was at a meeting of our CAPS (California Artists Professional Society) a few years back I had the good fortune one night to attend a lecture by Bernie Fuchs on his career as an illustrator. I was very familiar with the work of Bernie Fuchs and he was one of my idols. Getting a chance to see his originals first hand and to listen to him speak about his life made for a splendid evening for me. Later in the evening after the talk, I brought several books illustrated by Bernie up for him to sign, and afterwards shook it hand. It was only then I realized that he had  three fingers missing missing on his drawing hand. I was a bit shocked, but also had a new found respect for the man; his hand had been injured in an industrial accident late in his teenage years, but he hadn’t let it stop him from excelling as an artist. 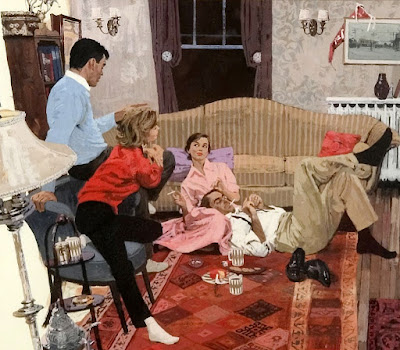 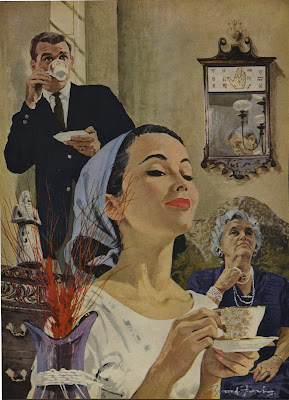 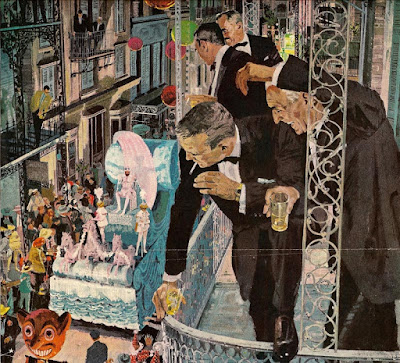 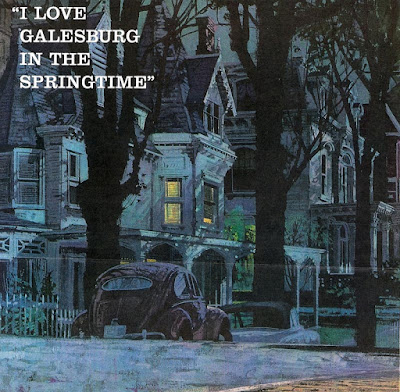 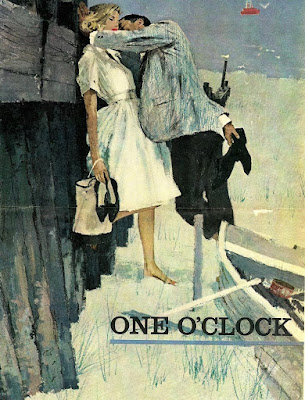 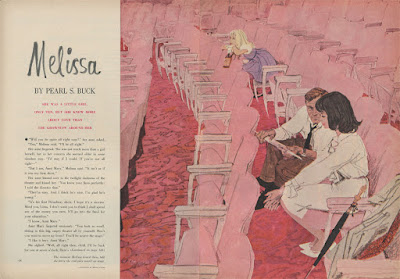 And excel he did. When he exploded on the scene in the late 1950s his work was extremely competent, but stylistically looked little different from most of the illustration being used. That changed quickly as like Parker, Briggs and Peak before him, once his foot was in the door, he immediately began to develop a unique and dynamic style which has influenced so many other artists. Coming into a field that was facing a life and death battle with photographic competition, he not only survived, but flourished where so many others were fell by the wayside. 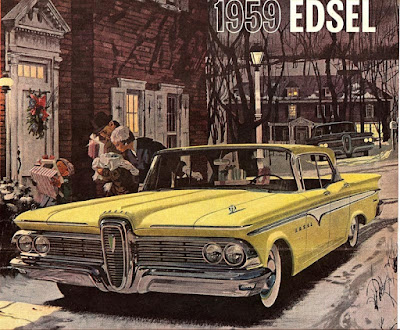 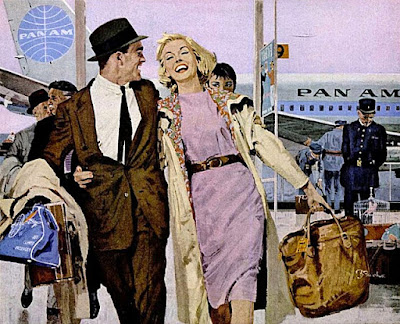 Ironically, growing up in Detroit, one of my complaints when I was trying to break into comics, was that there weren’t the plethora of great illustrators to learn from in the area, as there were in New York. It wasn’t until much later in life I discovered that even at that time the great Bernie Fuchs worked in advertising for the car industry in Detroit; and he was not alone as Bob Peak, Austin Briggs, Harry Borgman and a number of others were continually in the area because of the automobile clients. I just hadn’t taken the time to find out about them. 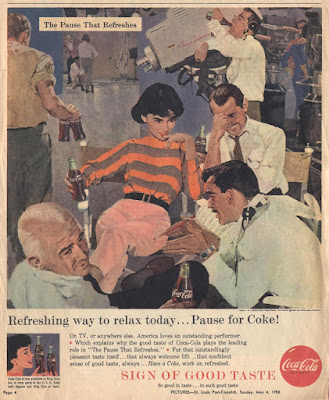 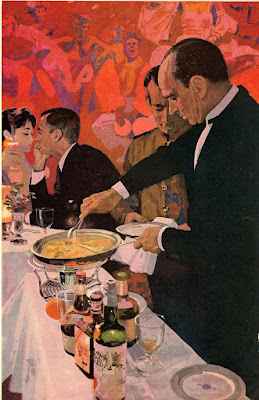 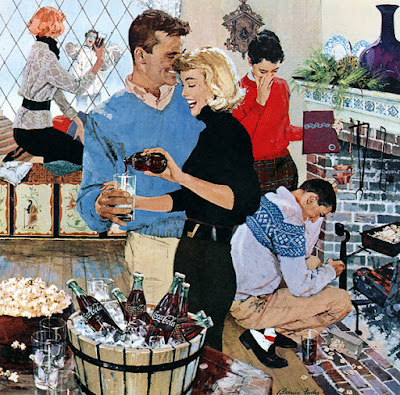 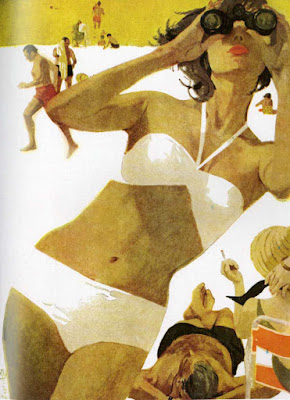 My fellow Fawcett collector and noted illustration historian, David Apatoff has just written a remarkable book, The Life and Art of Bernie Fuchs and it’s a must for any serious fan of illustration. Besides being filled with amazing pictures, the biography is a fun and interesting read. One anecdote he relates is that when Fuchs moves to Westport, Connecticut one of the first persons he meets is Robert Fawcett, who insists that they run over to meet his neighbor, Austin Briggs. Fuchs had just replaced Briggs as the artist on a major account and Fawcett, who was feuding with Briggs at the time, thought it would be amusing to twist the knife. Ironically, while the meeting was awkward, Fuchs and Briggs immediately liked each other, bonded,  and became close friends. It might be poetic justice that Fuchs also replaced Fawcett on a major account not soon after. 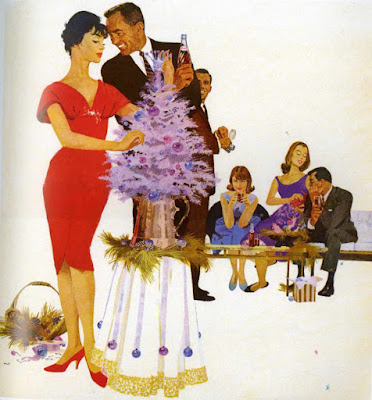 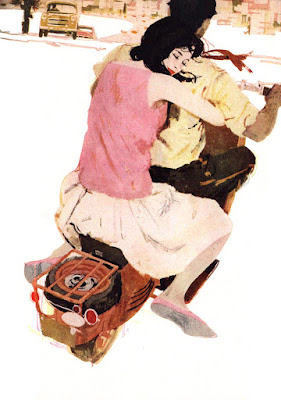 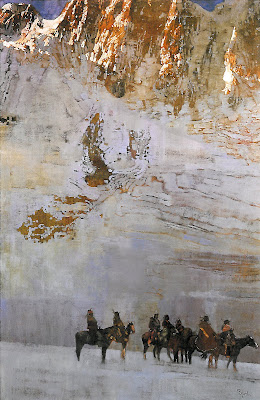 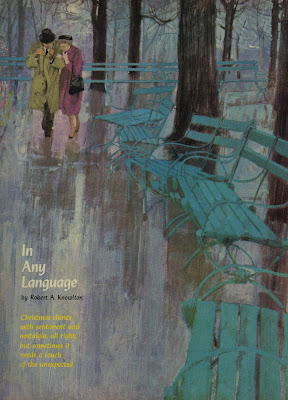 Here is a link to where you can pick up this wonderful book: Amazon.com 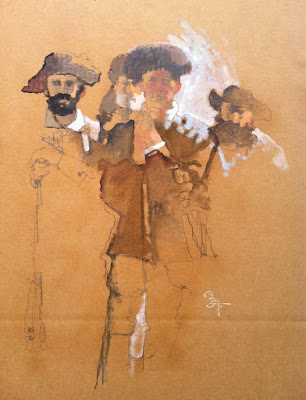 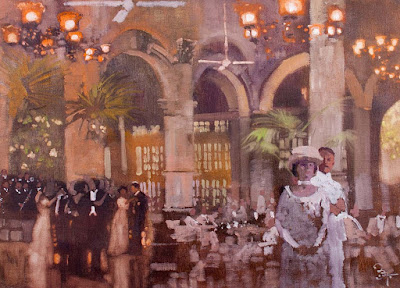 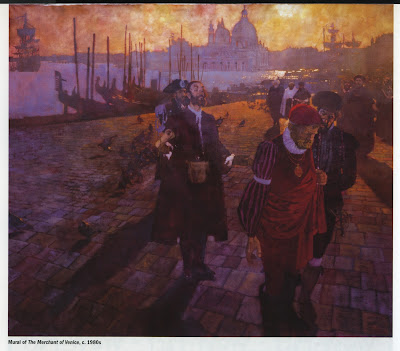 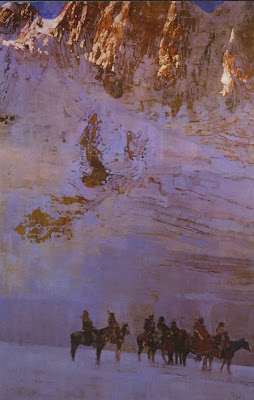 Fuchs was born in O’Fallon, Illinois on October 29, 1932. He grew up in humble circumstances with no father. His ambition was to be a trumpet player, but that ended after he lost three fingers on his right hand in an industrial accident the summer after he graduated from high school. Fuchs turned to art as a career, despite having had no formal art training. He enrolled in Washington University in St. louis, Missouri, where he graduated in 1954. 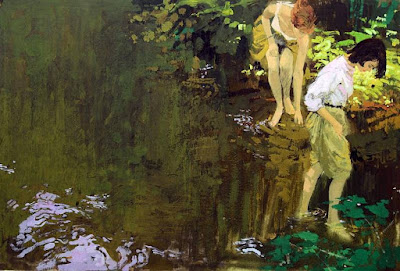 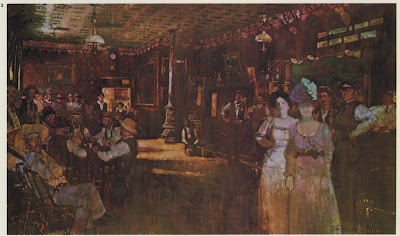 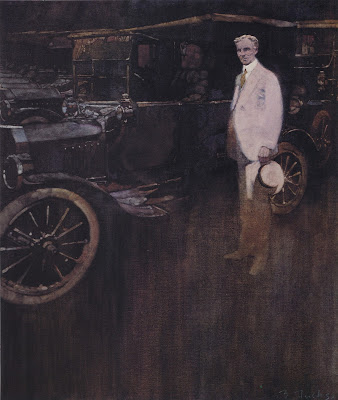 His first job was illustrating car advertisements for New Center Studios, located first in the Fisher Building, then in the Penobscot Building in Detroit. Art Greenwald was the owner of the studio. it was the largest and most successful studio in Detroit in the 50’s and 60’s. A couple of the other illustrators were Chic Albertson and Donald Silverstein. Bernie was recognized immediately for his incredible talent and pulled in major accounts for Greenwald. Within a few years of moving to Detroit, Fuchs’ opened the studio The Art Group, which specialized in work for the city’s auto companies. In the late 1950s, Fuchs moved to Westport, Connecticut where he began doing illustrations for McCalls, Redbook, The Ladies Home Journal, Sports Illustrated and other magazines. 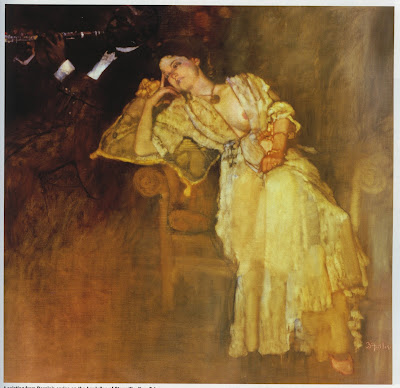 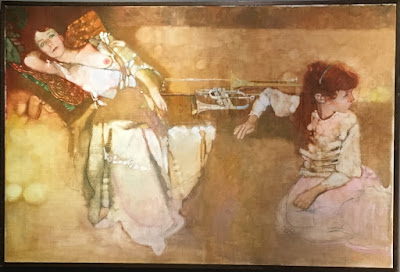