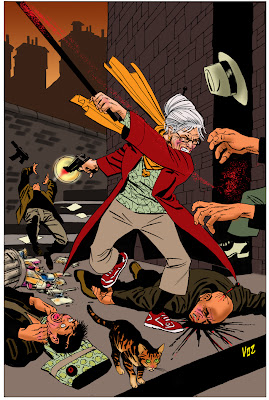 
You're all the best- thanks again for being involved in this social experiment. :)


Hey everybody, I'm back! Hopefully I'll be posting on a little more regular basis.

Last year I had the opportunity to help out and do a drawing for a project called Agent 88,  a short film produced and directed by Digger T. Mesch and Jan Utstein-O'Neill. As part of a promotional book for the film pinups were done by myself and a dozens of other artists  including Kevin Eastman, Anthony Diecidue, Tim Burgard, Bill Morrison, Dan Panosian…and so many others. If you're in the LA area, definitely stop by and pick up a signed copy. I'll be signing books and prints at both the June 6th and June 20th events.

Above is the pinup I did for Agent 88. One of the "small world"  bits is that the bald bruiser with the hatpin in his head was played by Joe Gatt in the film. Joe has been the model at a  number of life drawing session I've attended, and is featured in the latest Thor and Star Trek epics. 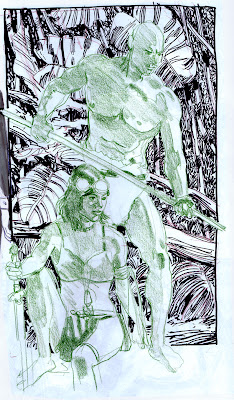 (A drawing of Joe and the loverly Amy Pigg from life drawing class.) 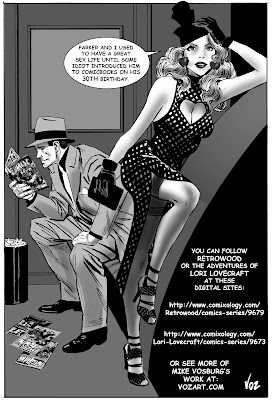 This is  the "Free Comic Day in France" page I did of Lori and J. Parker Wrighte  for editor Xavier Lancel. Xavier has run a number of articles and interviews with me in his excellent magazine Scarce. He assures me they are very flattering, but since I can't read French I don't know. He seems to use the phrase un idiot complet a lot. More on Xavier at:
http://www.bleedingcool.com/2013/02/06/scarce-magazine-at-angouleme-for-bleeding-cool/
And here are a couple of promotional pinups I've done for Ryan Davis's projects, Stray Dogs and Velvet Glove. The latter came with the instructions, do anything as long as it includes something with Rondo Hatten. More on these at: 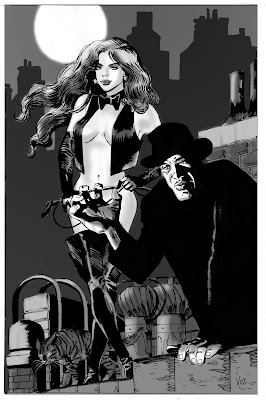 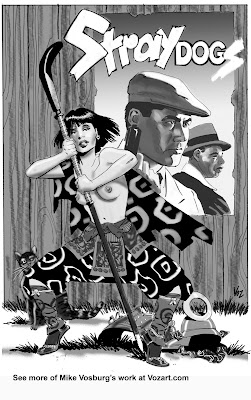 Next an update on the new Retrowood Graphic Novel: All Roads Lead to Rome, coming this summer from Asylum Press. For the Retrowood and Lori Lovecraft books visit them online at: 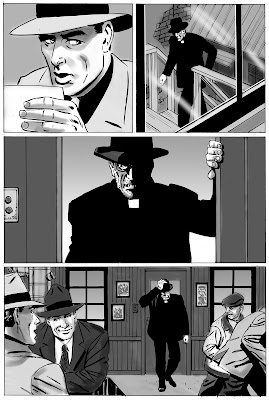 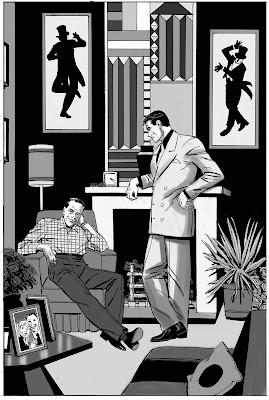 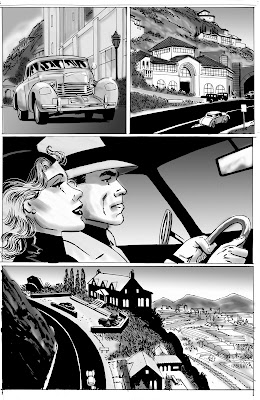 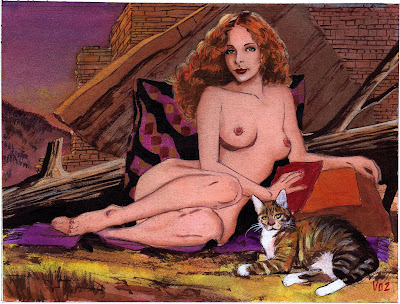 Also coming soon from Asylum is a compilation of all the Voodoo Mansion stories by myself and Pete Ventrella. The cover with Horatio and Zelda is featured below. 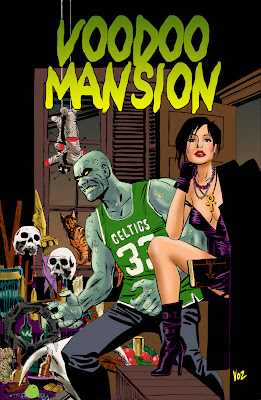