"Open the door and c'mon in...I'm so glad to see you my friends."  Judy Collins 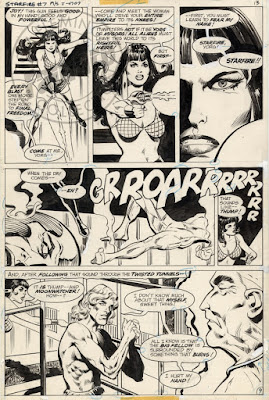 The beauty of living in Detroit in the late sixties and early seventies is that, in a large part thanks to Jerry Bails, there was a large network of aspiring young comic artists. Besides Starlin and Milgrom, Rich Buckler had started to work professionally. He would soon be followed by Terry Austin, Mike Nasser, Arvel Jones, Keith Pollard, Mike Kucharski, Steve Fritz. There were so many of us. We encouraged each other, critiqued the work we were all doing, and there was plenty of advice not just on what to prepare in your portfolio, but who was the best person to see at each company. When you were ready to start looking for work, if you came out of Detroit you didn’t have the advantage of jumping into the business blindly.

While I didn’t get work from my first interviews, I was pleasantly surprised to find out how many of the people I talked to knew my name from the Masquerader fanzine. Flo Steinberg was very friendly to me at Marvel, and Roy Thomas offered lots of encouragement. Meeting Joe Kubert in person was such a thrill: but I remember being so overwhelmed by Joe that it never occurred to me to ask him for work. And I met fans that I had long corresponded with: Al Weiss, Marv Wolfman and Len Wein. They all offered the same message: don’t get discouraged, but keep trying and come back again. 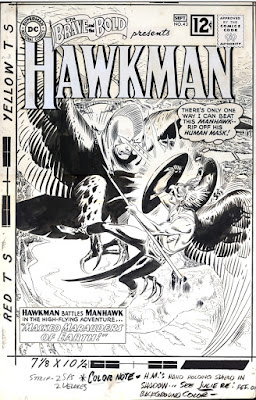 The other great thing was that you never thought about staying at a hotel.  When I came into NYC, Starlin and Milgrom each put me up where they were staying and graciously showed me around the city. They also introduced me to Bernie Wrightson, Howard Chaykin and Walter Simonson, all of whom would become good friends. And the best part was that each of these people would tell you about some artist, or a trick of the trade, of a new editor to talk to if you were looking for work.   All in all, those days were such a positive experience and one that I am forever grateful for. 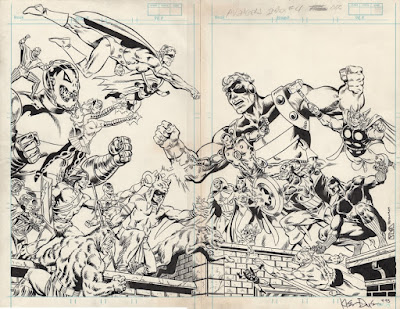 Certainly one of the most helpful people for those of us trying to break into the business at this time was Neal Adams, who had his own agency called Continuity Studios. Whenever you were in town, you were always welcome to hang out at Continuity and schmooze in the back rooms or look over the artists shoulders where they were working in their offices. Jack Abel and Dick Giordano gave me no end of helpful hints on polishing my work. And Jack also introduced me to the music of Benny Goodman. Neal could be intimidating, but never made you feel like you didn’t belong.


Al Milgrom continually put me up at his apartment for years when I would come into the city. He was often my personal promoter and scout when I would be looking for work. You couldn’t ask for a better friend. Early on, Al shared an apartment with Walter Simonson so I would got to be good friends with him. He introduced me to the work of Modesty Blaze artist Jim Holdaway, and later took me to the Society of Illustrators to see a show they were having. Once I posed for Walt for an upshot of the head, and I was amazed that artists took the time to do this when drawing comics. Of course if you mentioned this to Walt, he’d probably give that great laugh and proclaim that was the only time he’d ever done it.

Through Al and Walt it wasn’t long before I ran into Howard Chaykin. This brash youngster showed me how to use a wonderful machine for copying photographs and drawings called an Artograph. (Still have one I occasionally use to this day.) He also showed me the Famous Illustrators course and insisted I become familiar with it. He was a walking force of nature; an amazing talent and never boring to be around. 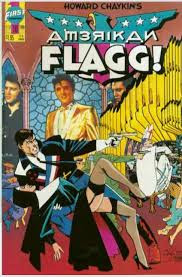 Needless to say, hanging out with all of these great talents and wonderful folks, my own work not only improved by leaps and bounds, but I soon found that I had plenty of free lance work, and eventually contracts at different times with both DC and Marvel. Having worked as a janitor, in a factory on the assembly line and as a schoolteacher, I was now working at the job of my dreams.

But while I came into NYC to conduct business, I was now living in Battle Creek, Mi. My occupation was as a cartoonist, but I felt much more like a secret agent. I worked by myself at my house and seldom had folks around that with whom I could really discuss the work. I was pretty much working in a vacuum. Fortunately, about this time I met a younger artist who lived in the nearby town of Marshall named Tom Sullivan. Tom was an amazing oil painter and sculptor and soon had me taking watercolor and life drawing classes with him at the BC art center. He was always filled with such youthful enthusiasm. He was then working on independent movie (that I remember not being much impressed with) called The Evil Dead with director Sam Raimi. We had a pact that one day we’d both end up in Hollywood. And we did! 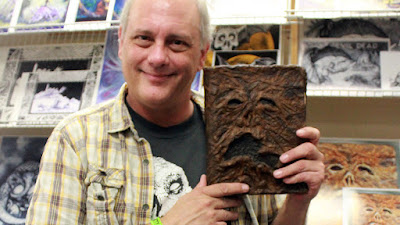 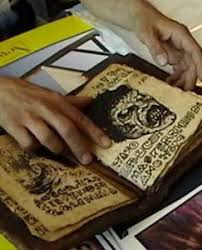 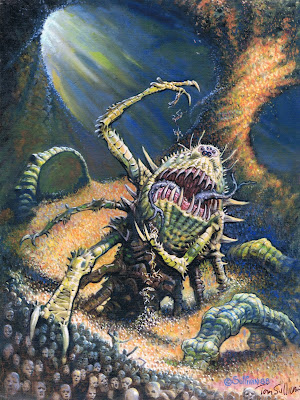 With the life drawing and painting I was growing tremendously as an artist, but the work available to me in comics was becoming more limited. I didn’t want to stay as just a penciller drawing super heroes. About this time the the independent comic scene was developing and the direct market distribution opened some new doors. Chaykin had paved the way with American Flagg. To compete with this new avenue, Marvel started their creator owned brand called Epic, and I was soon working on a new series with writer Christy Marx. The best part was I got to pencil, ink and color it all by myself. 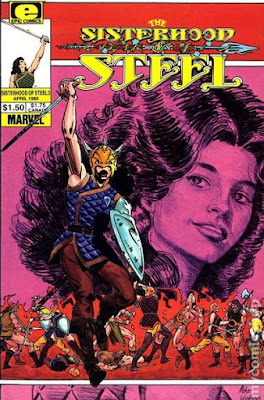 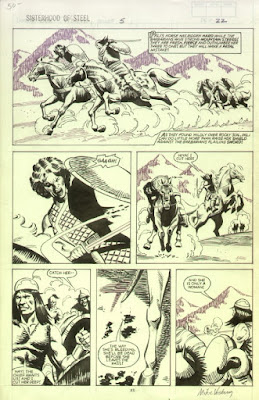 Let me just say here, that besides being one of the most talented and accommodating writers I worked with, Christy had more hutzpah than anyone I knew. She didn’t just write about warrior women, she was one to be reckoned with. During the time I was working on this series, I married my wife Annie and we moved to Los Angeles...and settled in Tujunga and became neighbors with Christy. Since Christy was the hot writer for Hasbro, she was soon encouraging me to look for freelance work in that field.

But more on that in part three next week.

When I look back at my career as an artist and think about what made me successful, it certainly wasn’t talent. I’ve found that whatever that esoteric quality is that is deemed so vital that we call talent, it can easily be overcome by hard work and drive. Another asset  far more important is those friends and companions that we choose and gravitate toward. Good friends will motivate you to improve, and often provide you with a bit of education in this process. When you’re discouraged, they are there to support you, and when you need an introduction, they will promote you if possible. For those starting out in the business today, hard work and determination are essential, but finding like-minded individuals to join you in pursuit of your dreams is equally important. 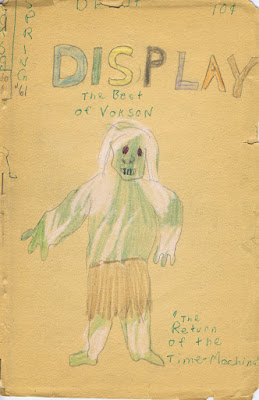 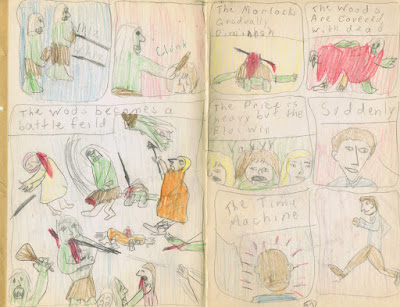 When I was about twelve, I was lucky enough to become friends with Fred Jackson. We were both a bit of outsiders; I was a complete nerd and Fred was probably the only black kid in our class. What astonished me as I got to know Fred was that he was drawing his own homemade comics. Even better, he inspired me to try and start doing the same thing. We quickly had our own little comic company called Vokson, and we would trade each issue back and forth to read. Fred’s work was far more advanced than mine, but working with him over the next two to three years, I learned a ton about the basics of continuity and storytelling. 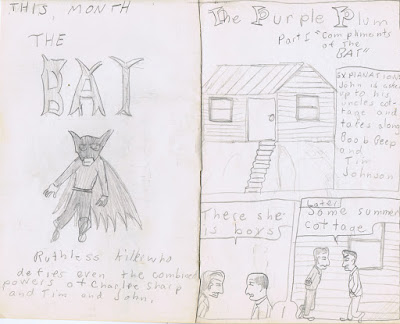 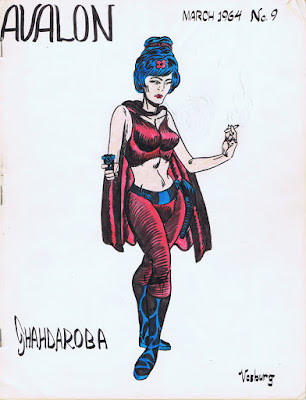 Fred and another mutual friend, Augie Guzman, showed me an issue of a DC superhero comic where a Detroit professor named Jerry Bails was starting an amateur magazine about comics that was available to fans. Not only did I quickly order an issue of Alter-Ego/On the Drawing Board, but I even made a long distance call to Warren (a whopping 20 miles from where I lived in Pontiac) to talk to this Mr. Bails, and I soon got to meet him in person. Before the end of the summer, with his encouragement, I was producing the fanzine Masquerader with an assist from Fred. 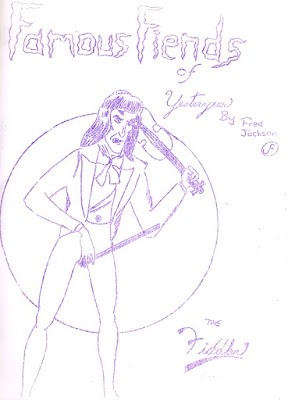 Jerry was very helpful in offering critiques of my drawings and also showing me originals of many of the artist I admired so much. He was also quick to share addresses with me of his many subscribers. At the age of fifteen, I was suddenly in contact with a large number of folks that I would be working with for the couple of decades; professionals like Joe Kubert, Gardner Fox, Stan Lee and Russ Manning, and young fans like Al Weiss, Marv Wolfman, Len Wein and Roy Thomas. 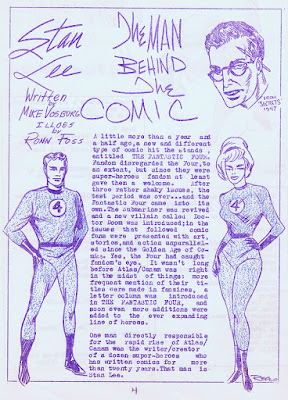 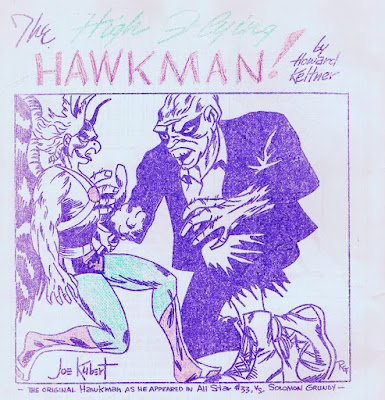 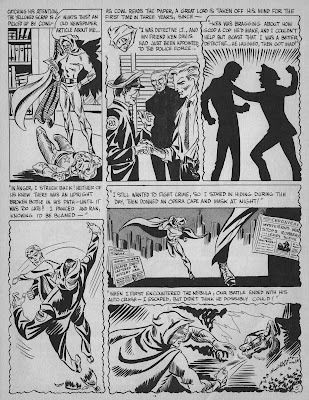 Editing the fanzine was really my way of getting my art in front of people, and the two older fans who were essential to my growth at this time were Ronn Foss and Richard “Grass” Green. They were both working toward trying to get professional work, and through a copious correspondence they continuously gave me tips and criticism on my own work.  Ronn was  a  great mentor in helping me move forward as an artist. Under his guidance I spent most of my high school years practicing my craft and dreaming about one day being a real comic book artist. 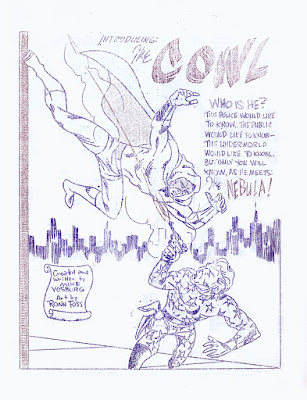 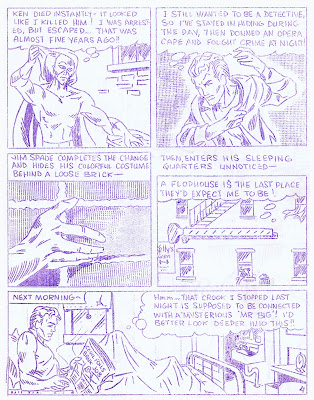 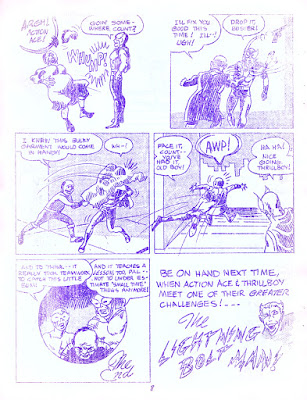 Just before I graduated from high school I had a visit from another young aspiring artist named Jim Starlin. At the age of 13 he hitchhiked the 20 miles to my house to meet me. I do remember driving him back to his home in Berkley. Soon  Starlin introduced me his close friend in the neighborhood, Al Milgrom, and the three of us spent many hours together discussing comics and art. Jim’s father was a draftsman, and there was always a polish to even his early work. We eventually all did work in a fanzine that Al produced. My friendship with them once again helped me take the quality of my work another step forward. 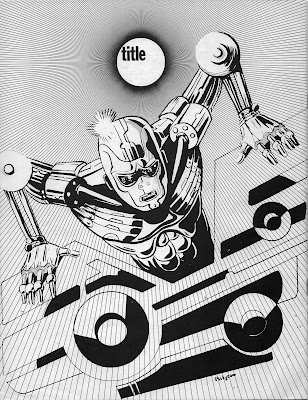 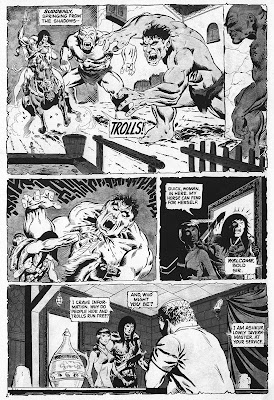 When I was in college I remember getting a response to the numerous letters I was sending Joe Kubert. While his message was very positive, he did explain that if I was serious about drawing comics I’d have to move to NYC. For me that was like suggesting that I take a trip to the moon, or go to Hollywood and become a movie star. I just didn’t believe I could do that. Ronn Foss and “Grass” had similar experiences. Being older, the cost of giving up their life on a very uncertain future just wasn’t worth the gamble. So we moved on to other interests. For me, I concentrated on college, played basketball for my entertainment, and eventually became a school teacher.

Three things changed that. One,  I badly sprained my ankle and couldn’t play ball for several weeks in the summer.  Two, my draft number  was high enough I could safely leave my teaching job where I had a deferment. Three, I ran into Jim Starlin and he was now drawing comics professionally for Marvel.  He made me realize that if you believe in your dreams, they can come true. 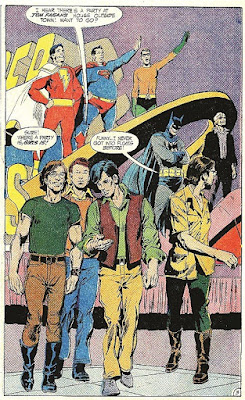 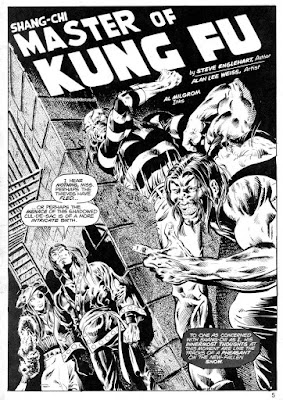 Next week in Part two a look at many of the friends who were helpful during my years in comics. Be there.
Posted by Voz at 9:18 AM 3 comments: