Tales From the Crypt 3 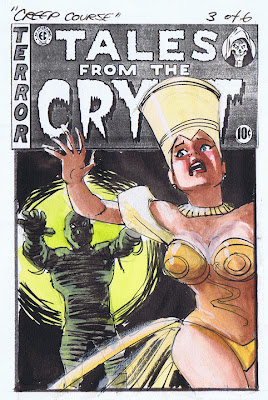 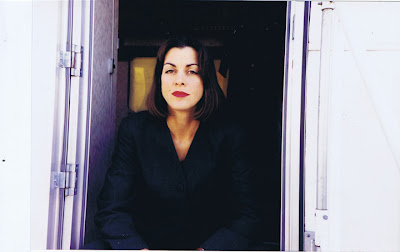 Joel Silver was the heart and driving force behind Tales. He took a very active part in each and every show. I remember getting a call one time to Joel's office late in the run of the series. Now getting a call like that was like being summoned before the king: you were either going to get a bag a gold, or have your head chopped off. After waiting in the outer office at Silver Pictures somewhat trepidatiously for some time, I was finally ushered into Joel's office. Several people huddled around his desk; his hand suddenly shot up and he beckoned me forward:"Mike, you have to see this!" 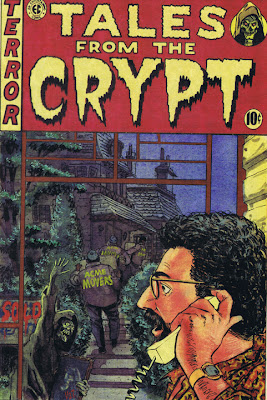 Tales was unveiling their new website, and since I had been finishing the covers digitally for some time, everyone assumed I was a cyber wizard. So as I stood next to Joel he was proudly displaying the site on his computer monitor. He explained that all my covers were now available for viewing when you clicked on an icon- which he did. However, this was back in the days of 28k modems...and very slowly, line the line, the image started to appear on the screen, to a very impatient Joel. Finally, a bit exasperated, he said:"Well, you get the idea." And I was dismissed.

To pass the time while the picture was slowly scrolling up, I commented to Joel that he should get a trackball (the latest in 90's technology;now an item that's virtually obsolete) instead of the ineffectual mouse he was trying use. "Oh, I am going to get one," Joel assured me. About two weeks later, there was an article in the LA Times as a publicity piece for the unveiling of the Tales From the Crypt website. The first line of the article was :"Joel Silver sits manipulating his track ball in front of his computer screen." Oh, the power I had in Hollywood then. There was no bag of gold, but I didn't get my head chopped off either. 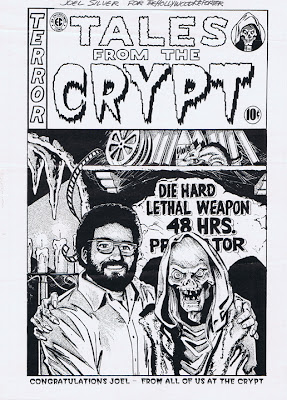 What did strike me about that episode was both Joel being considerate enough to call me in and show me the site before it went up, and secondly his enthusiasm about everything connected with the Crypt. He definitely had a passion about the work.  I also wound up doing an mock Crypt cover that appeared in Variety congratulating Joel on being named Producer of the Year. The ad was to be a surprise; apparently someone in the office got nervous and the ad was shown to Joel before it appeared, and he gave me a call to tell me what changes he needed. 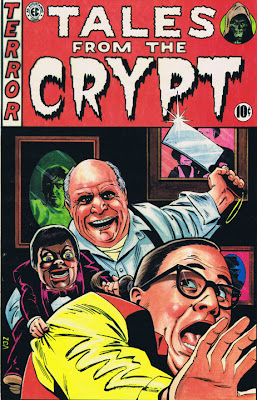 Richard Donner was the other real creative partner in all this. I remember meeting him on the set during about the third season. He was very affable, and quite friendly to me. A couple days later I was back on the set again and I had brought my assistant at the time, Don Cameron, along with me. I had jokingly told him what a close friend I was with Dick Donner. We're standing on sidelines watching him work with the cinematographer when Dick spots me, stops everything and calls out, :"Mike, you've really have to see how this shot is set up. Take a look through the camera." I was a bit surprised, but as I caught his reaction out of the corner of my eye, I saw my stock with Don had gone up considerably.

It was very flattering when I was on the Warner Bros. lot a few years later to discover that Richard Donner had on one wall of his office reproductions of all my Tales covers. 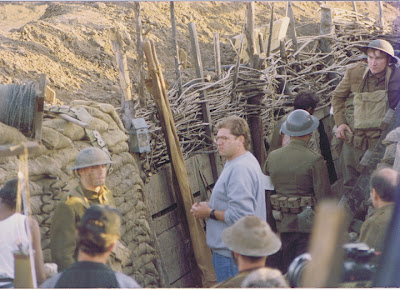 Robert Zemeckis's office gave me a call at one point to see if I would some storyboards for a TV series he was doing for a show called Johnny Bago.  I showed up on the lot, where I had to follow the Zemeckis Winnebago, filled with his cinematographer and a number of others connected with the shoot, out to a location on the beach in Malibu. Once we were there, Zemeckis proceeded to run through the scene with all of these folks explaining what he was planning to do. I waited patiently on the sidelines, waiting to speak with him about what he wanted for boards. At the end of the conference, he suddenly turned to me an said, "Well, did you get all that." Of course I did! Thank god I'd been listening.

I brought in the boards a couple days later and Bob went over them all. Good! Nice shot...that works, etc. Then when he was finished he looks and me, and says, "Great stuff, but we decided to cut the scene." Nonplussed I gave him a copy of my Off-Castes series and pitched to to him. He turned it down because he was too busy working on a new project- something called "Forrest Gump." 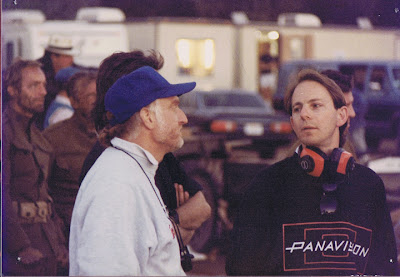 When Gil Adler took over the production reins in the third season, I found myself at the set on a much more regular basis. I had grown used to show then, and understood a bit more what was needed to make the covers work. Gil was very easy to work with, and very pragmatic. I'm not sure there was much of a likeness between us, but I was mistaken for Gil on the set a few times. When they were shooting "Split Personality", I looked up to see a beautiful girl in a bikini waving frantically at me. I looked behind me, didn't see anyone, and as I turned back she is walking quickly toward me. When she is about a half a dozen paces away, she stops, looks at me, and announces: "You're not the man I thought you were." My friends on the set all got a big laugh out of that one. 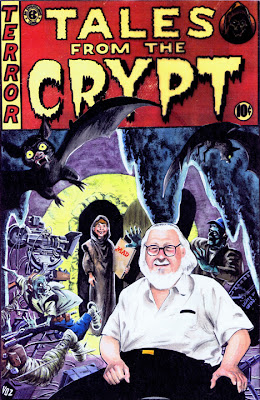 You couldn't help but be starstruck by the show. It seemed that everyone who was working in Hollywood at the time ended up on the show. Next time, more art and photos of my favorite shows and stars. 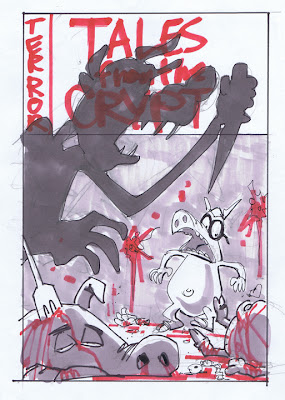