Coby Whitmore-Illustrator of the Good Life 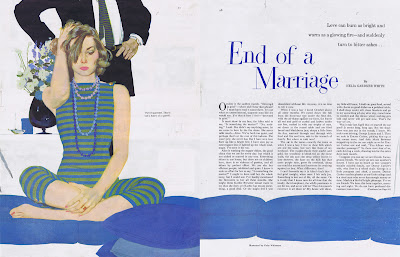 Coby Whitmore is my favorite painter of the sophisticated romantic scene. He painted the "Good Life". As he described it his interests were “racing cars, illustrating, and smart clothes on good looking women.”
Born in Dayton Ohio in 1913 Whitmore decided to become an illustrator when he observed the dapper dress and lifestyle of McClelland Barclay, a premiere illustrator of the early 30’s. It was the Depression, and the juxtaposition of Barclay  against the poverty of the time convinced him that this was indeed the way to live. 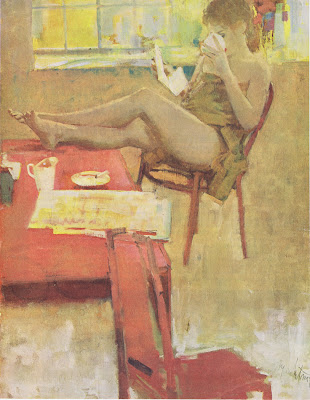 He  moved  to Chicago. Here he used the skills he had learned while attending the Dayton Art Institute to land a job.By 1936 he was working on his own producing illustrations for the Chicago Herald Examiner. After a short stint working for a studio in Cincinnati, he moved to NYC and became a fixture at the prestigious Charles E. Cooper studio. Like his idol Barclay, he also became one of the premiere illustrators in America working for the Post,Good Housekeeping, McCalls,Ladies Home Journal, Sports Illustrated and several other top magazines. 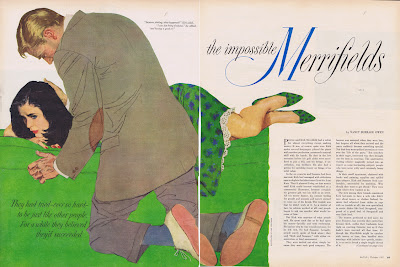 Elected to the Society of Illustrators Hall of Fame in 1978, he lived the last years of his life with his wife Virginia in Hilton Head, South Carolina. 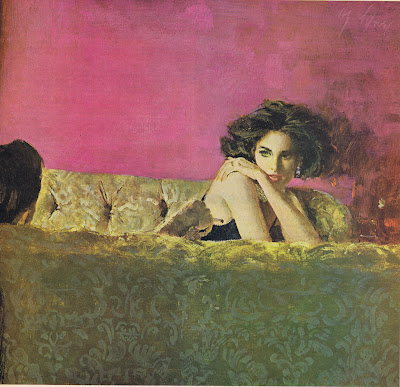 (Bob McGinnis once told me that Coby was one of his idols.
You can certainly see the influence in this illustration.)
Coby worked mostly in oils, but was adept with a number of mediums. Like his contemporary Al Parker, Whitmore started his career using the painterly style popular between the wars. But like Parker, he didn’t stop there but created a graphic approach to his picturemaking, using a combination of his painting techniques with a stunning use of negative space. 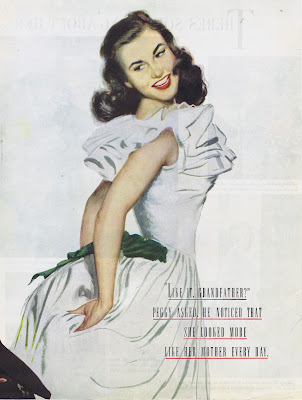 “Coby epitomizes the great sharing of knowledge and information in the tradition of history’s finest artists who pass on to others what they have learned from earlier generations. He has been the most important person in my development as an artist.”
Quote from Joe Bowler, another of America’s great illustrators and former assistant to Coby Whitmore. 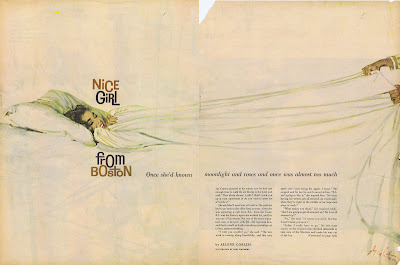 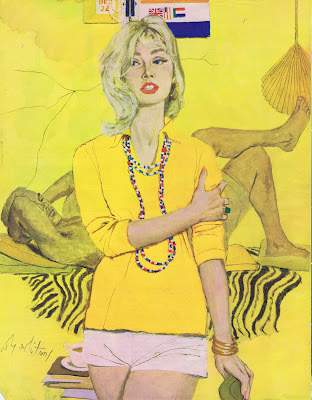