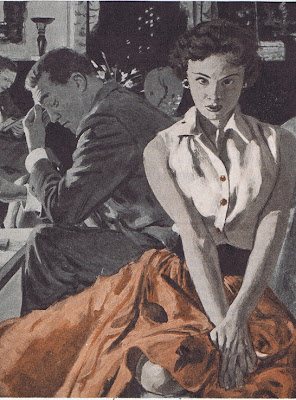 In the 70’s there was a retrospective of the great newspaper strips that featured a figure or Flash Gordon drawn not by the creator, Alex Raymond, but by some guy named Austin Briggs. As a youthful idiot, I was incensed by the outrage - who’s Austin Briggs? 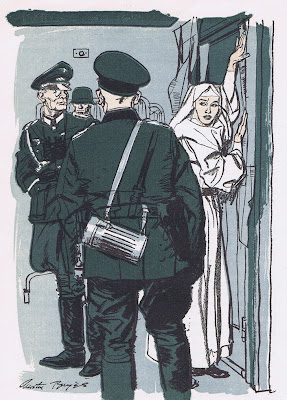 It wasn't until much later that I discovered more about Briggs and what a talented illustrator he was. Born in Humboldt, Minnesota in 1909, Briggs was raised in Detroit, Michigan where he studied art at City College. His first jobs were drawing figures of fashionable people to enhance automobiles in advertisements. 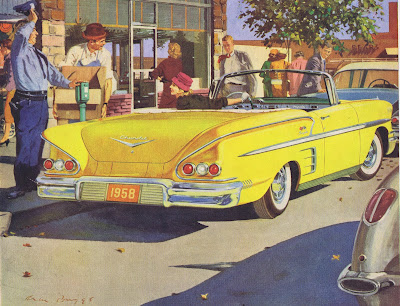 As this work went out of vogue, jobs were hard to find in the Depression, and Briggs turned to doing comic strips for a number of years (during which time he did the offensive Flash Gordon figure.) He was also moonlighting for Blue Book Magazine doing several illustrations a month from 1935-45. As Briggs recalled: “These were experimental years. I explored new compositional approaches, new techniques or variations of old techniques, and new manners of working with limited means.” 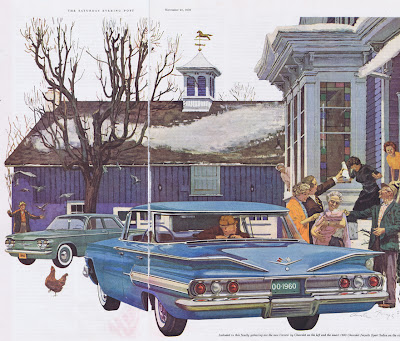 In the 40’s Briggs was developing as a great commercial success, but he felt something lacking in his work: his own individuality. When problem solving he always turned to others for for solutions, usually the current popular favorite. Feeling he was losing his ability to learn and observe from nature, he took a sabbatical to the Gaspe Peninsula in Canada for four months. Here he sketched and painted anything and everything from nature.

Briggs felt this trip was a “declaration of independence”  and his future work became more intrinsically his own. But for Briggs this trip was only one of a series of continual steps forward, because like all dedicated artists he refused to stand pat on his achievements and constantly searched for the means to improve himself. He started out a good draftsman with an understanding of the black and white medium and ended up one of the most brilliant painters and designers in all of illustration. 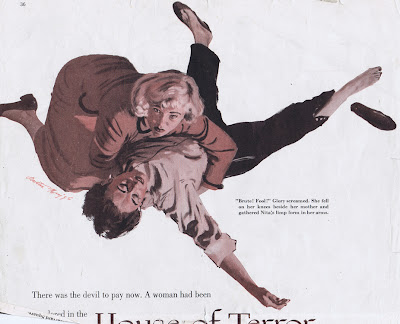 With his friends Robert Fawcett, Al Parker, Albert Dorne and several others Briggs was one of the founders of the Famous Illustrators School. His abilities as a storyteller and communicator also made him an excellent instructor. 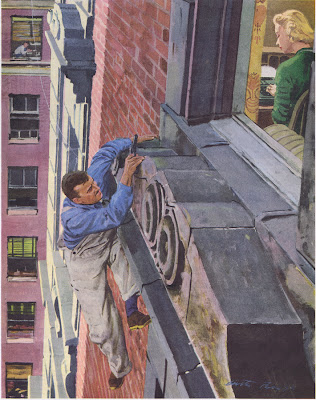 (Briggs using his friend Robert Fawcett as a model in an illustration.)
In 1969 he was inducted in the Society of Illustrators Hall of Fame. His work, constantly in demand, appeared in the Post, TVGuide,Look,Cosmopolitan, and many other publications. He died in Paris in l973. 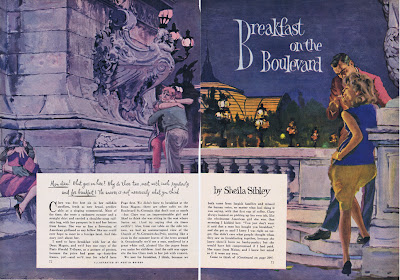 And I wasn’t all wrong about that Flash Gordon drawing. Raymond’s work exuded sexuality and  romanticism. A realist and a naturalist, Briggs couldn’t compete when imitating Raymond. But when he became his own man, that was another story. Hanging in a place of honor in my house is an Austin Briggs drawing- I’ve yet to shell out for an Alex Raymond. 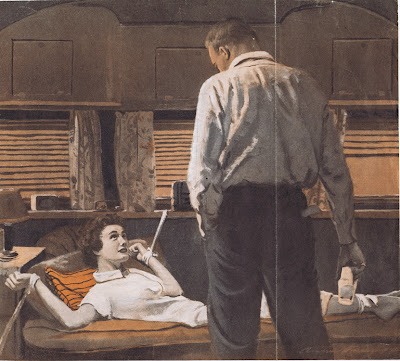 Briggs'  job description of an illustrator is well worth remembering:

“The illustrator must combine the knowledge and talents of a dramatist, stage designer, costume designer, director, stage manager, lighting expert, photographer, research man, advertising man, art director, salesman, diplomat, accountant - and painter! Every illustration he makes involves all these varied skills and talents. Unless he is accomplished in these fields , his technical abilities as an artist will be of little financial value to him. It is true that what he finally sells is a painting or a drawing - but the actual art work is only the final culmination of many different kinds of activities which are completely foreign to the purely aesthetic painter.”- Austin Briggs

There are several more Austin Briggs illustrations up on my Flickr page.
Posted by Voz at 4:01 PM