THE LOVECRAFT SISTERS: LINDA AND LORI

A few years into my comics career I had achieved a degree of success doing any number of series (Deadly Hands of Kung Fu, Ms. Marvel, Starfire,Isis, to name a few) , but I realized I had been “typed” as a penciller.  In the factory oriented business of periodicals, producing an entire monthly book on your own wasn’t usually feasible from a time standpoint, and as a commercial venture, you wanted folks working on their strengths to produce the material as quickly and efficiently as possible. But from a creative position, I found this boring and frustrating; I wanted to create the entire package. 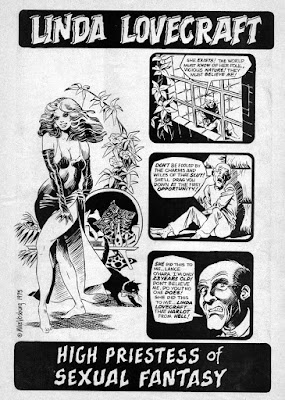 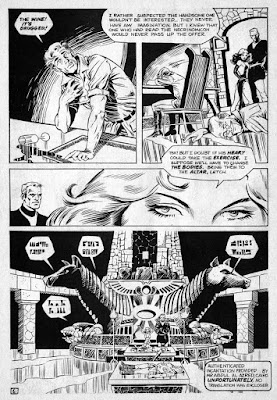 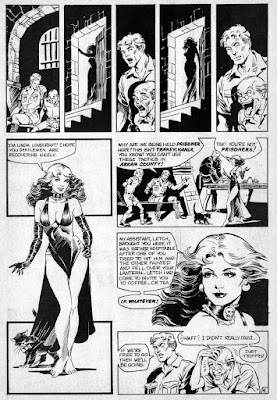 While the opportunity to do this in traditional comics was limited, Mike Friedrich had started producing what he called his “ground level” books ( so that they wouldn’t be confused with “underground” comics). His first was Star*Reach and he was looking for solid professional material at a slightly less than standard rate- the advantage was you owned the material and collected royalties on it. It was a great deal, and I immediately started developing my ideas.

Super heroes didn’t interest me much, and they certainly weren’t my strength. I was more interested in creating mood with mystery and horror, and humor and satire in the vein of Mad Magazine and Will Eisner’s Spirit. The art I was looking at in those days was Carlos Gimenez, Wally Wood, Frazetta and Kubert.  My favorite reading material was the horror writer I had just discovered, H.P. Lovecraft. And I liked to draw women…so it was only natural that the first character I came up with was the sexy sorceress Lori Lovecraft. 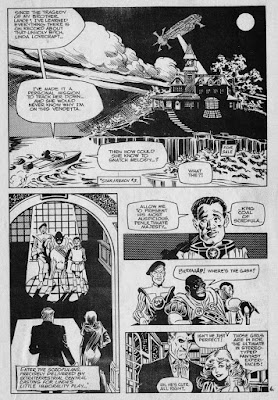 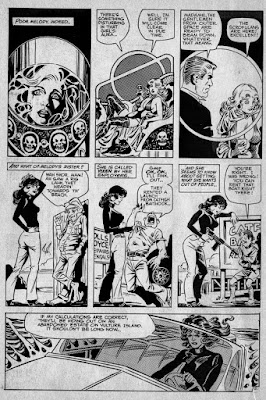 I was in my mid-twenties and I thought I was the smartest man alive- but I did realize that I knew nothing about real women, and that Linda was a good looking, cardboard character. So the stories were pretty average, except for the one very good tale written by my friend Mary Skrenes, but I did get the chance to produce a strip entirely on my own. (While I didn't letter the strip, I did construct my own balloons.) 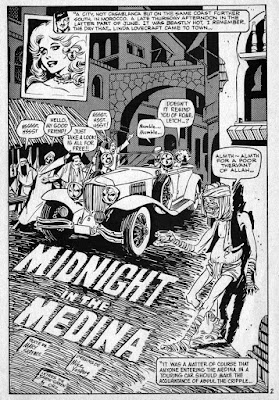 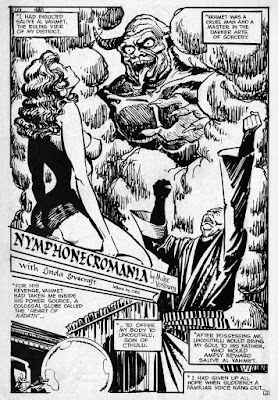 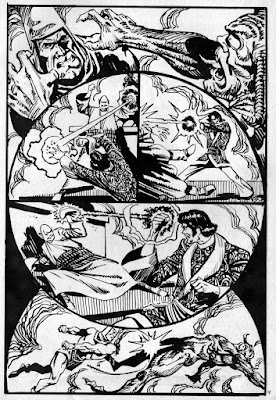 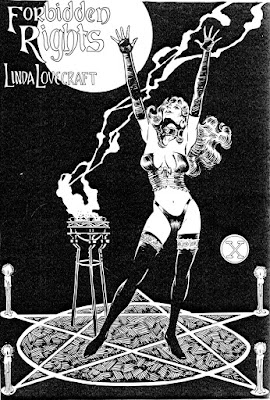 Ten years later I had moved to LA with my wife Annie and I was working for the most part in animation with an occasional comics job, which I usually only accepted if I was doing the pencilling and the inking. My friend Ken Kruger, a comic book distributor, approached me about creating my own book that he would publish. I was intrigued, but with the demands of my schedule, it was a slow process, and by the time I had finished the issue, Ken wasn’t in a position to be a publisher anymore, so I had to find someone else, which also took some time. 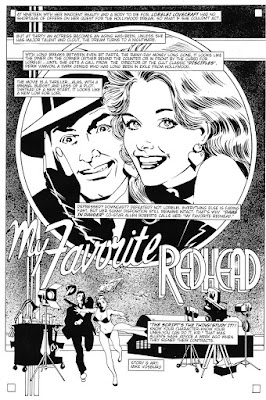 The book I had created was my return to Linda Lovecraft, but I had completely revamped the character and renamed her to Lori, short for Lorelei, which had at least some magical connotation. My first love had always been movies, not comics, and so I wanted the stories to reflect that love of the cinema. They would all be pastiches of my favorite films, and I would cast my favorite actors (such as Boris Karloff, Bela Lugosi, William Powell, etc. ) in the stories. 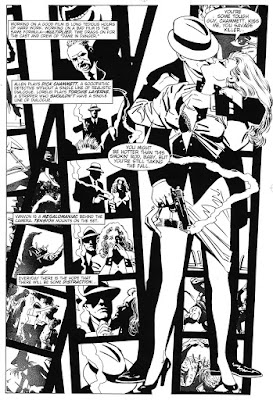 Lori was a 25 year old knockout who wasn’t much of an actress and was already too old to survive in the film business. So when she discovered the Necronomicon on a set, she focuses on magic and becomes an equally inept sorceress. At forty I was very happily married, and while I still thought that I was the smartest man in the world, I still knew nothing about women. So I turned to a young bachelor named Pete Ventrella to help write the stories and provide some insights. Pete eventually got married, so I don’t how much he actually knew about women, but his writing was always brilliant. And we shared the same sensibilities... so we worked well together turning out seven stories over the years. 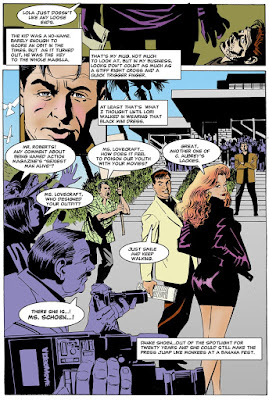 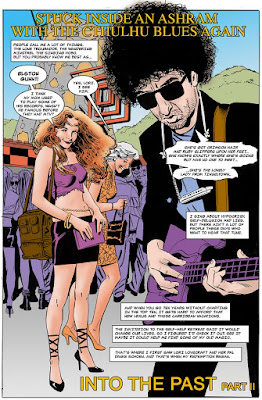 But once again, since the project was a labor of love and brought in little renumeration, our regular work schedules became hectic enough that we eventually had to give up the hobby, ending the series with Lori’s marriage to her producer, Allen Roberts (inspired by Bob Hope.)  Pete and I have talked about doing more stories, but Lori seems to have her own reputation as a happily married women to protect and so the three of us have never quite gotten it together again. 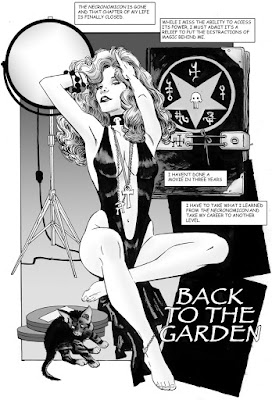 The project was certainly my best effort in the field of comics, and when I look back of the books, I’m always pleased- not a feeling I get when I examine either my early Marvel or DC efforts. Since that time I moved onto other projects, namely Retrowood, a film noir series, and currently, The Mad Mummy, another strip with a whimsical approach. 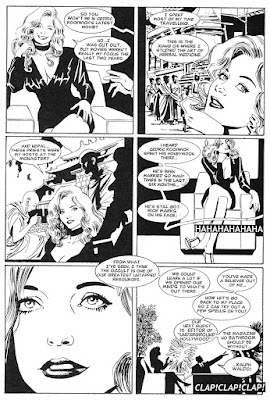 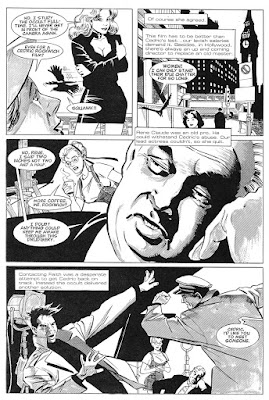 After forty years of producing my own material, I’ve decided to try and widen the limited audience that might be familiar with the work. Starting in January of 2016 I’ll be posting a weekly comics supplement featuring all of my creator owned material. And the best part is since it’s my gift to you it’s absolutely free. So plan on putting a new bookmark on your browser and drop in for a weekly visit for some thrills, chills and laughs. 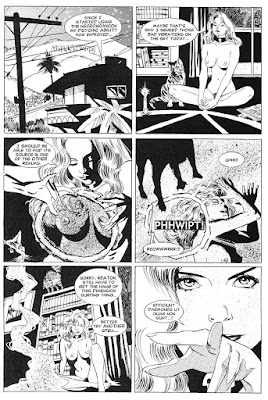