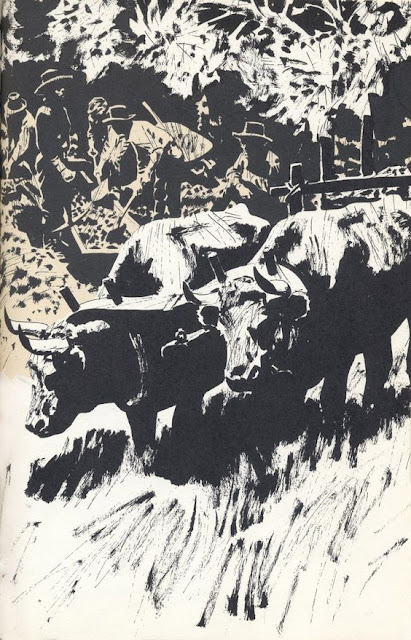 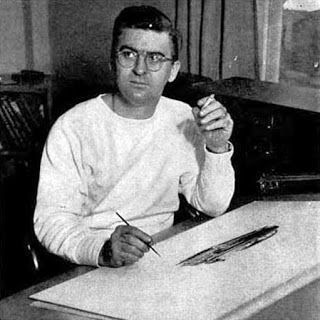 Contrary to popular opinion Noel Sickles didn’t invent the chirascuro style- no more than  Toth did in the 50’s, Steranko in the 70’s, or Miller in the 90’s. Never having any formal training , Sickles  developed and honed his ability to draw until he was a master draftsman and understood both the process of “seeing” and “knowing” his subject while he drew. 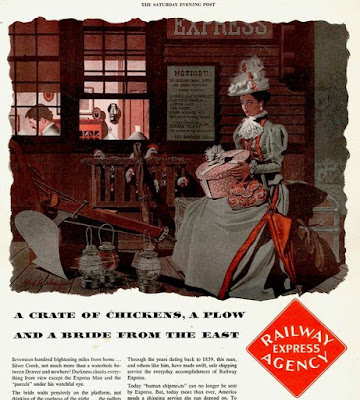 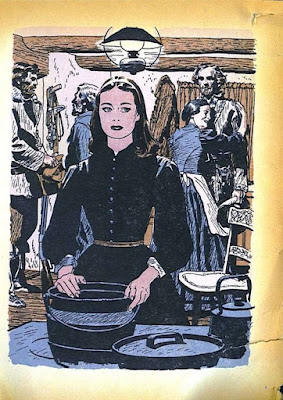 His experience in  the process of reproduction learned while working as a newspaper artist and cartoonist was a major factor in his minimalist approach.  Using high contrast black and white
drawings with a single tone was simply the best and simplest approach for his medium.

(A classic example of Sickles simplicty at it's most effective.
Every line used to it's maximum potential, and a bravura
display of draftsmanship.) 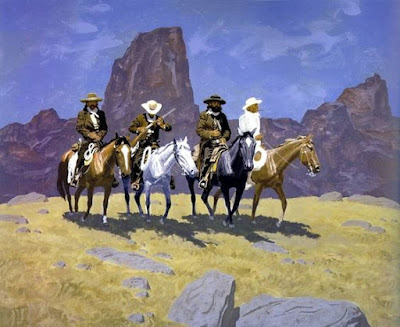 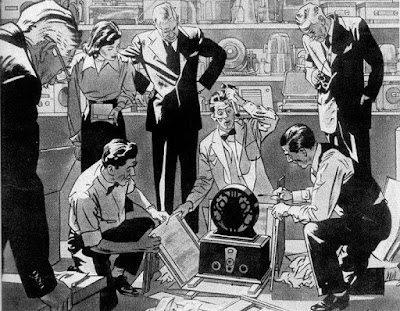 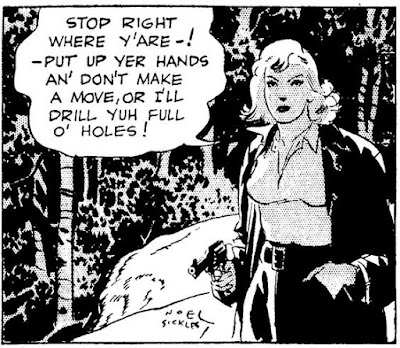 After a year at Ohio State,Sickles moved to NCY in the early thirties and began working for the Associated Press’s art department. In l933, with the regular artist terminally ill,  he took on “Scorchy Smith”  and his innovations in style were a major influence throughout the industry - including on his studio-mate Milton Caniff. Sickles and Caniff often helped each other on their various projects whether it was Scorchy, Terry, or Mr. Coffee. Caniff was certainly the stronger writer, but Noel Sickles was by far the more polishes artist. Sickles left Scorchy after three years to concentrate on illustration. His career kept blossoming. During WWII a series of drawings he did for LIFE magazines demonstrated his uncanny ability to draw realistically while retaining a sense of drama and style. As a result of this project he was hired by the Army and Navy for the duration of the war years, often working on highly classified material never seen by the general public. 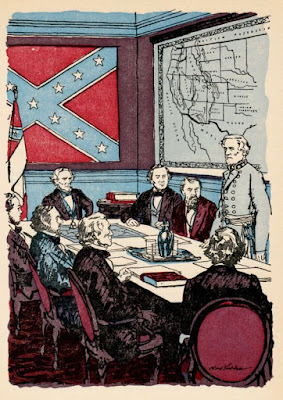 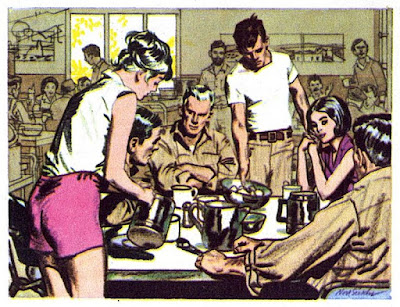 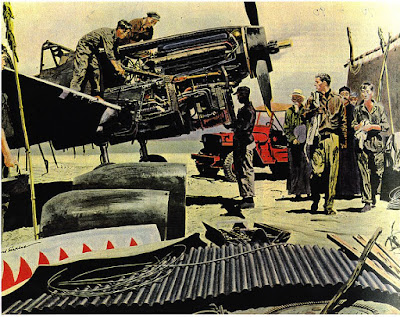 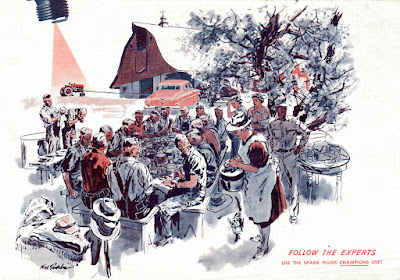 Noel was also a master with color, but there is always a strong presence of dark and light, the tones being applied, like fellow illustrator Robert Fawcett) almost as an afterthought. He was the perfect example of what the great cartoonist Roland B. Wilson once told me: If you get the values right, everything else will fall into place. Before magazine illustration became increasing hard to find, his art could be seen in the Post, Colliers, and in numerous adaptations of Reader’s Digest condensed books. One of his last major assignments was illustrating Ernest Hemingway’s “The Old Man and the Sea.” 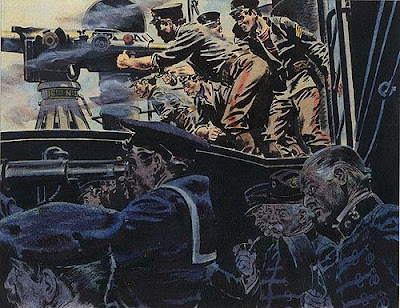 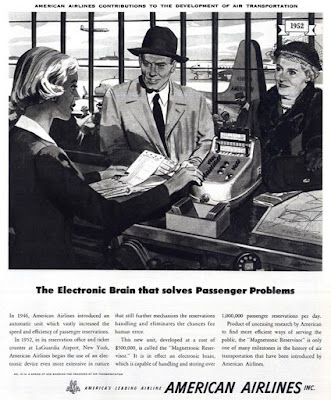 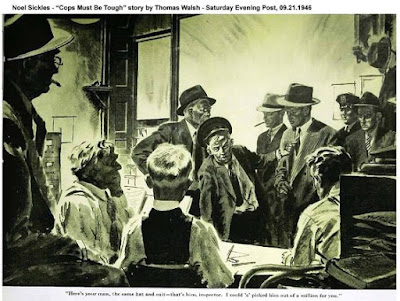 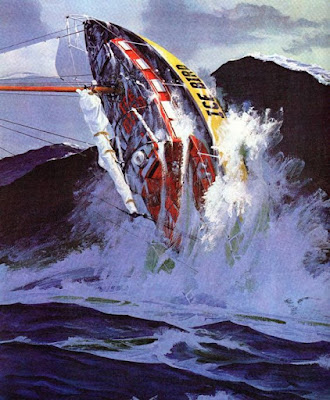 The work of  Noel Sickles as a cartoonist has had a major impact on each successive generation of new artists. Sometimes they have a firsthand knowledge of his work, but often  they learned of him through his disciples: Toth,Steranko, Miller....and so many more. The irony is that cartooning was only one aspect of Sickles the artist; painting and illustration and his unseen work for the U.S. military were to make of the bulk of his artistic career. In l983 he was elected to the Society of Illustrators Hall of Fame.

Enough words...just look at his pictures.

Don't forget to check out our original comic book stories every week on our sister site,
Vozcomix