One of my favorite projects that I've worked on over the years was the three Chronicles of Narnia movies. They were my introduction to boarding live action films after a long career in comics and animation. While most of the projects I've worked on I have a hard time finding any of my own fingerprints, in that first Narnia movie I can see something of myself in almost every scene.

The job paid very well; I wound up working in Aukland NZ and in Prague, both of which were almost paid vacations for me. Working with Andrew Adamson and Mark Johnson was a delight.
There were so many good experiences with so many different folks.

While most of the crew moved on to different assignments and I've lost contact with them, many of the storyboards artists I still get together with from time to time: Trevor Goring, Tom Nelson,
Joel Venti, young Rico De'Lassandro and Jim Biehold and a few others. In fact yesterday Tom and Joel and I met for a lunch in Burbank.

Below is one of my favorite sections that I boarded, where Edmund (Andrew was always chastising me because I invariably called him Edwin)  has wandered into Narnia and is wandering around when he suddenly runs into the infamous White Witch. C.S. Lewis always described her with jet black hair and very beautiful. At the time I always used scrap of Nicole Kidman as a model , because that's who we thought might wind up being cast in the role. When I learned that they were going with Tilda Swinton I was a bit disappointed...until I actually saw her in the film. An amazing performance by an amazing actress. 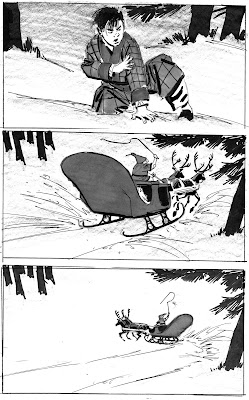 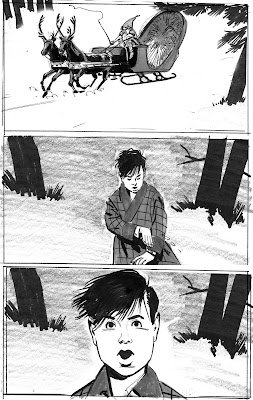 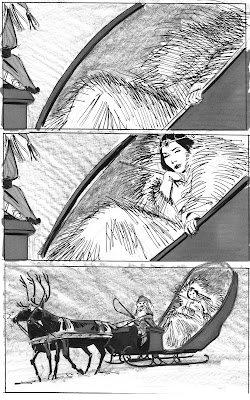 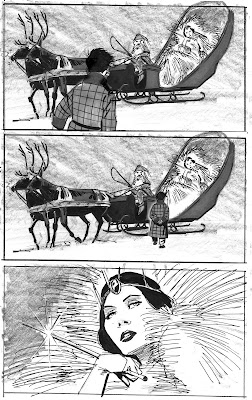 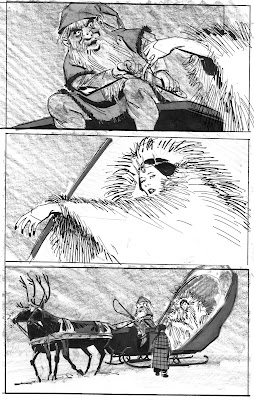 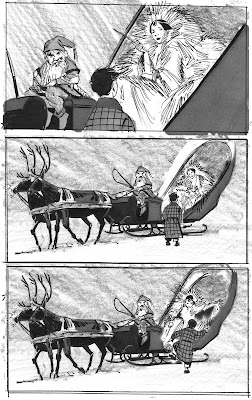 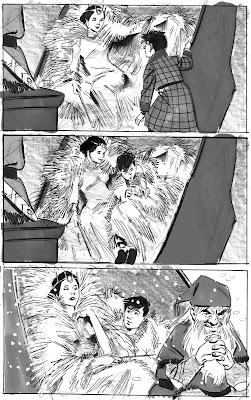 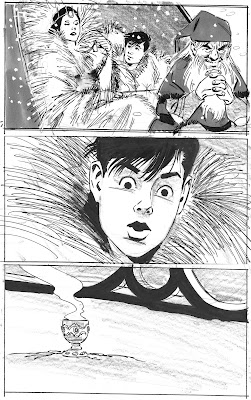 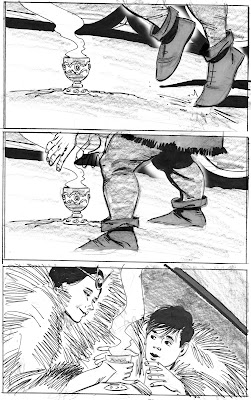 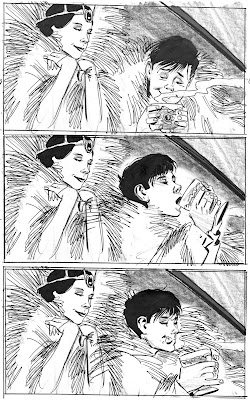 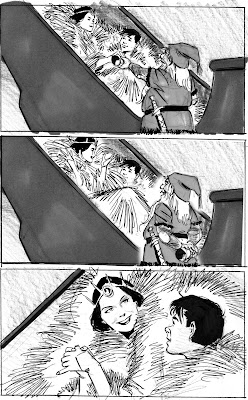 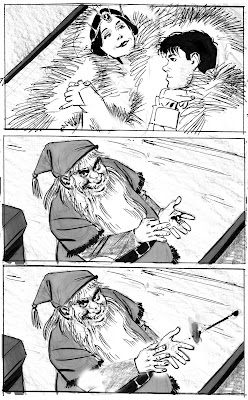 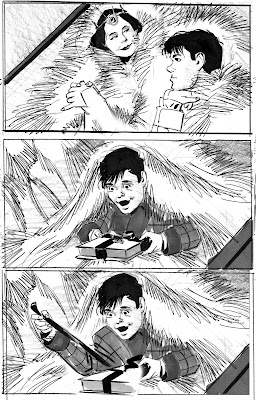 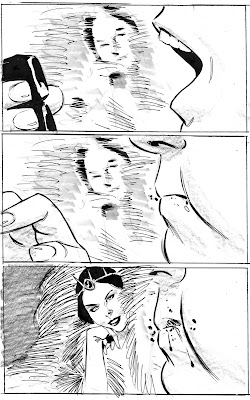 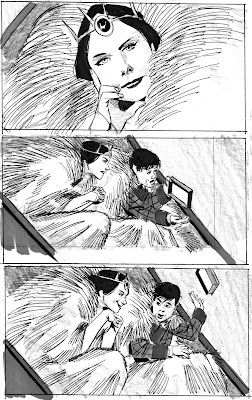 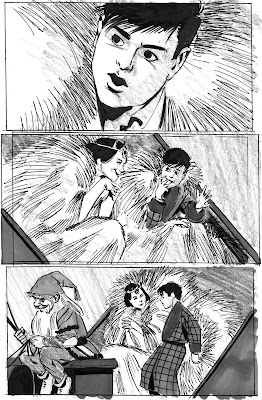 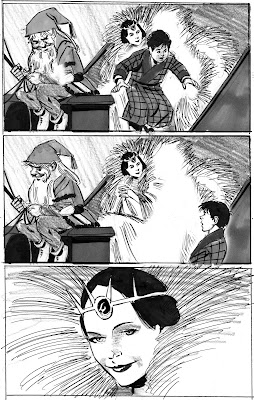 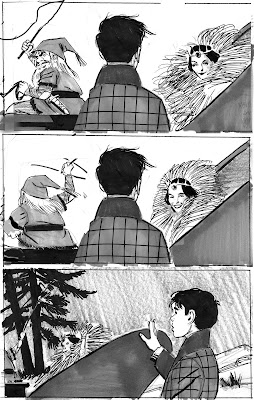 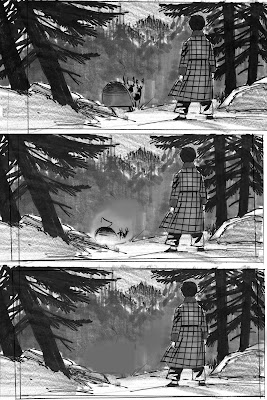 These drawings were then numbered and put together in an animatic and a scratch track (voices and sound effects) added. Traditionally you added little arrows to indicate where characters were moving, and other necessary screen direction, but the animatics obviated all that. At the time, 2003, this was all an entirely new approach to making films. All in all it was a great experience.
Posted by Voz at 11:29 AM