MAD MUMMY- MEETING OF THE SEVEN 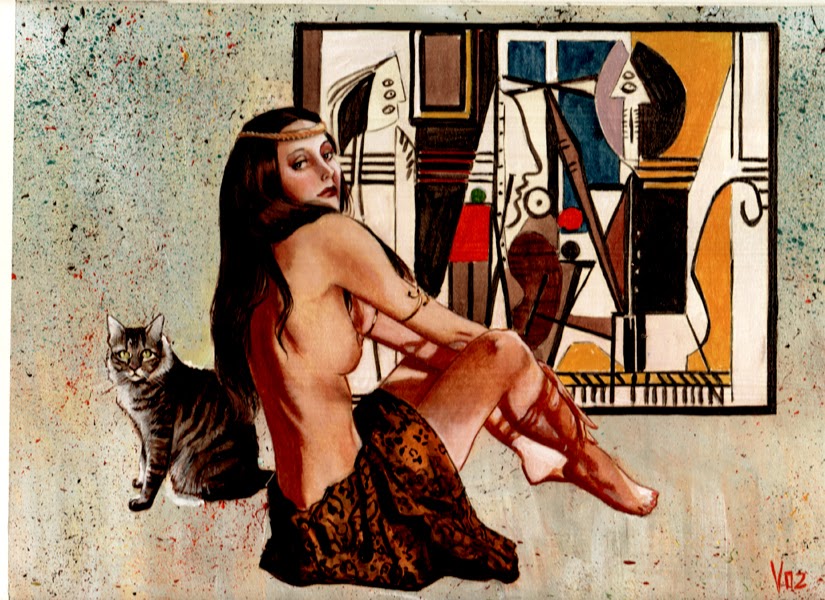 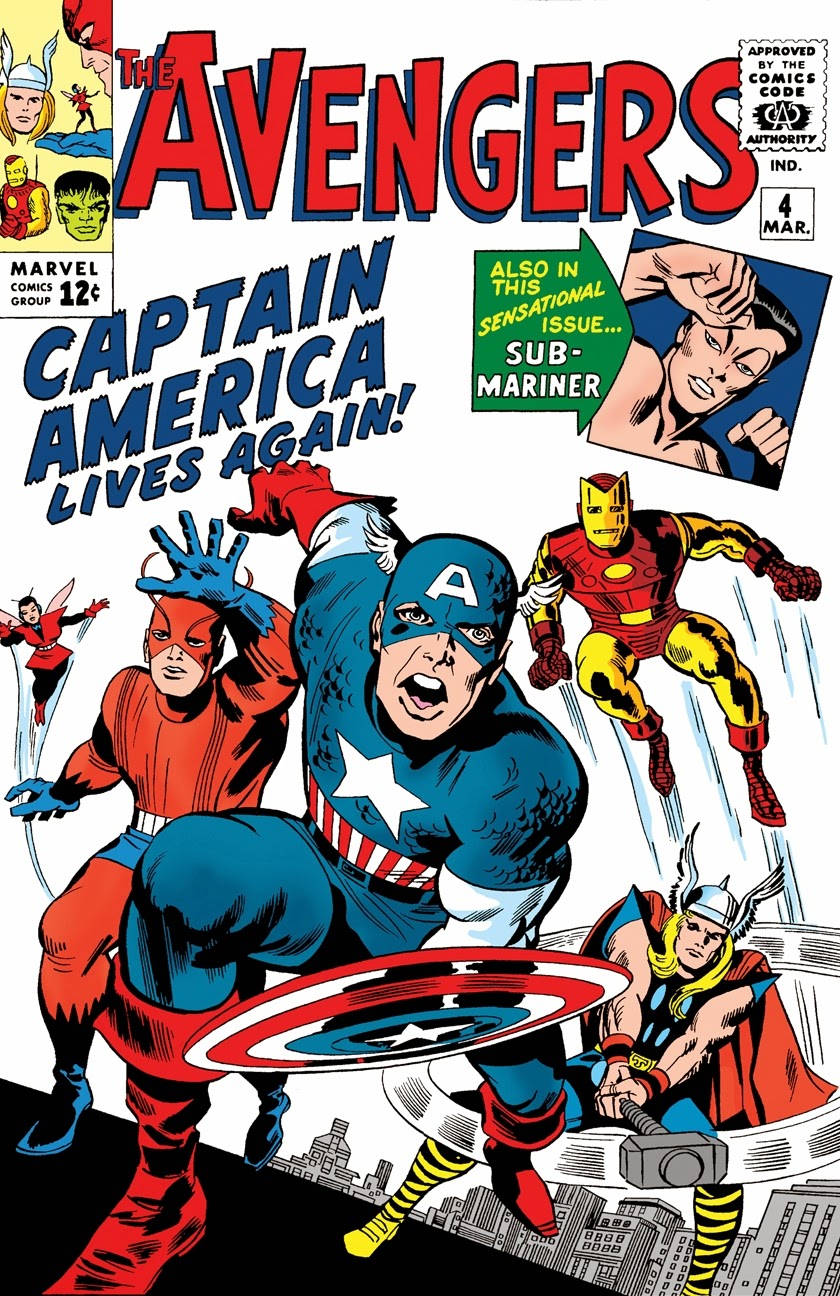 This week I finished the rough pencils on the fifth issue of The Mad Mummy. The story incorporates two of my favorite characters from fiction, Harry Flashman and Dr.  Fu Manchu, and I had a great time drawing them even if I can't identify them by name in the story. In terms of chronology, the story takes place right after Flashman 1860 adventure in China with the Tai Ping rebellion, and involves a meeting of the Council of the Seven of the Si Fan with our hero Aten Ra and a very young Fu Manchu .

For the latter, I pulled out all the reference I could find on the mummy of Seti I, which Sax Rohmer described as his physical model for the Doctor. Of course, despite having the silly mustache named after him, Fu Manchu never had any facial hair. And the ideal Flashman was of course Errol Flynn, who not only had the physical attributes of the character, but lived a lifestyle that would have made even Harry jealous. 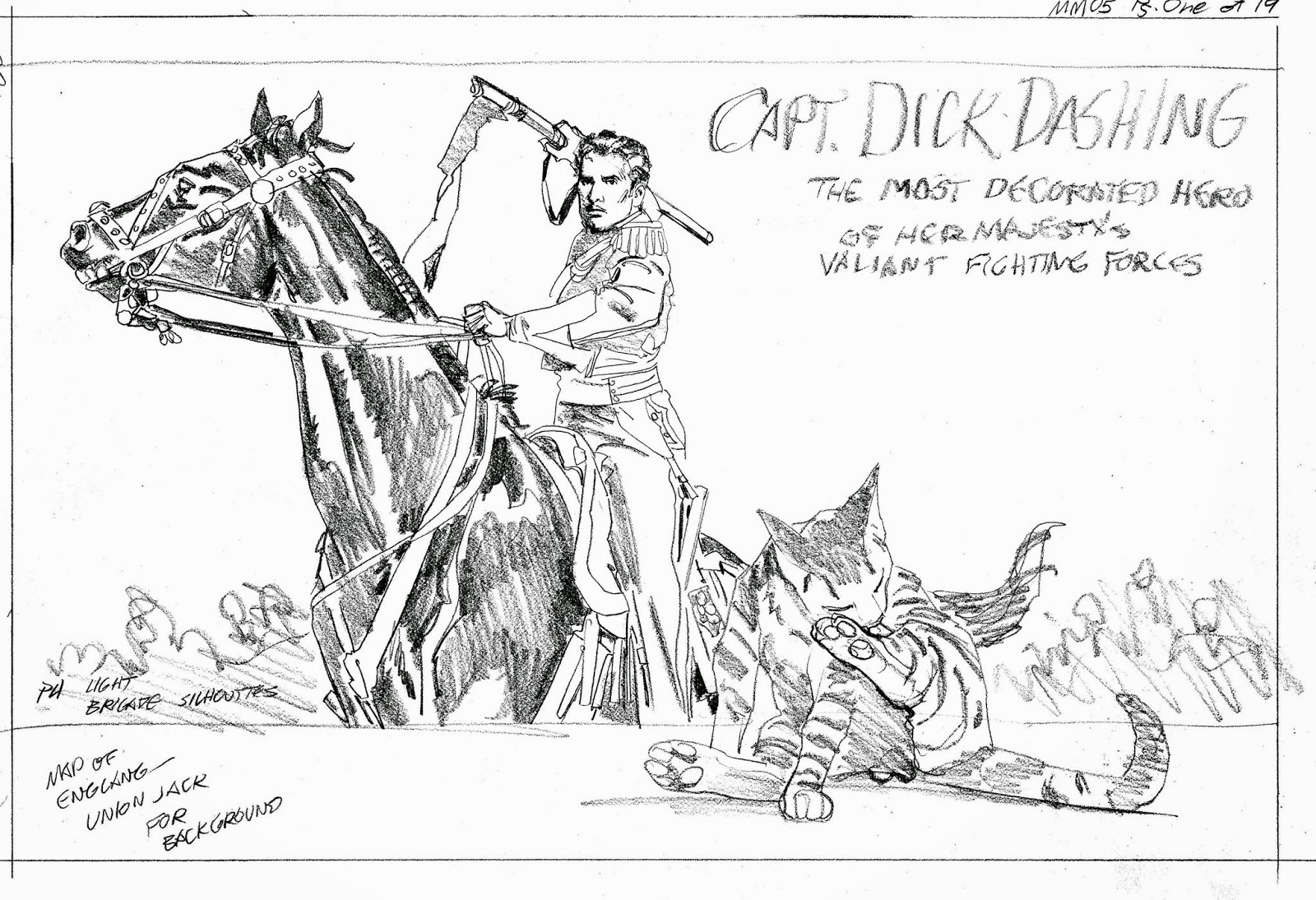 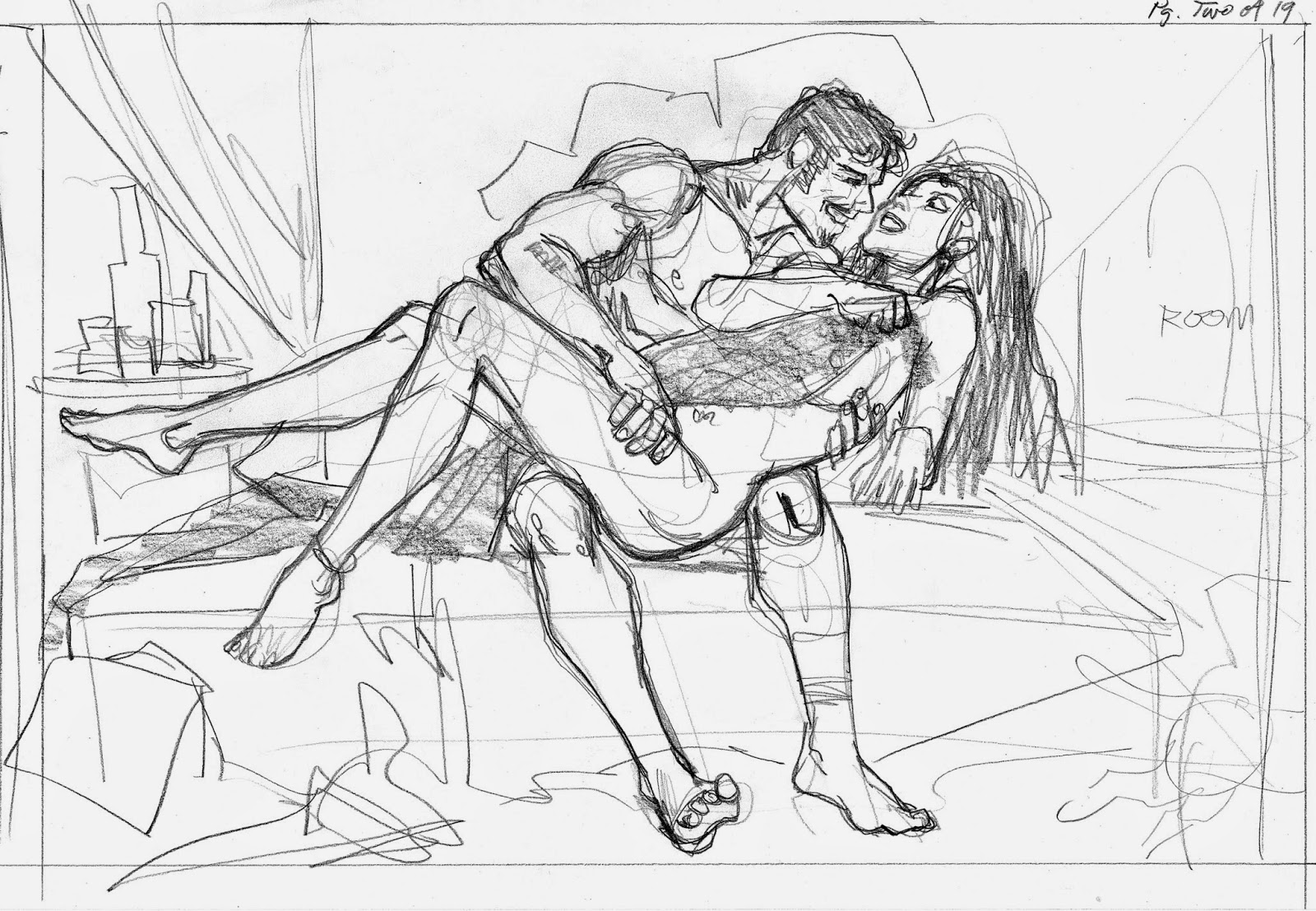 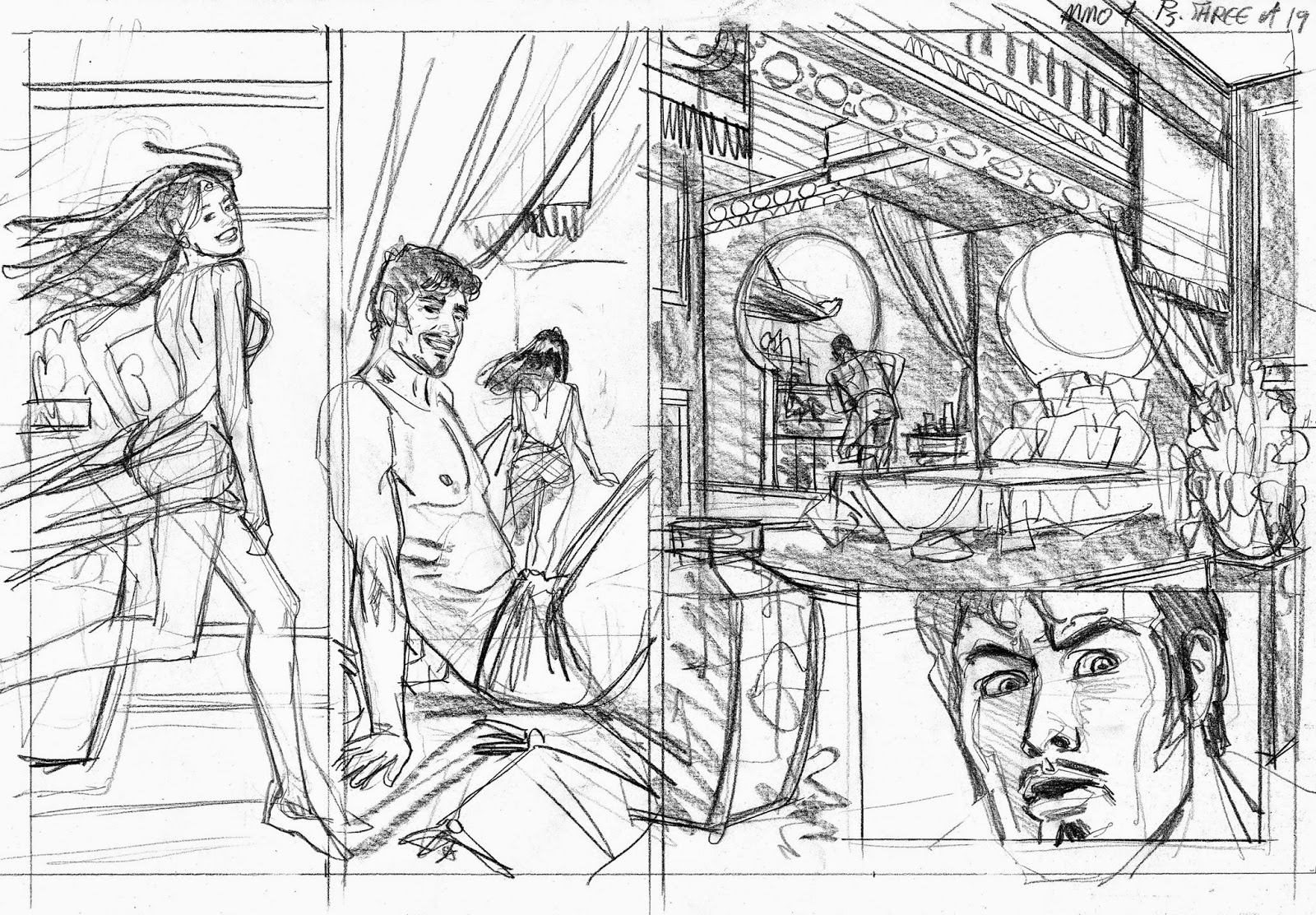 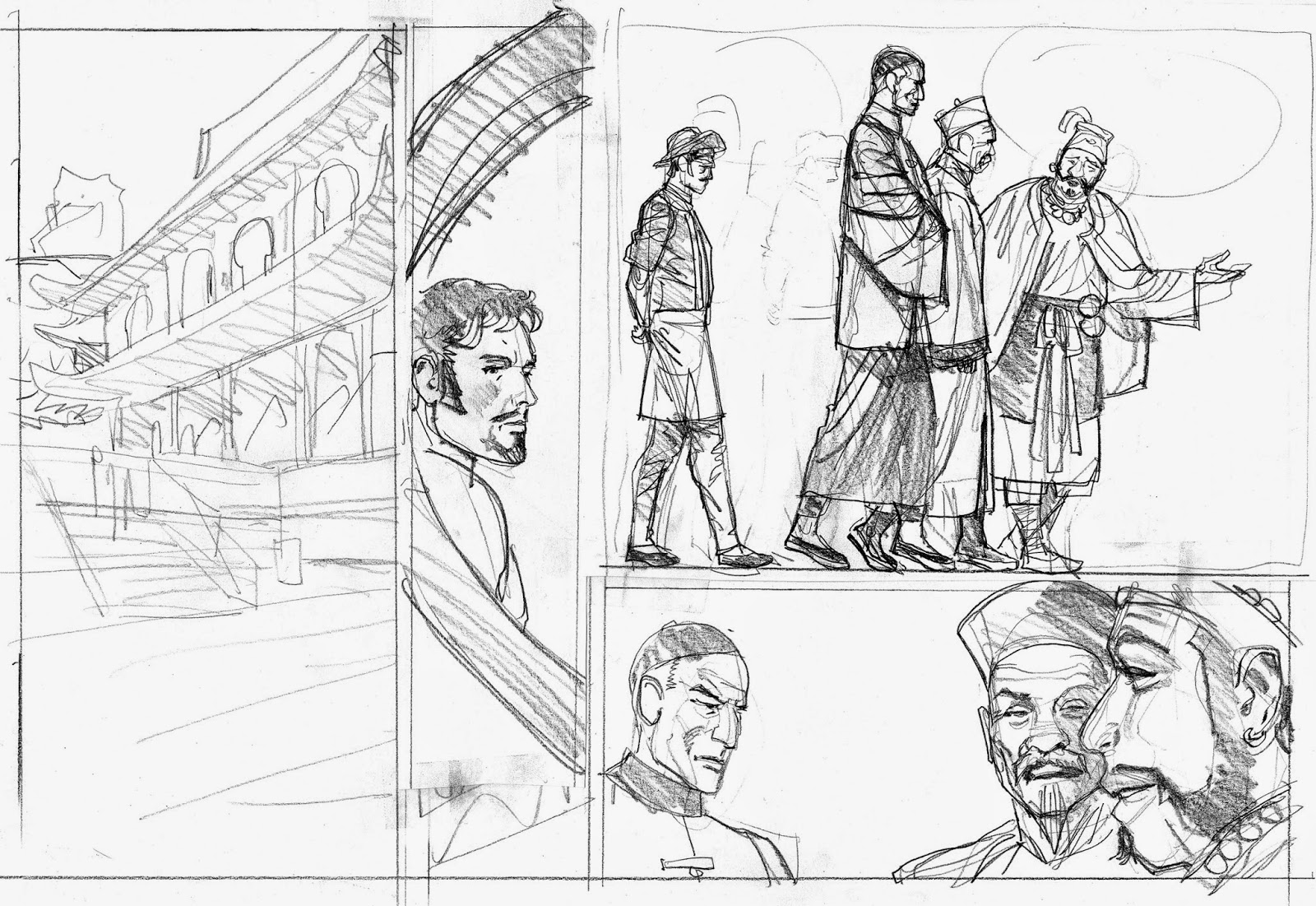 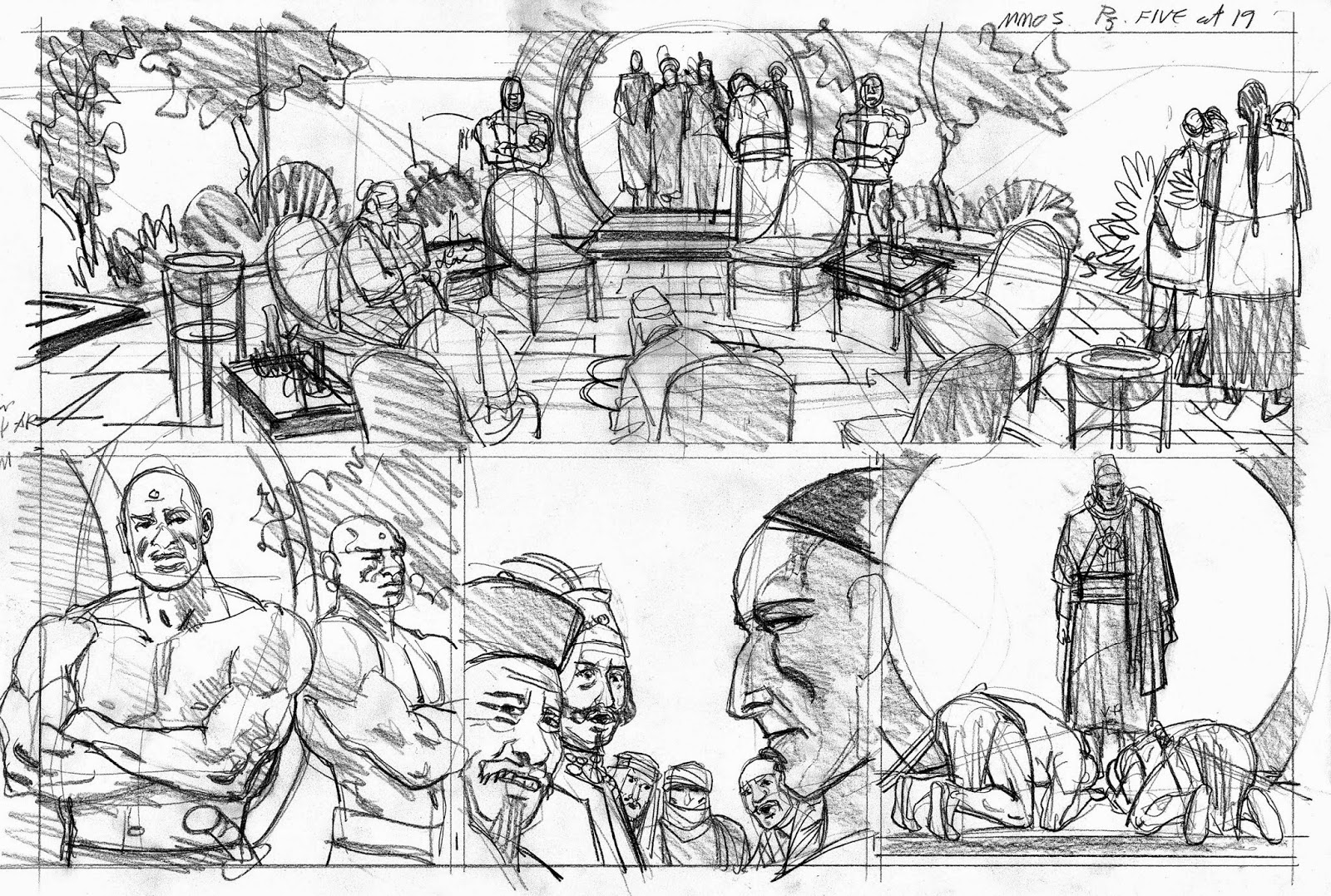 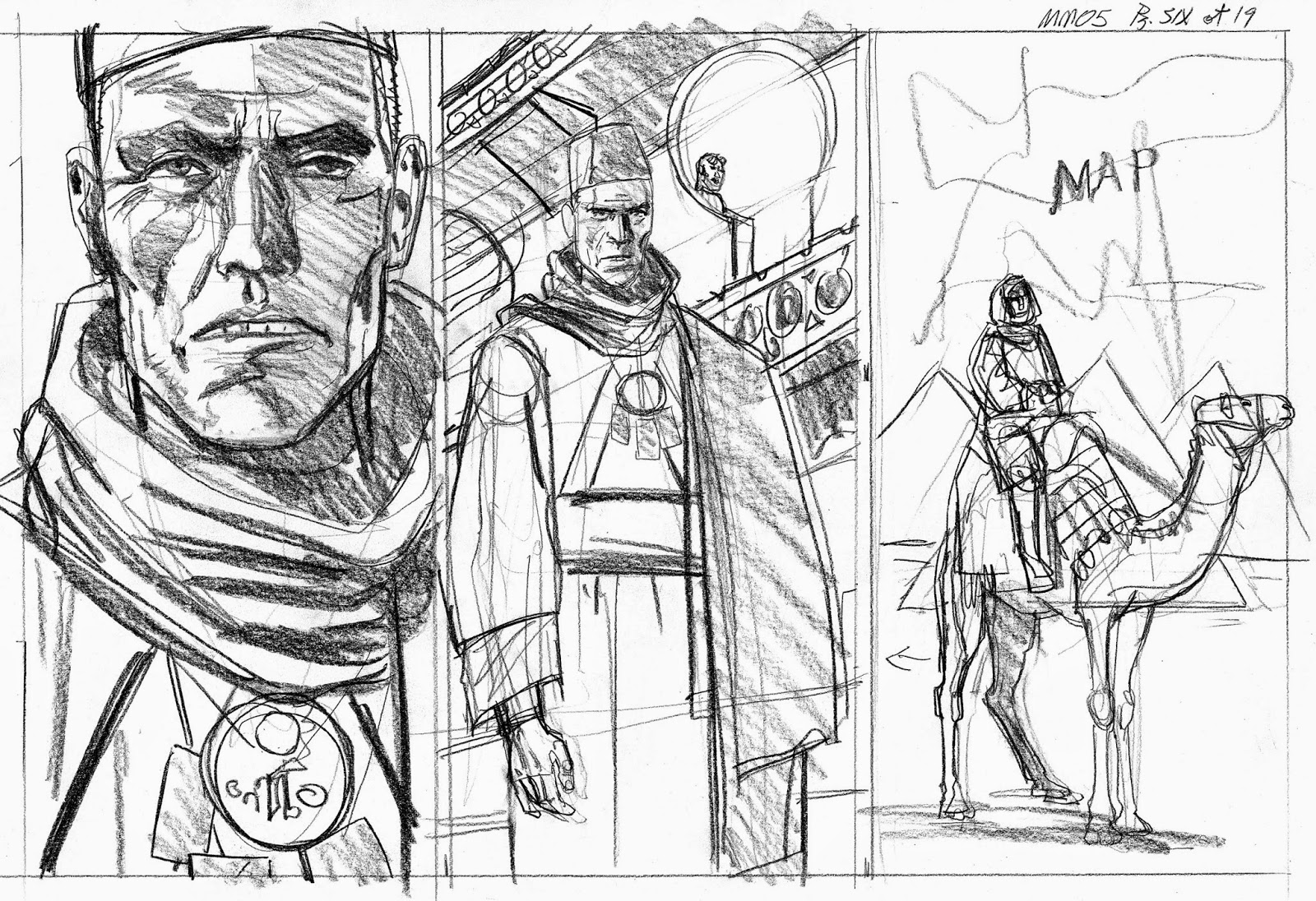 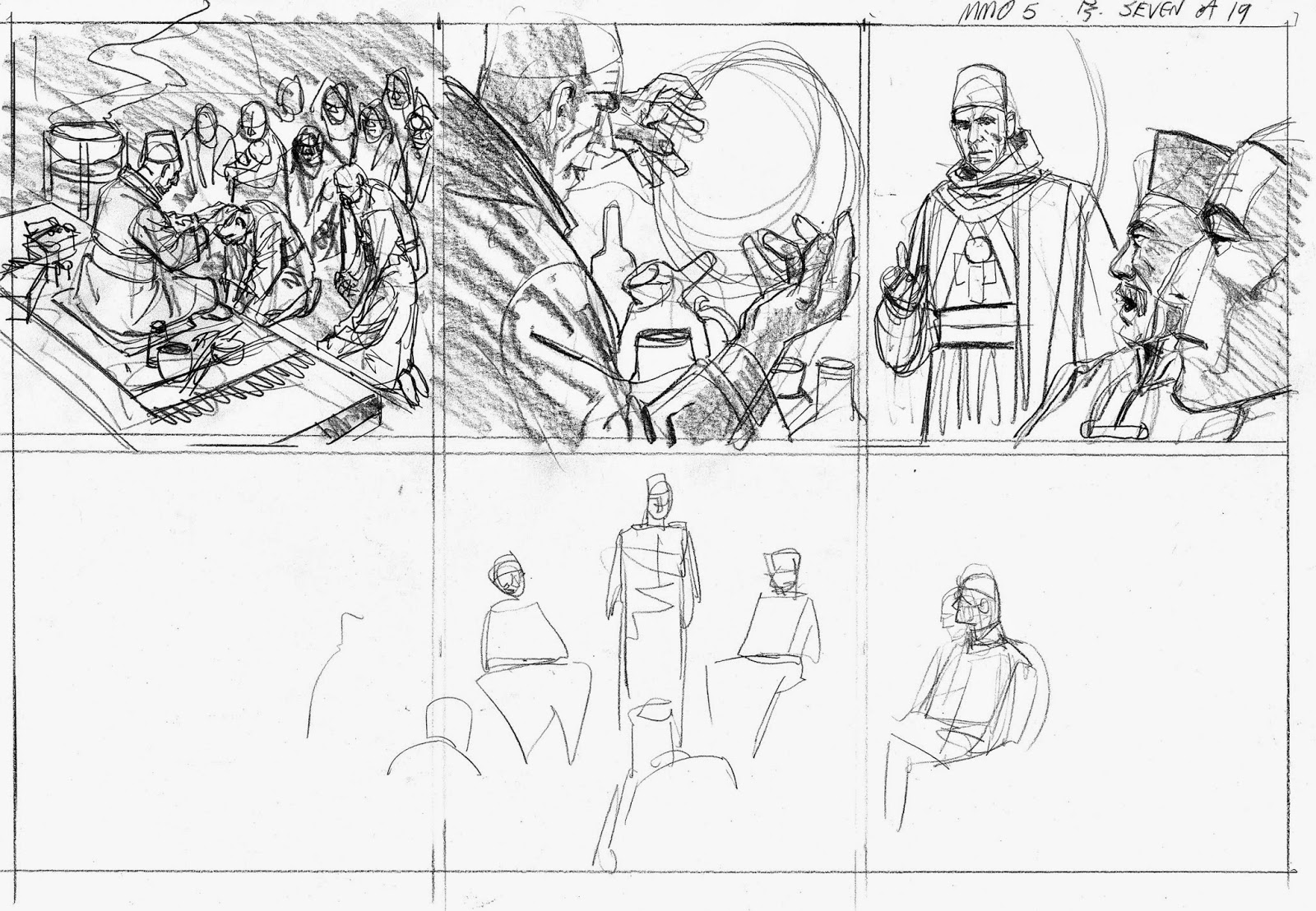 While my friends are always asking me if I'm the model for Aten Ra, the Mad Mummy, I have to insist that I am not. For the face in general I have a folder on actor Ralph Fiennes, and the only time my likeness comes into it is when I'm trying to get a cartoony facial expression.  And I somehow doubt that Mr. Fiennes would take it as a compliment that I am being mistaken for him, or that I used him as the basis for a mummy. 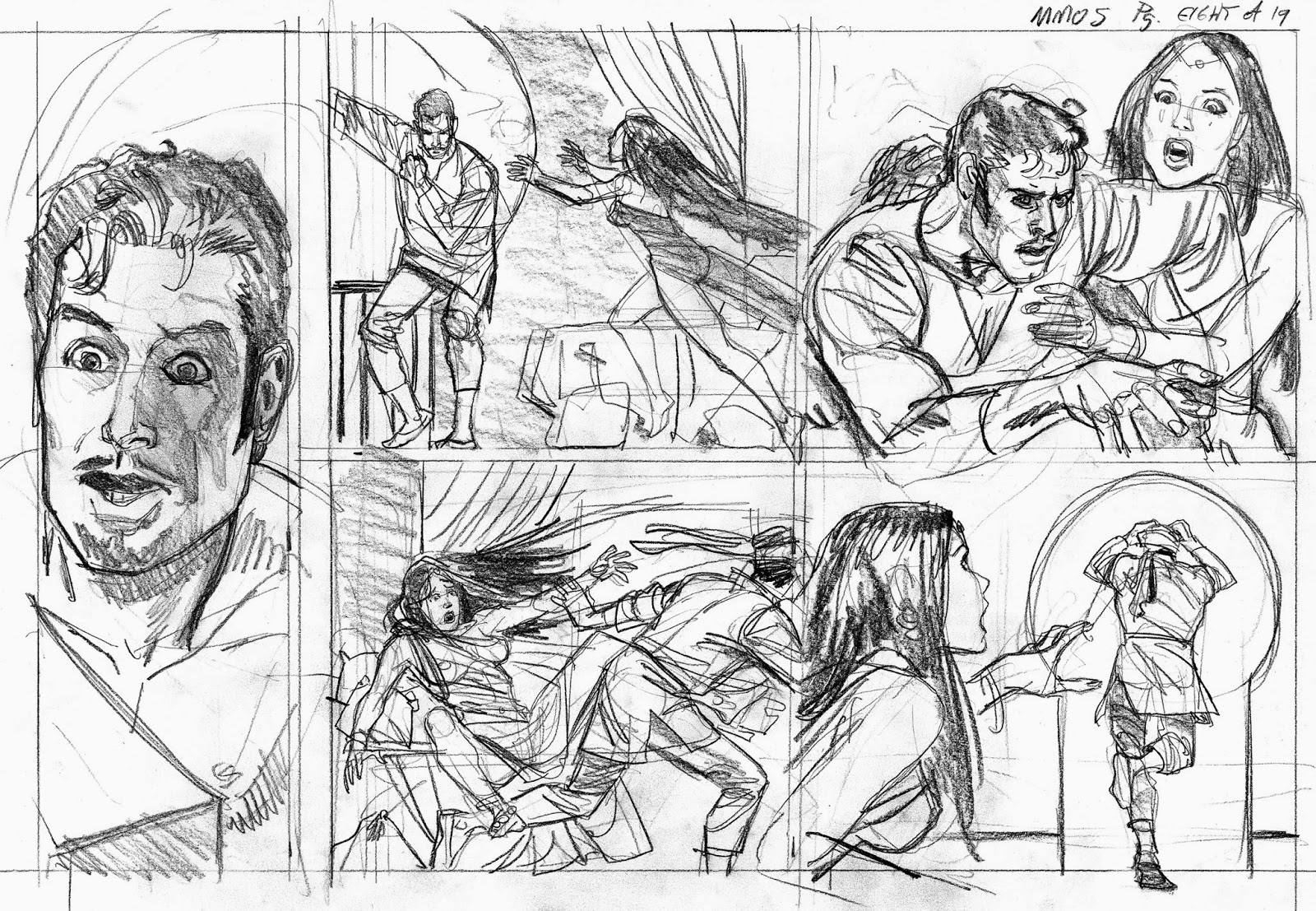 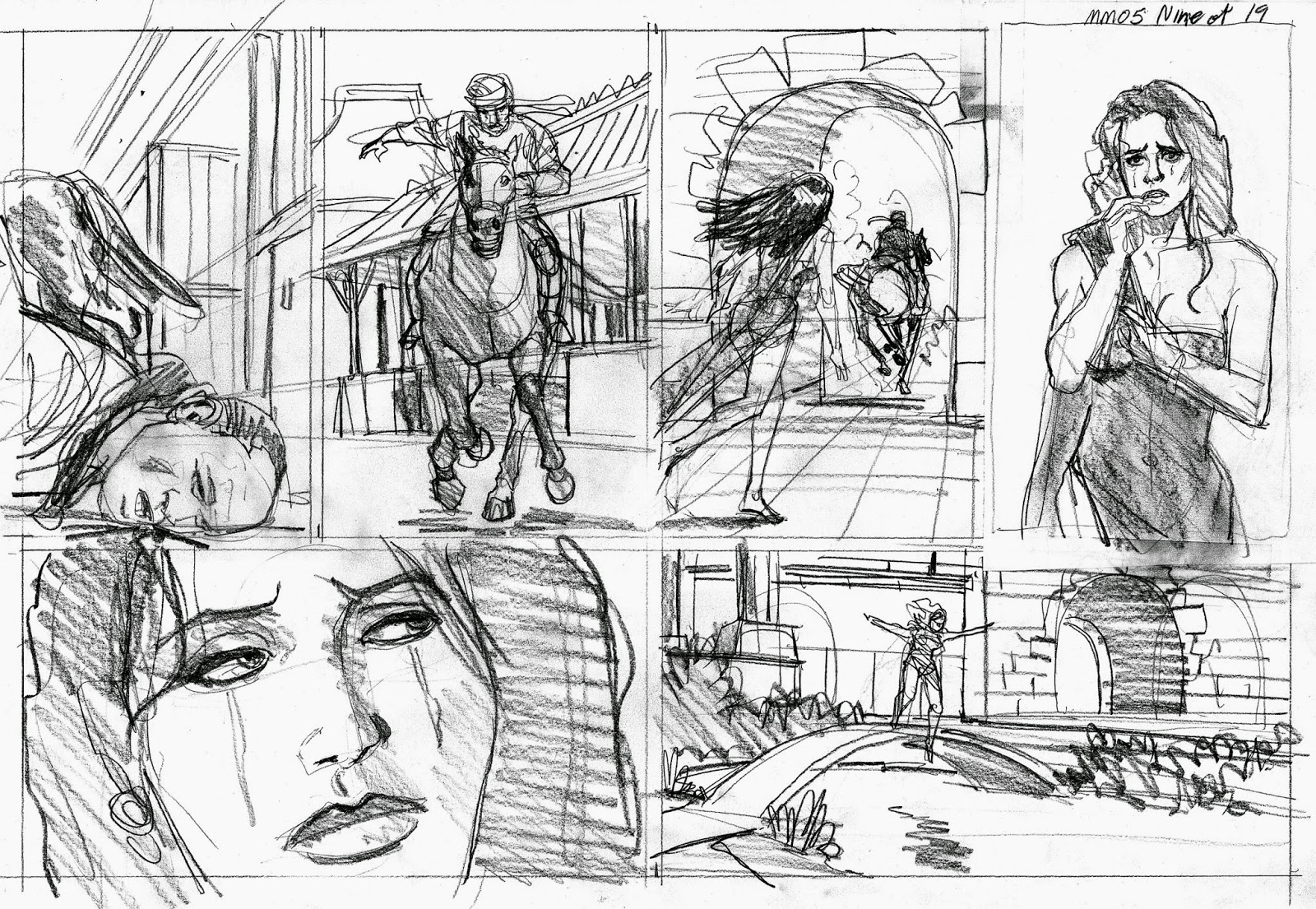 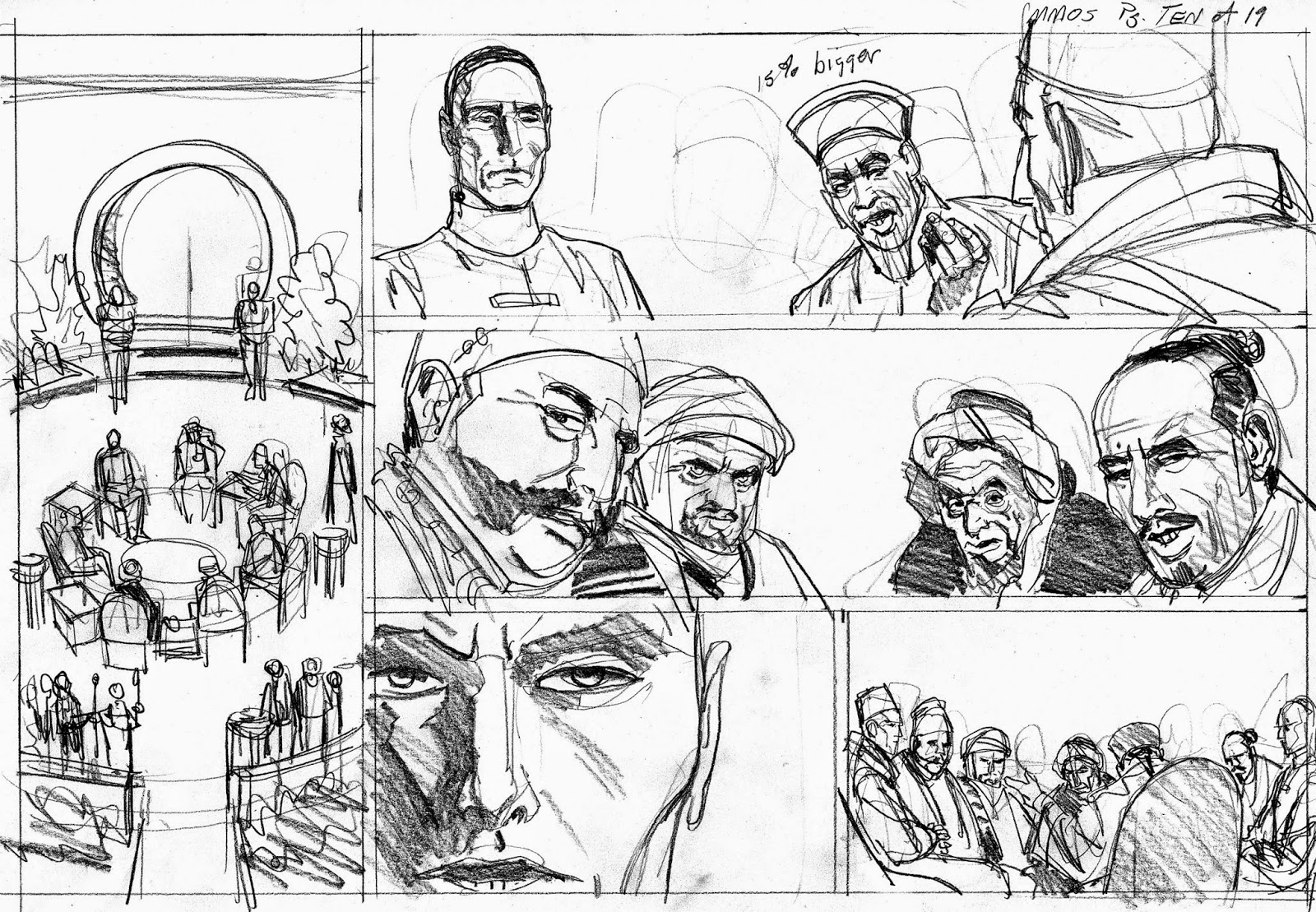 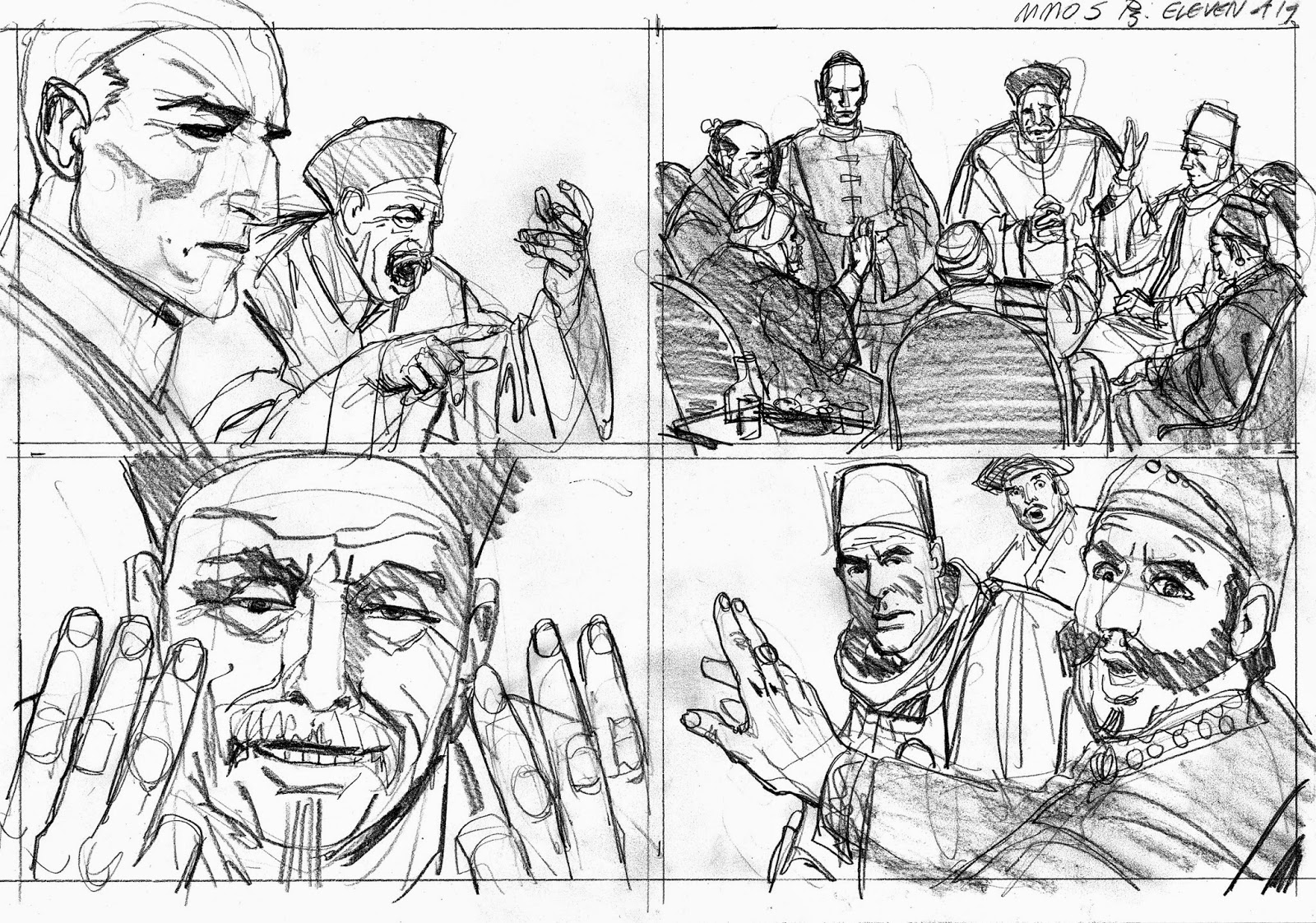 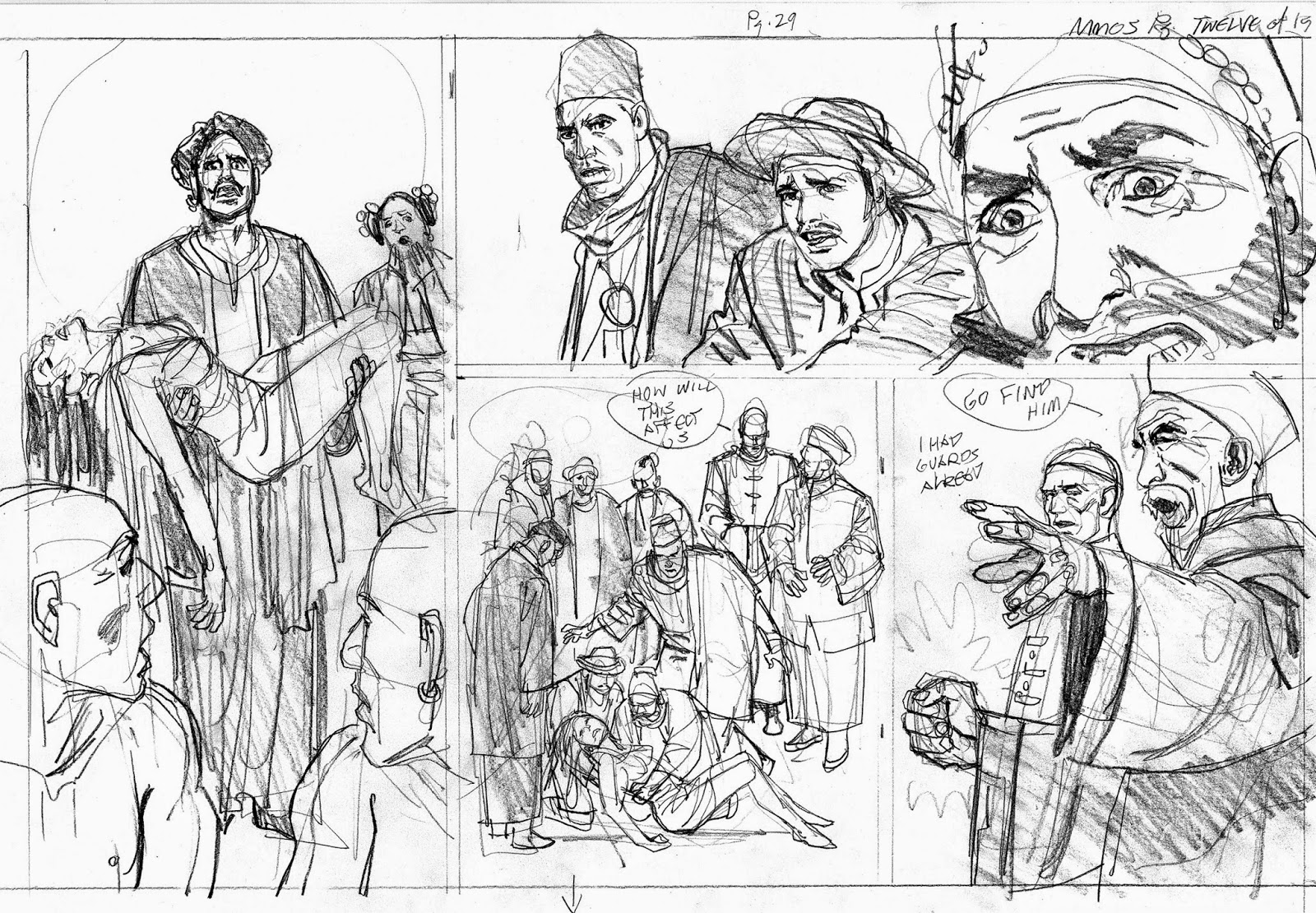 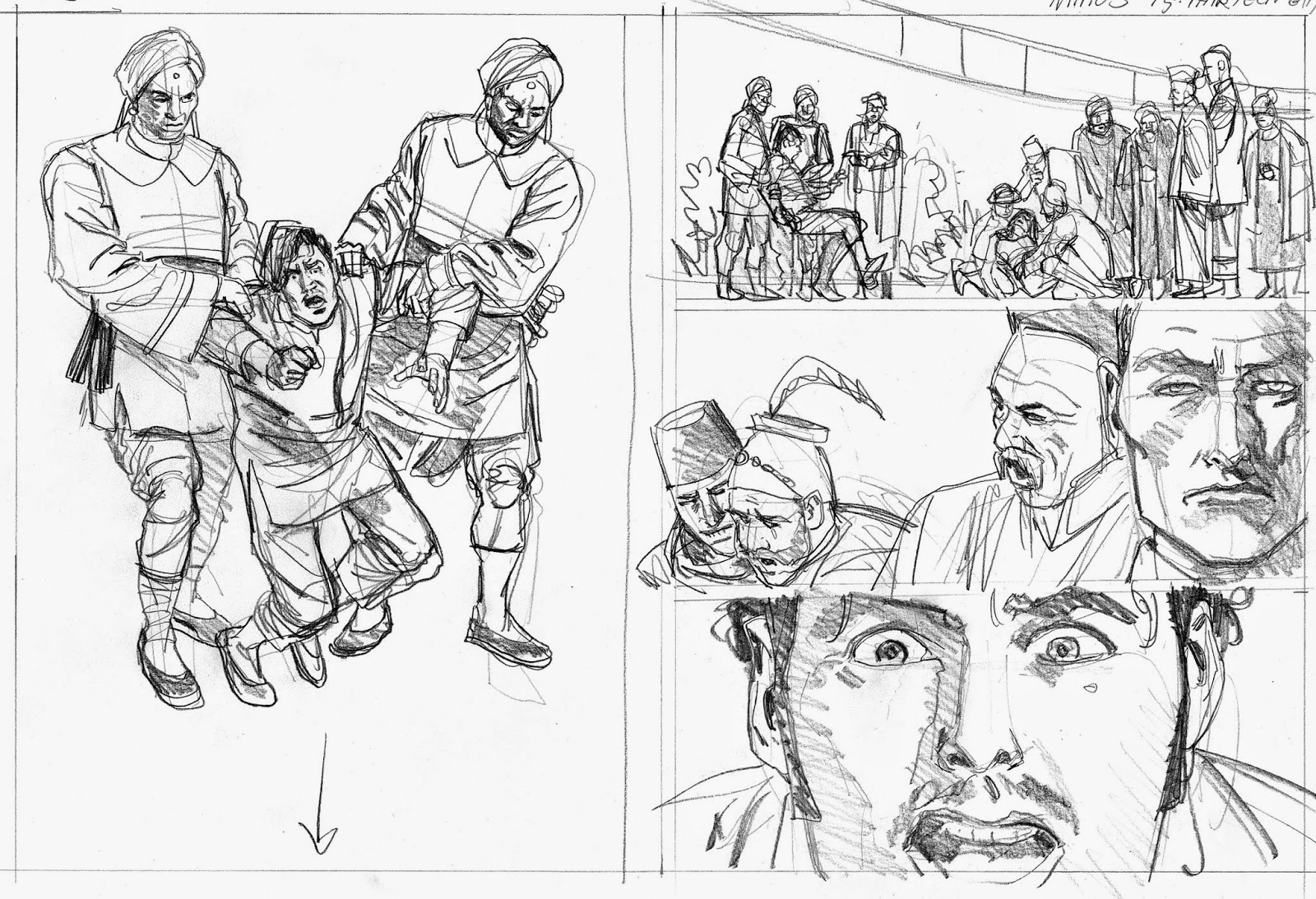 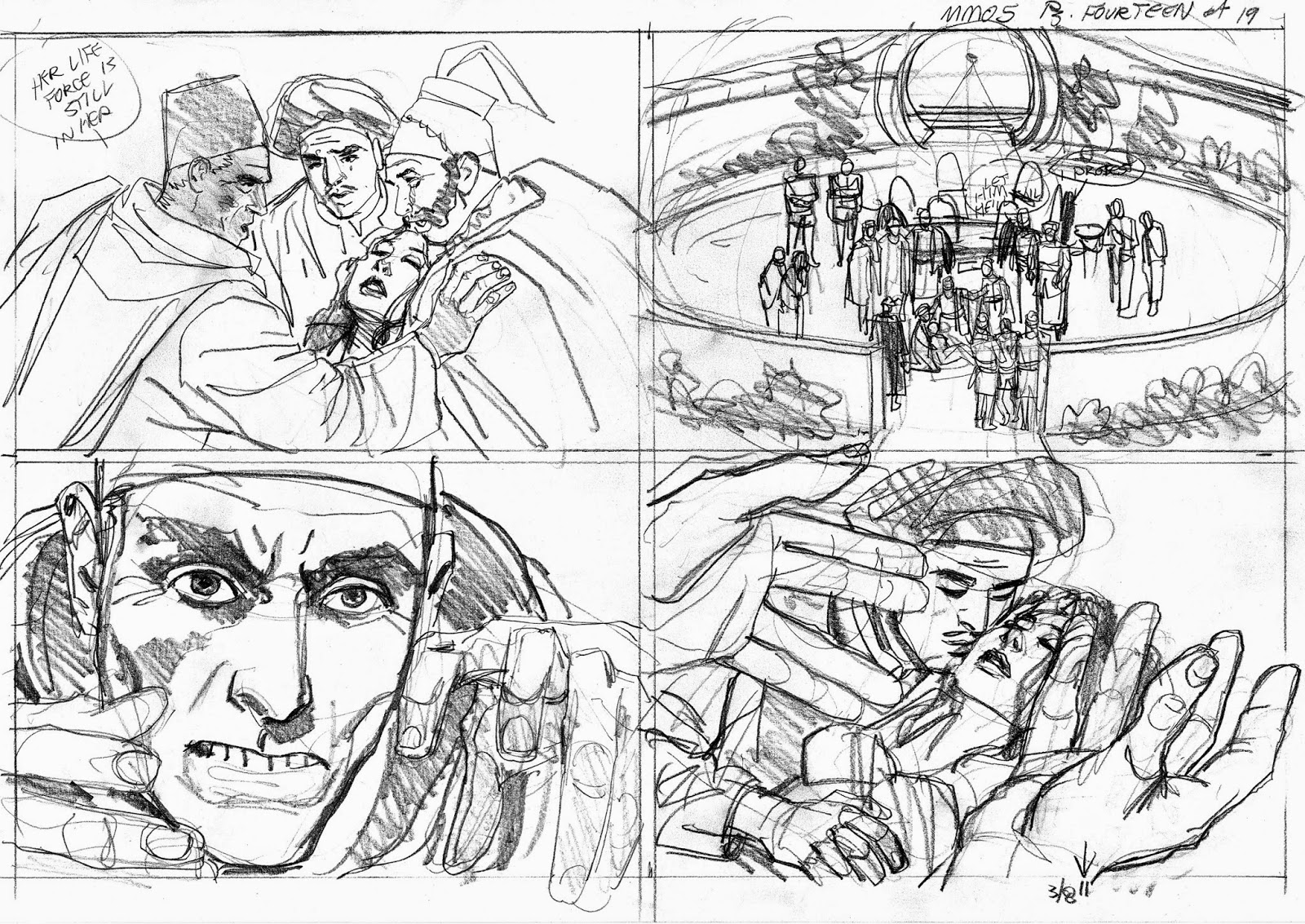 In issue six, the back story of Aten Ra (now known as Adam Ray) continues in 1928 in Egypt when he once again meets the Chinese doctor, who is now extremely ancient, and his daughter Fah L Suee who is the reincarnation of Aten's estranged lost love, Ankhesenamun. The story explains Aten Ra's part in helping create the elixir vitae that restores Fu Manchu's life force. In issue seven, this triangle continues in the late 30's, and eventually reaches it's conclusion in current time where the doctor has finally retired to the beaches of Malibu. Lots of fun things to draw. 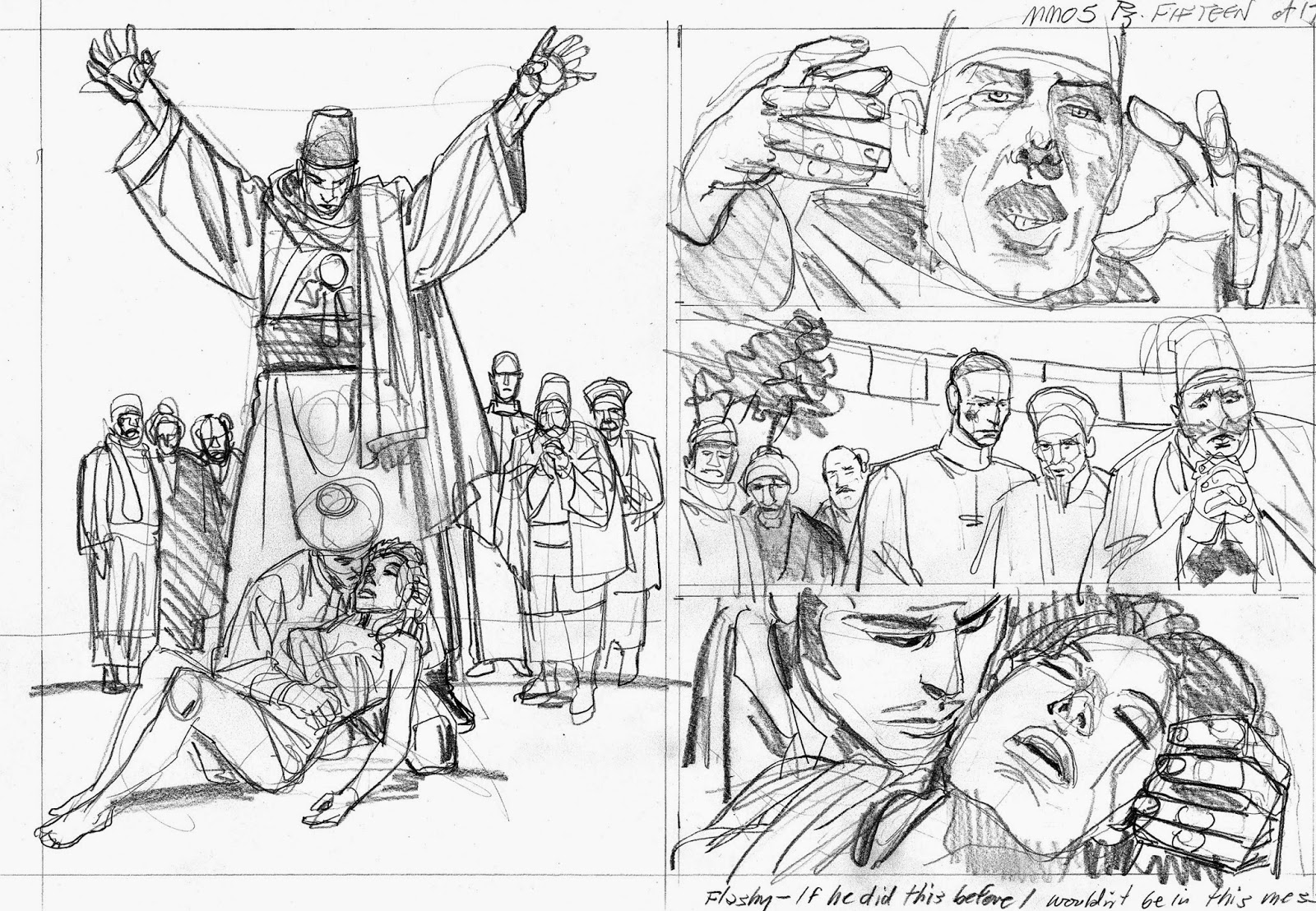 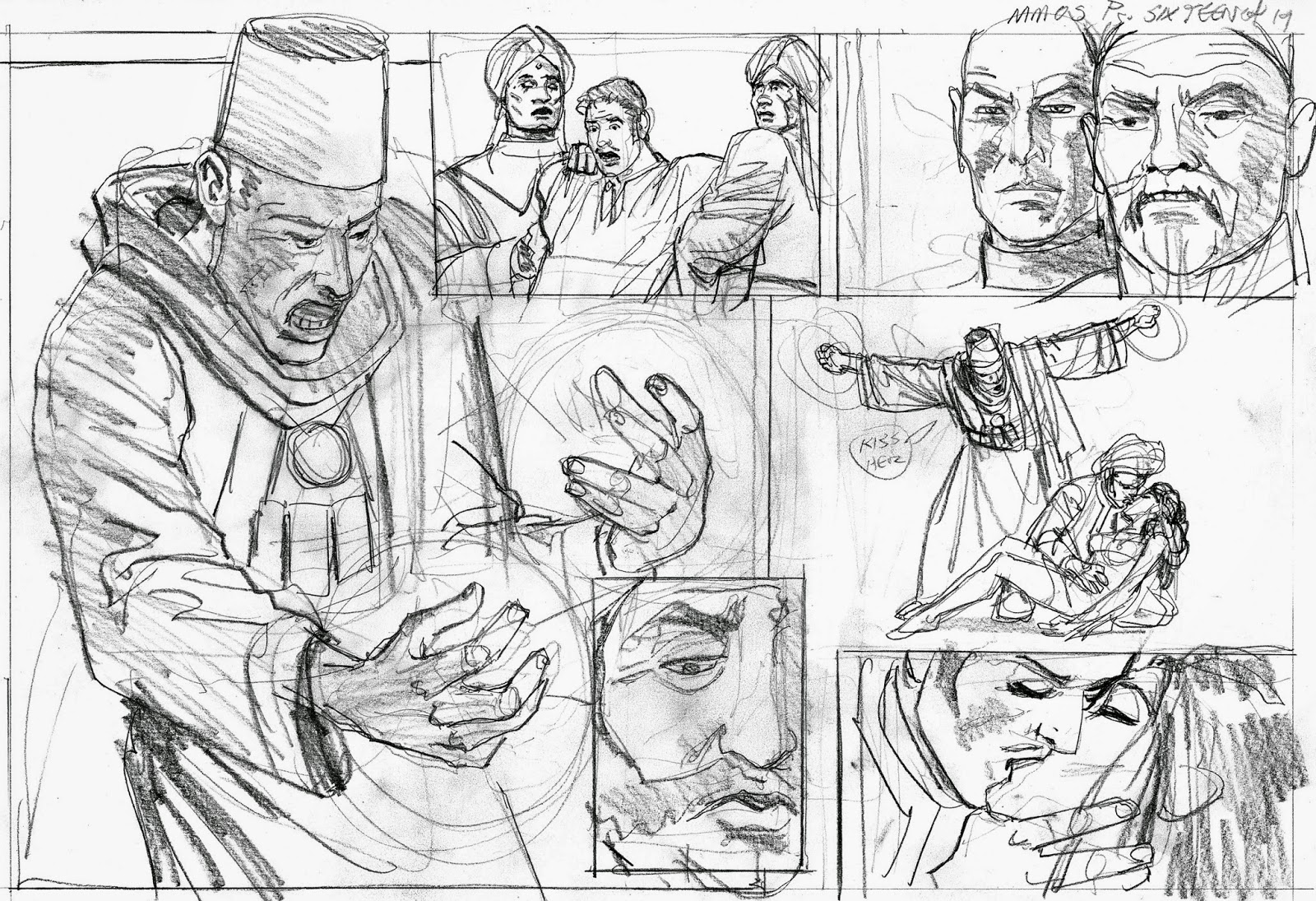 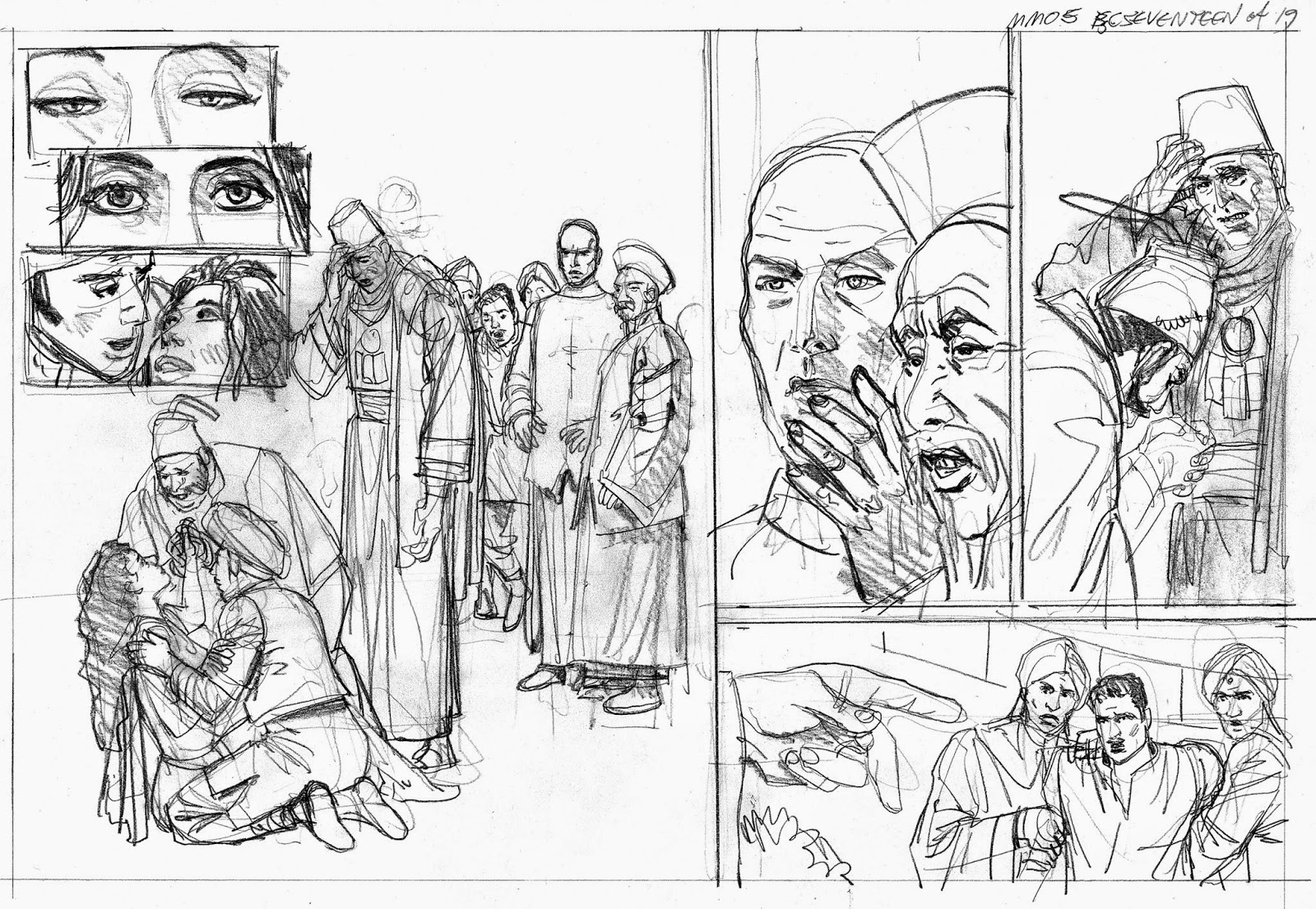 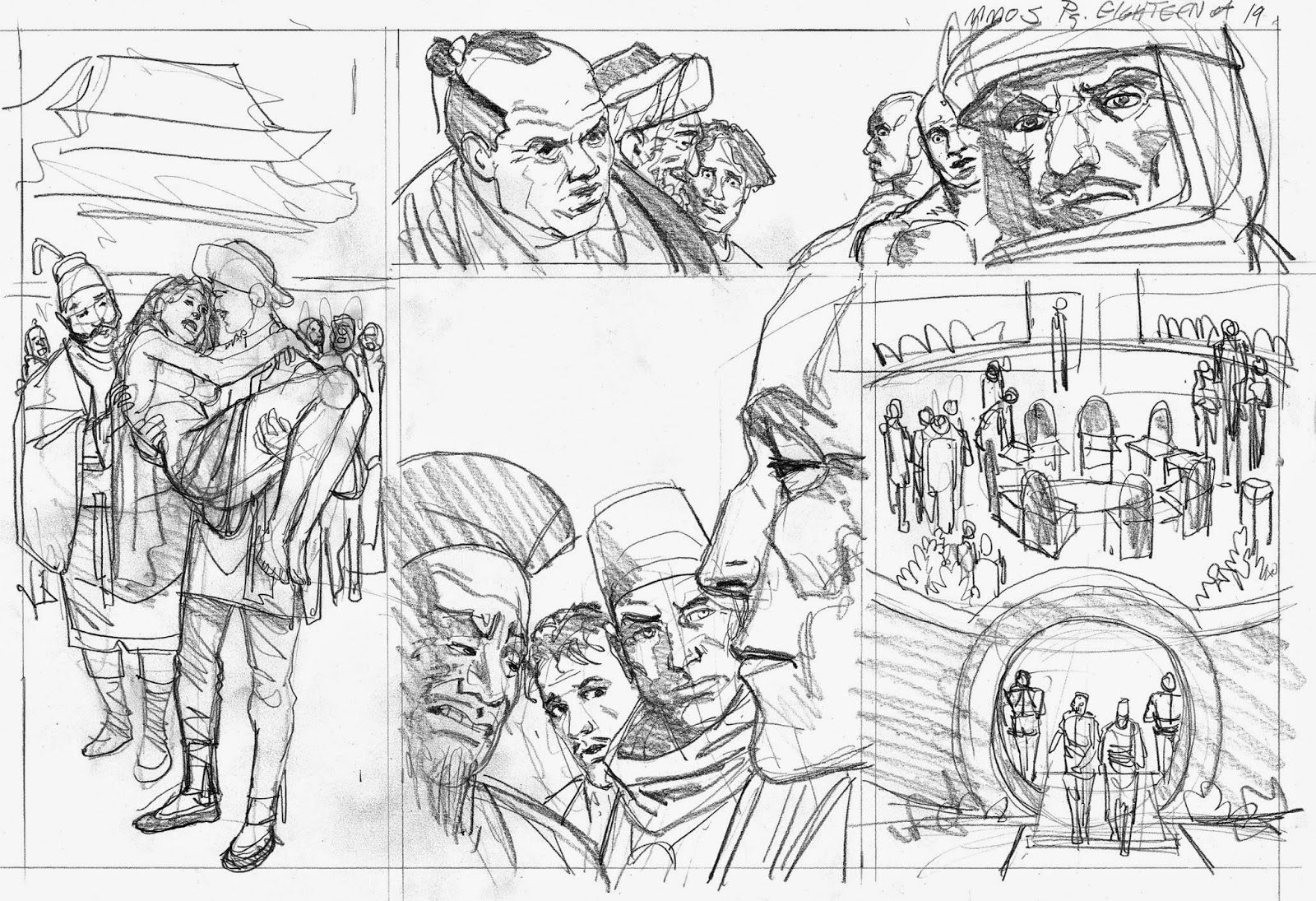 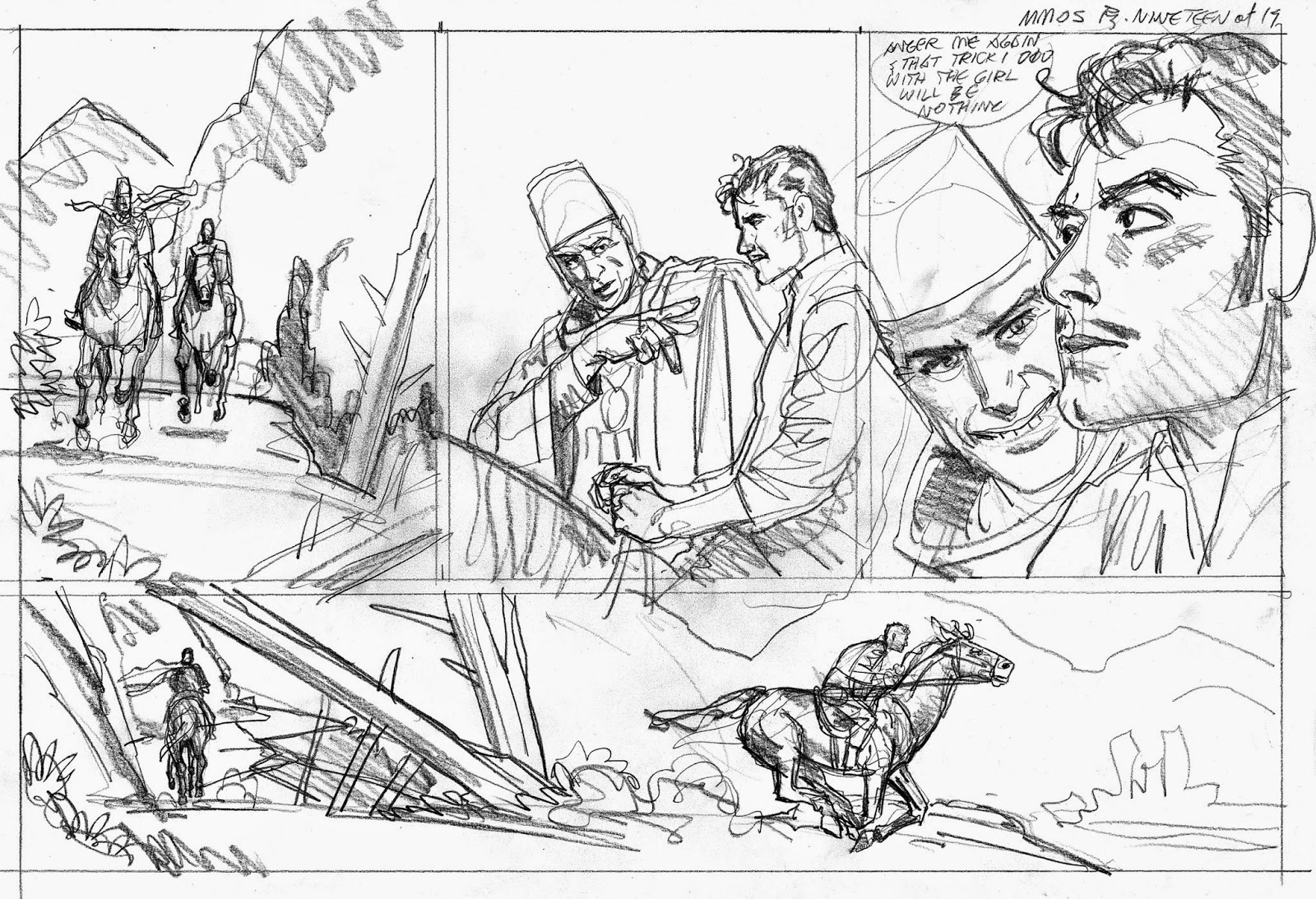 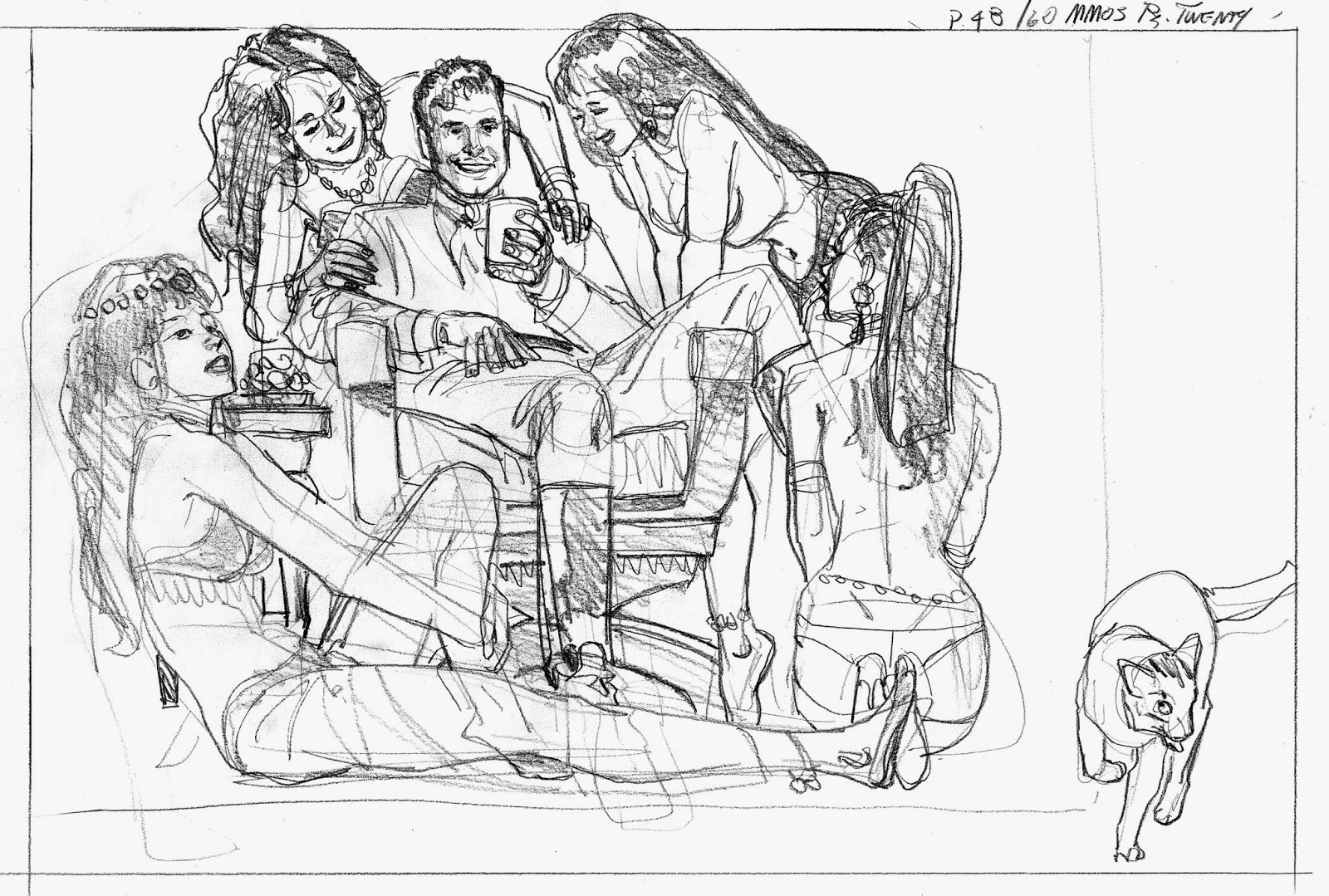 The first two issues of the books are available through iVerse/ComicsPlus at:
http://digital.comicsplusapp.com/publishers.php
Then type in AV Publishing or Mad Mummy in the SEARCH button.

I  thought I would ad the favorite portrait of me that was done by my friend Matt Crosby during a lifedrawing session back in Battle Creek Michigan many years ago. I think the picture says it all. 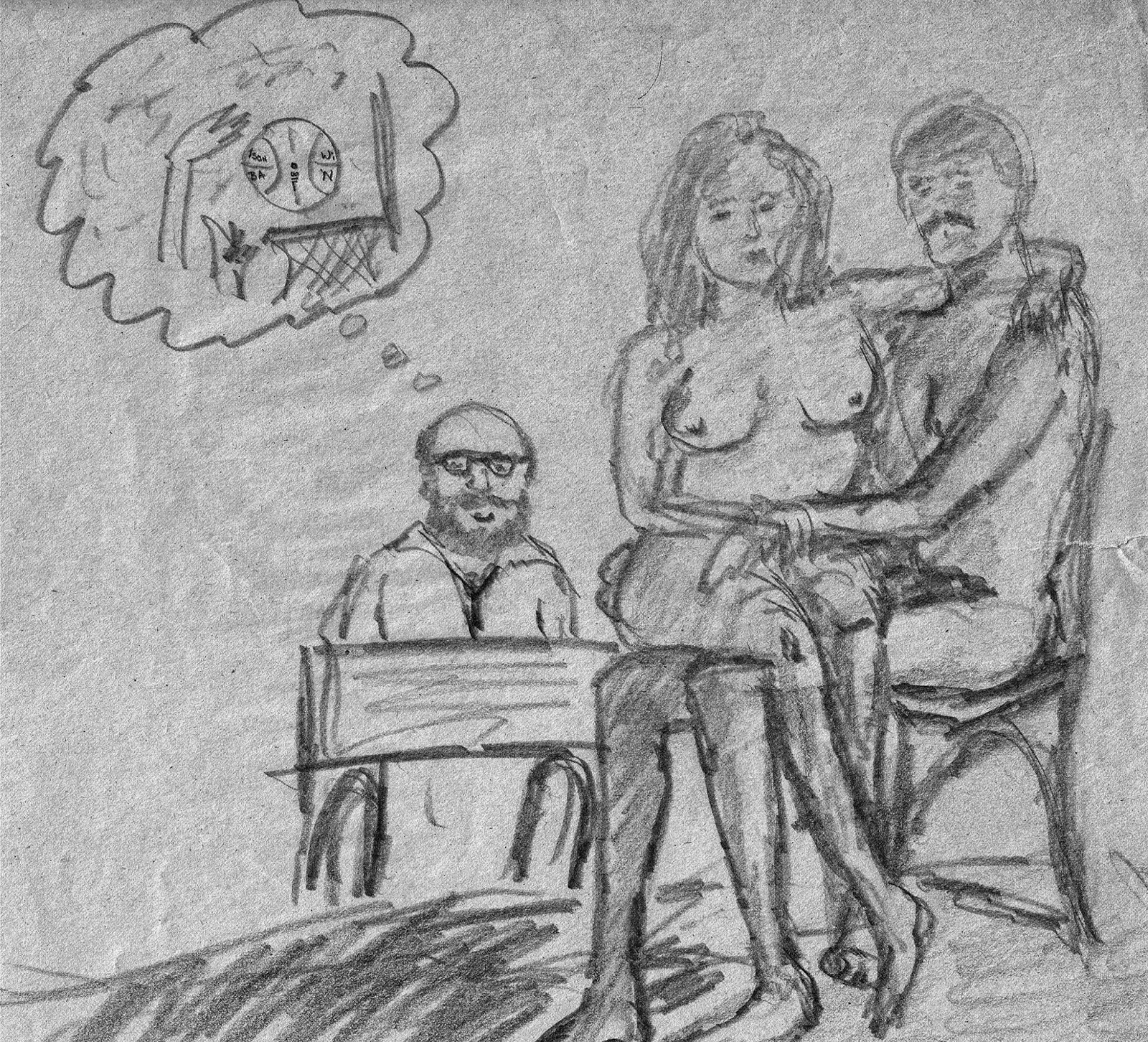