One glance at a Robert Fawcett drawing and it becomes apparent that you're looking at the work of a remarkable draftsman and storyteller. But look closer. Mixed in with realism at every opportunity are incredible miniature abstracts of shape and pattern which translate as the realistic detail. 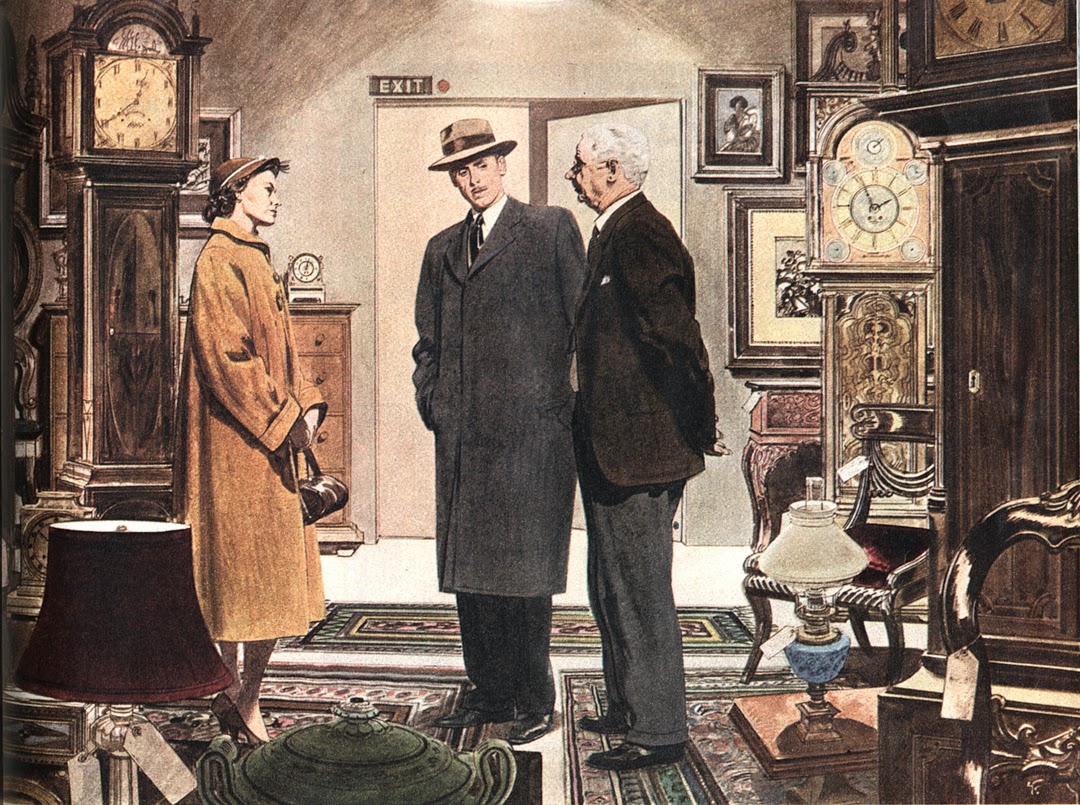 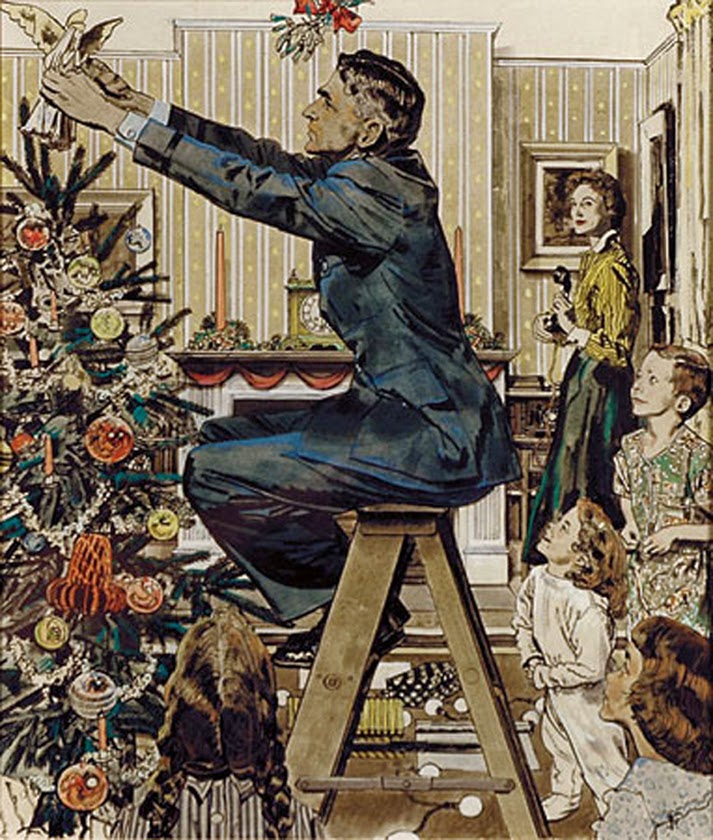 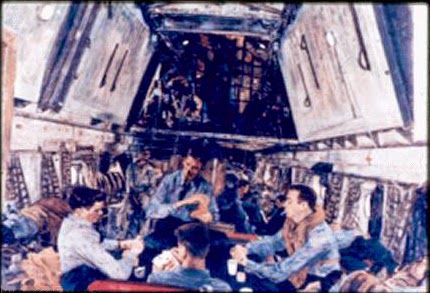 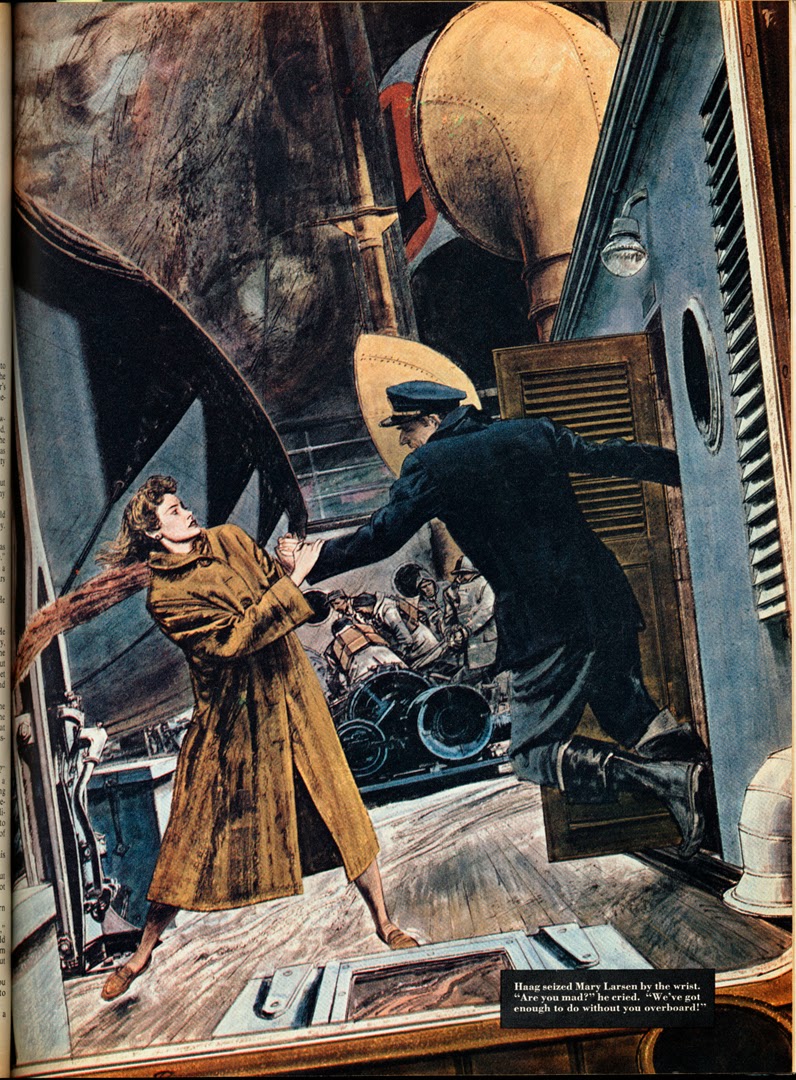 Born in England, but raised in Canada and then New York, Bob studied two years at the famous Slade School of London. He returned to NYC and began working commercial jobs (which he signed with his signature R.F.) to support a fine arts career. Fawcett's experiences with the "selling" of fine art disillusioned him and he turned all his energy to his commercial work. He was immediately successful. 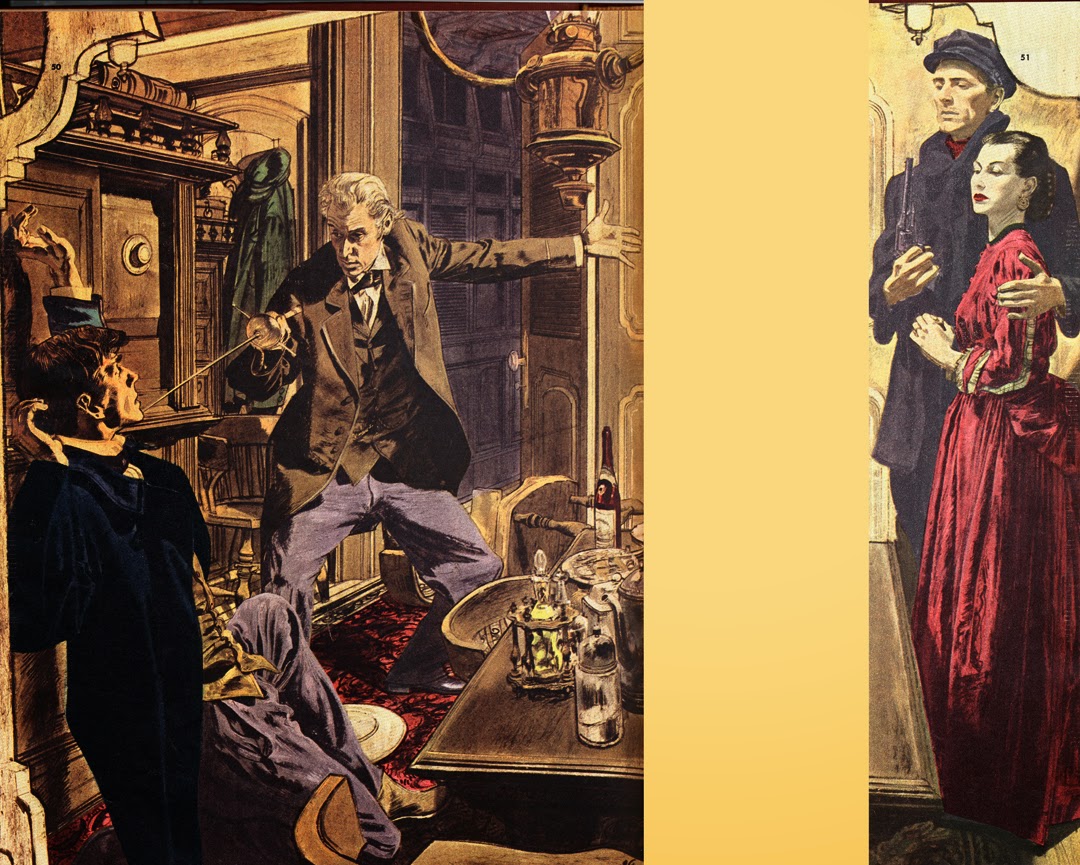 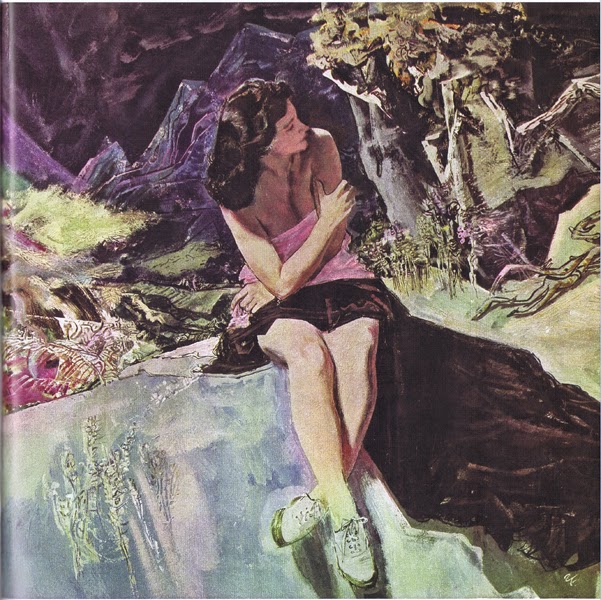 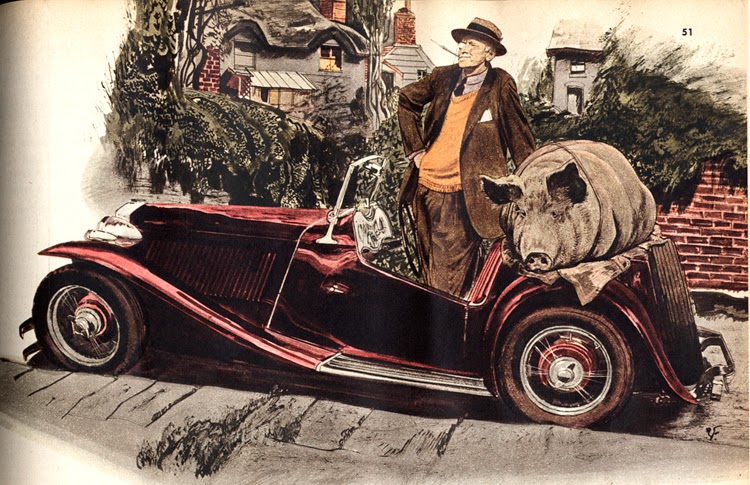 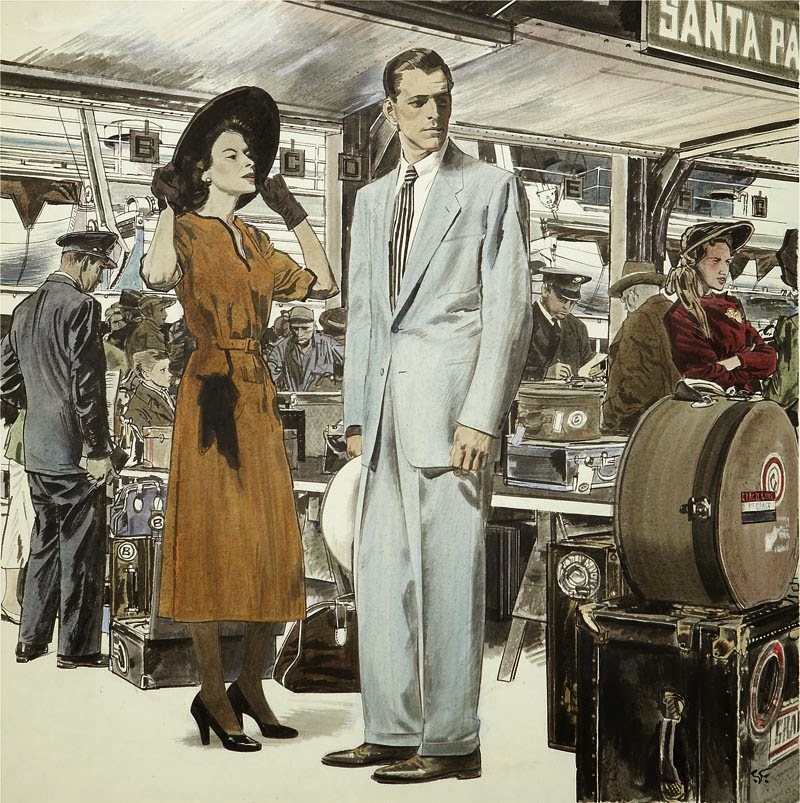 During this time Fawcett remained aloof from his fellow illustrators. He became an accomplished musician, turning to this artform to deal with his inner emotional turmoil. However, as he discovered himself as an artist and a person, Fawcett also came to the realization that "everything I do is fine art." 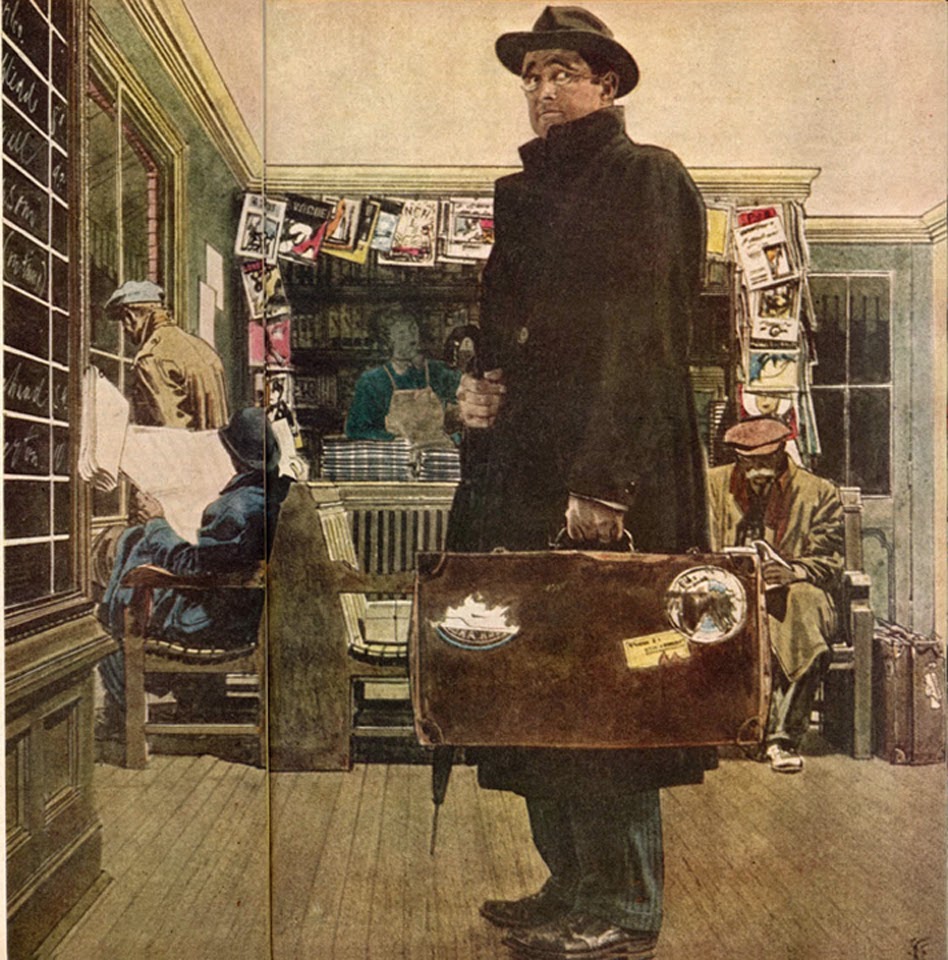 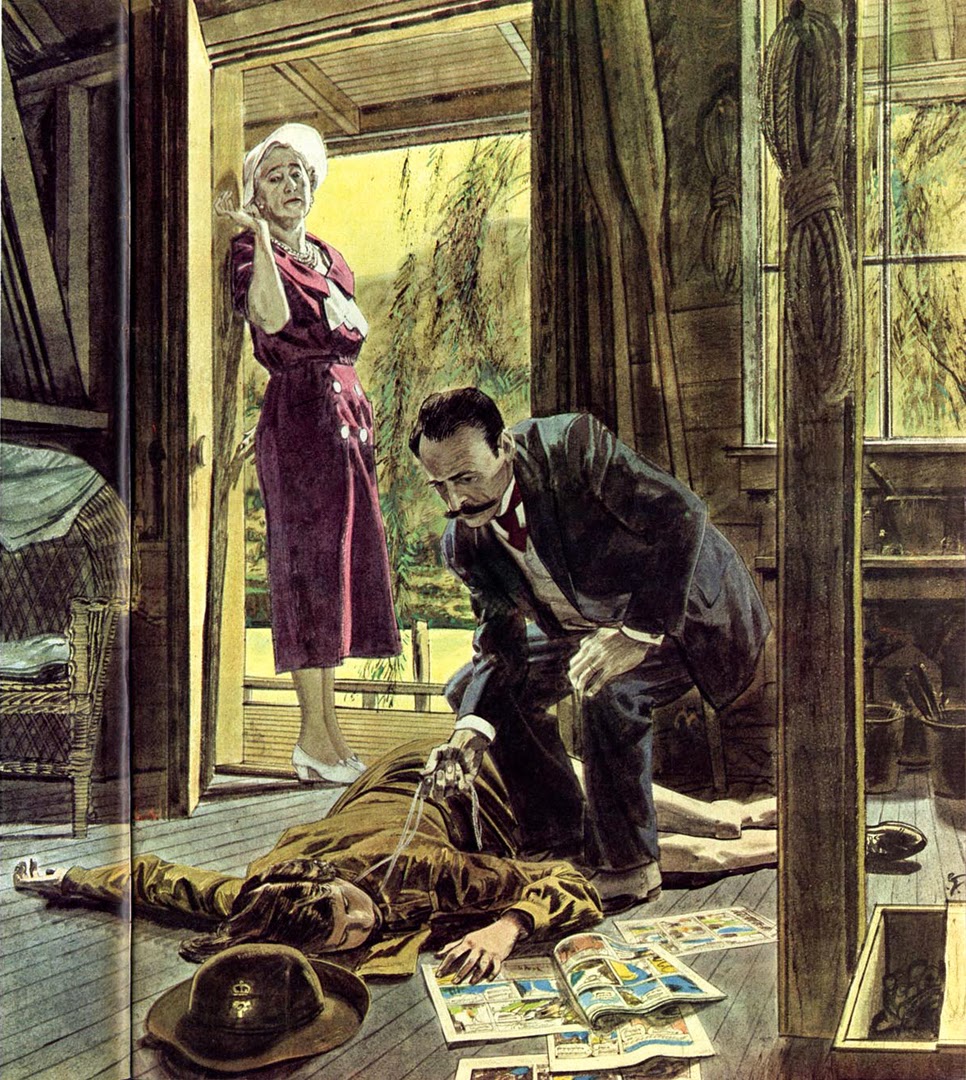 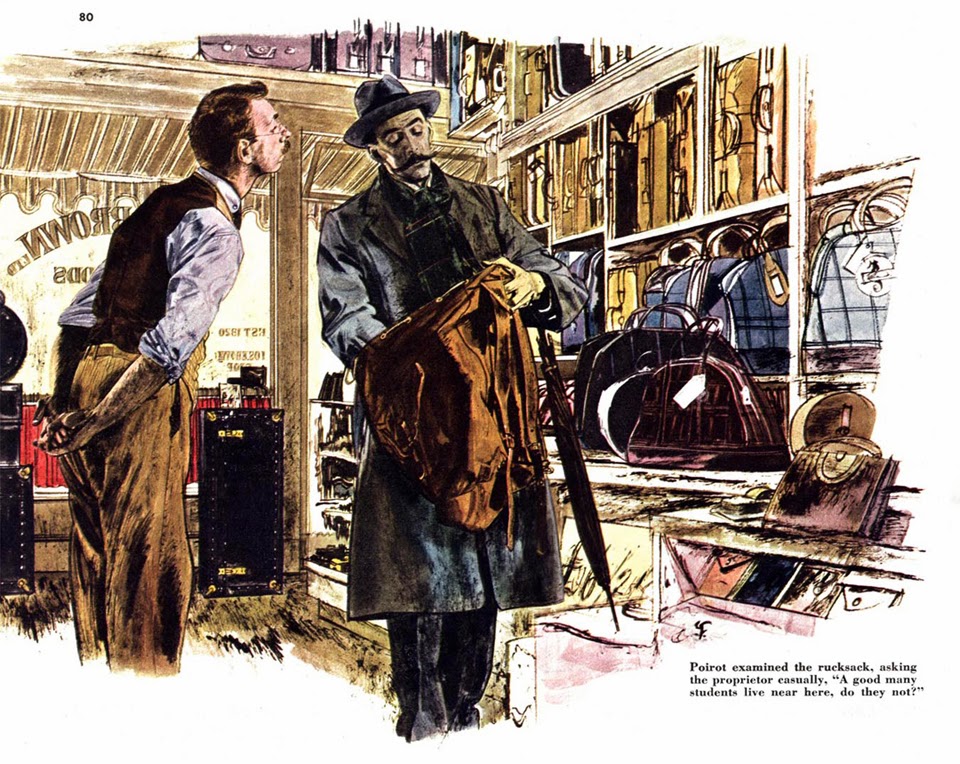 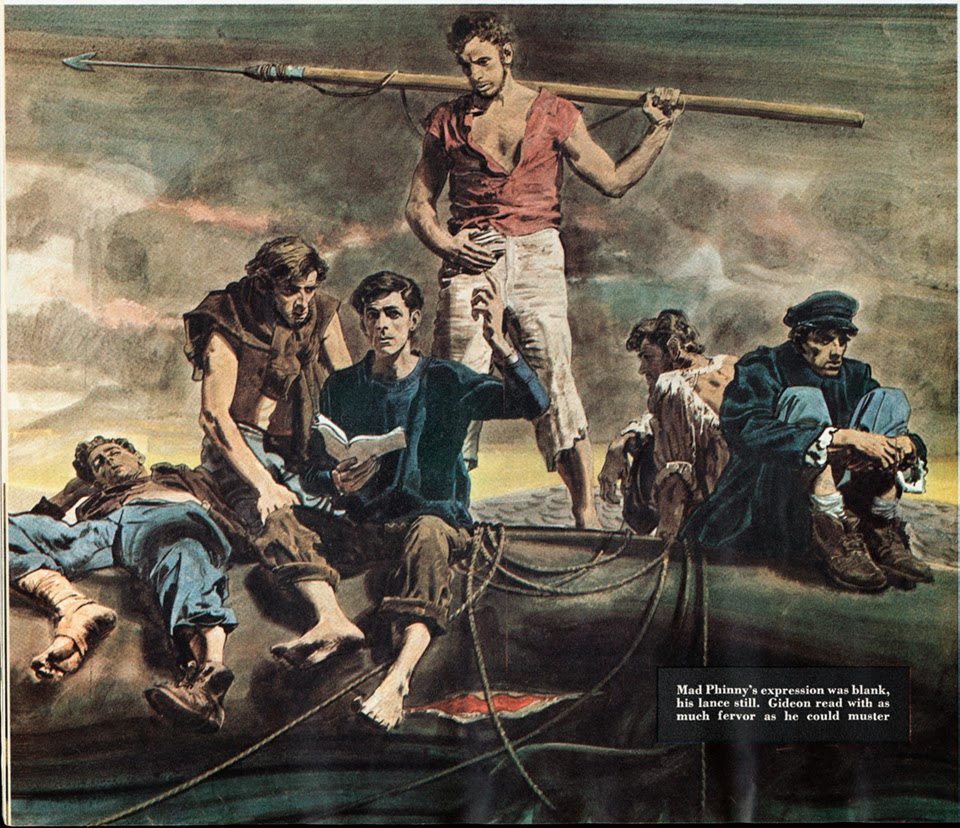 Slightly colorblind, he was never a painter of the stature of Wyeth, Rockwell, or Parker; as a draftsman he was their peer, and as a designer he was on a level of his own. His uncompromising eye kept him from becoming a leading "romance" artist, one of the mainstays of illustration at the time. But that same quality made him a superior storyteller, with his attention to detail and his sense of mood drawing the viewer into the picture. 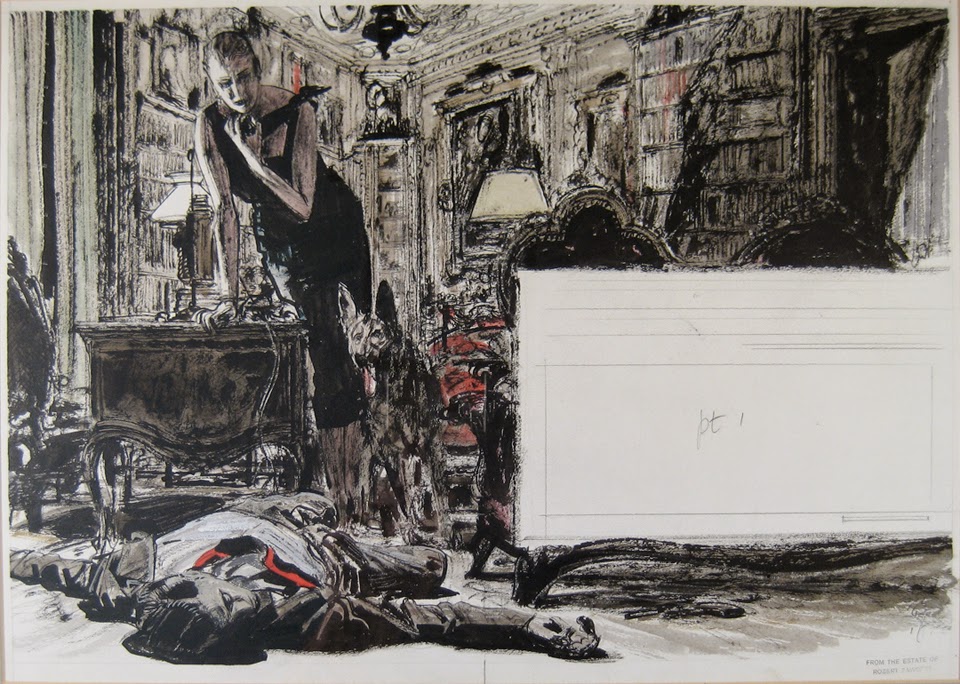 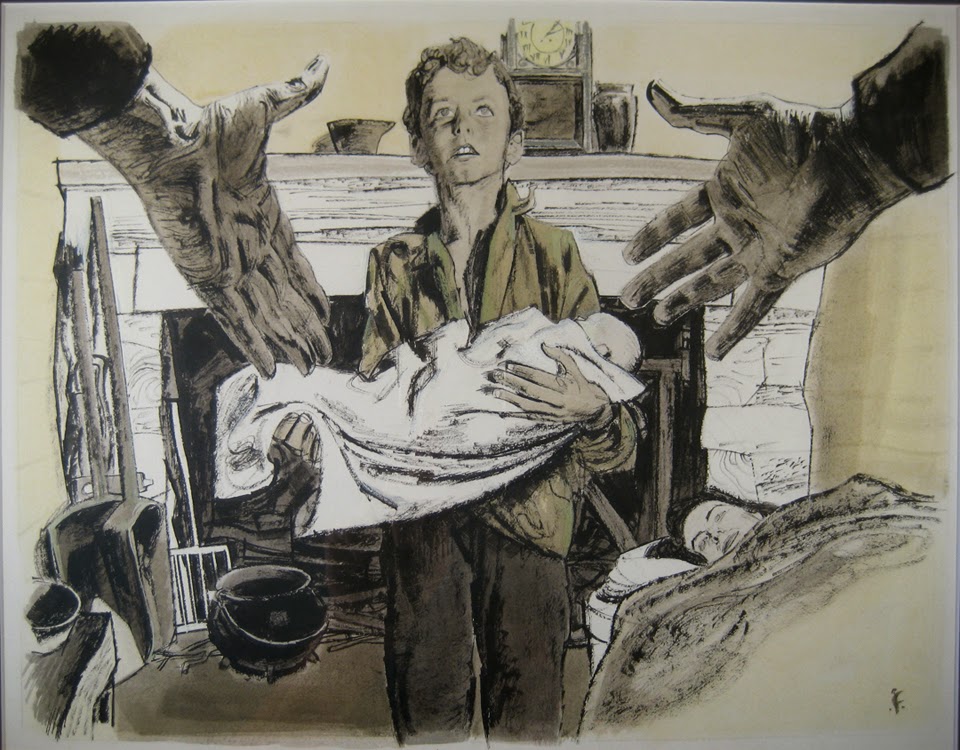 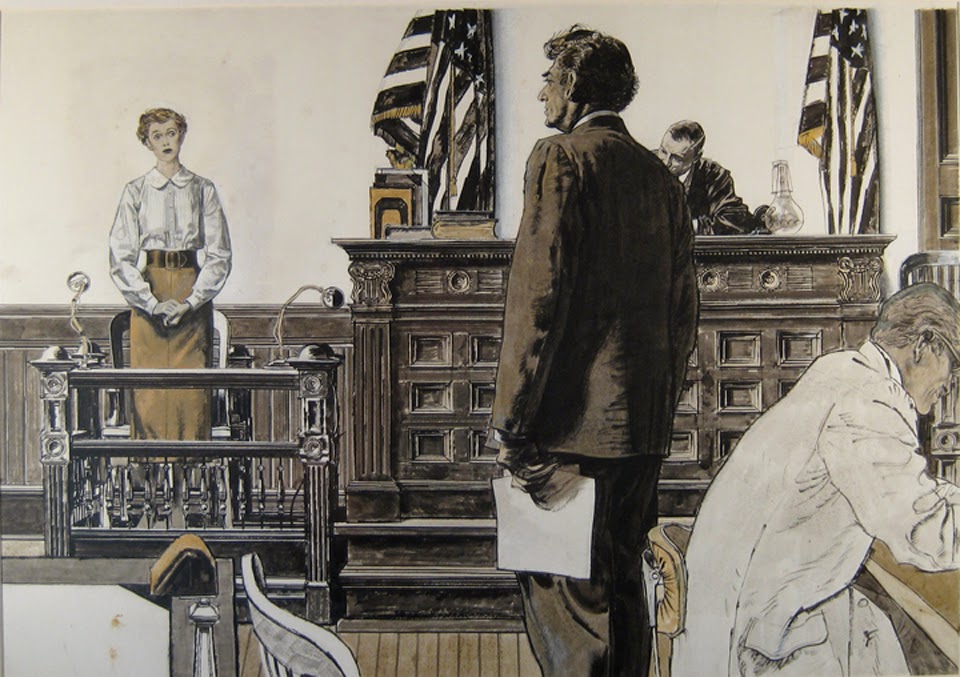 By the mid-forties Fawcett's work could be found every week in stories and full page ads in the Post, Colliers, Holiday, Cosmopolitan and a number of other magazines. The subject matter may vary from the Alamo to Sherlock Holmes, but the execution was always the same. Dynamic compositions with characters that breathed life and minute detail that made you believe you WERE there. Fawcett's last assignments were doing documentary type illustrations for LOOK, a magazine that relied almost exclusively on photographs! 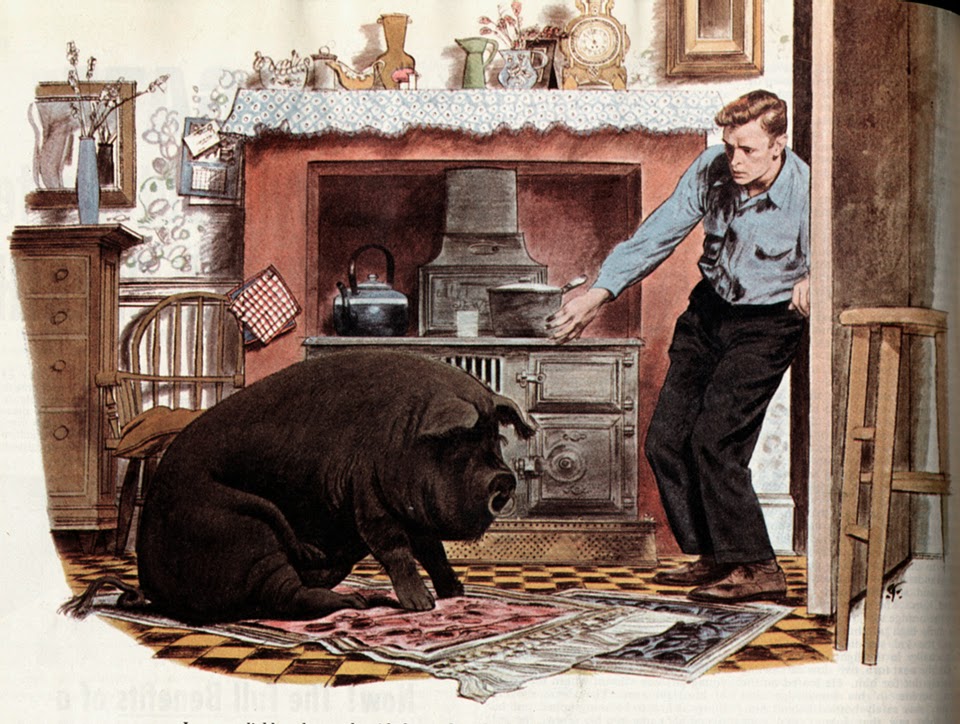 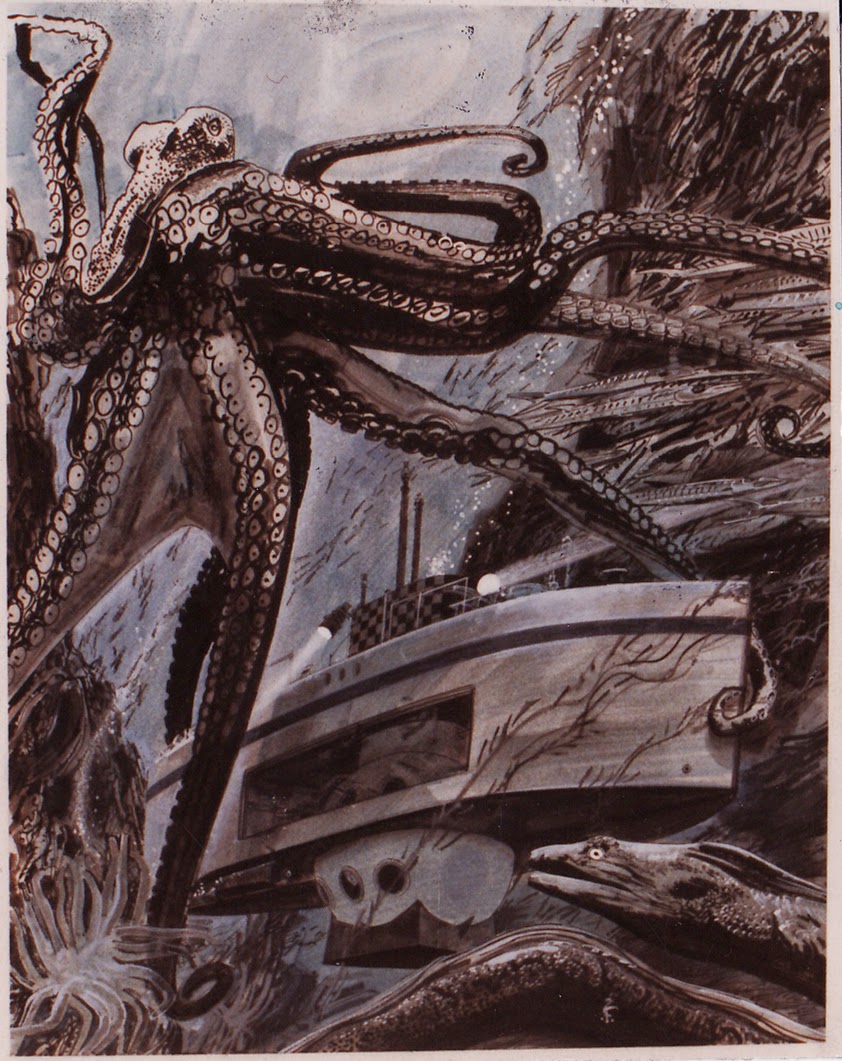 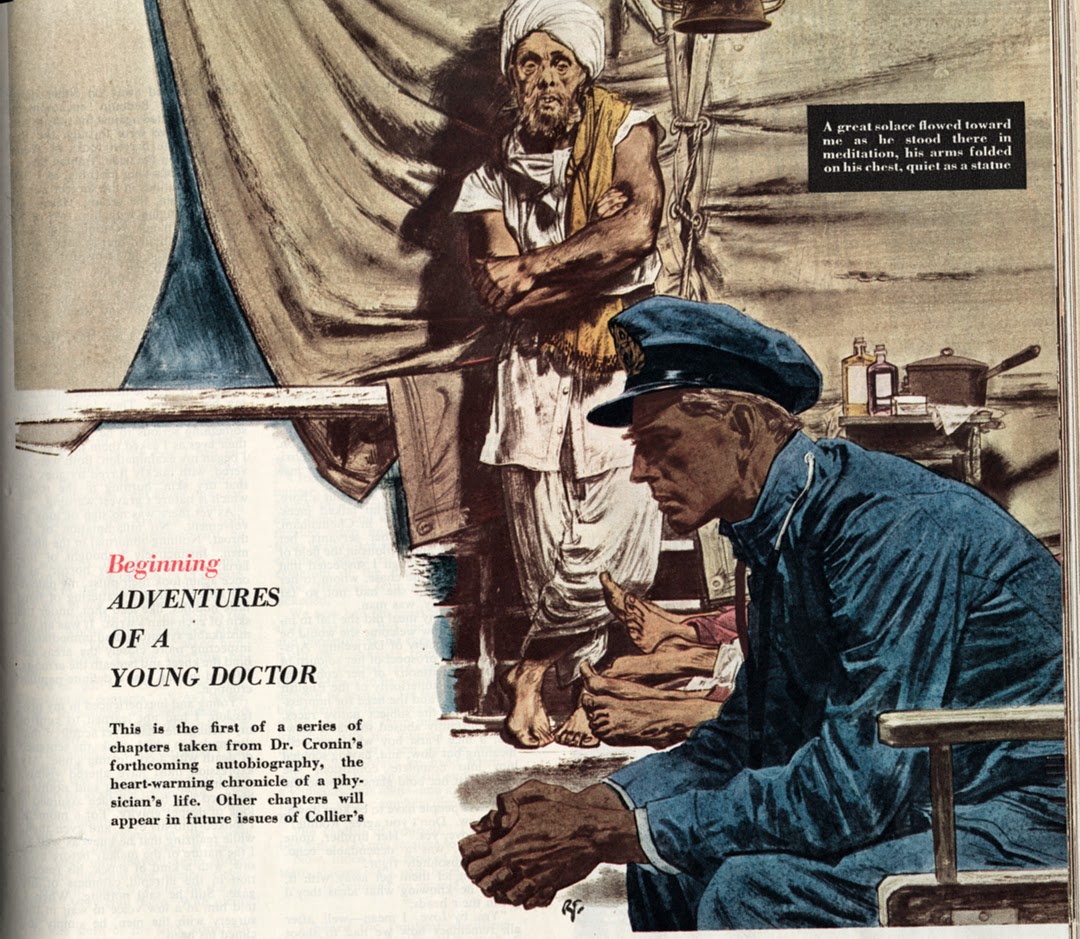 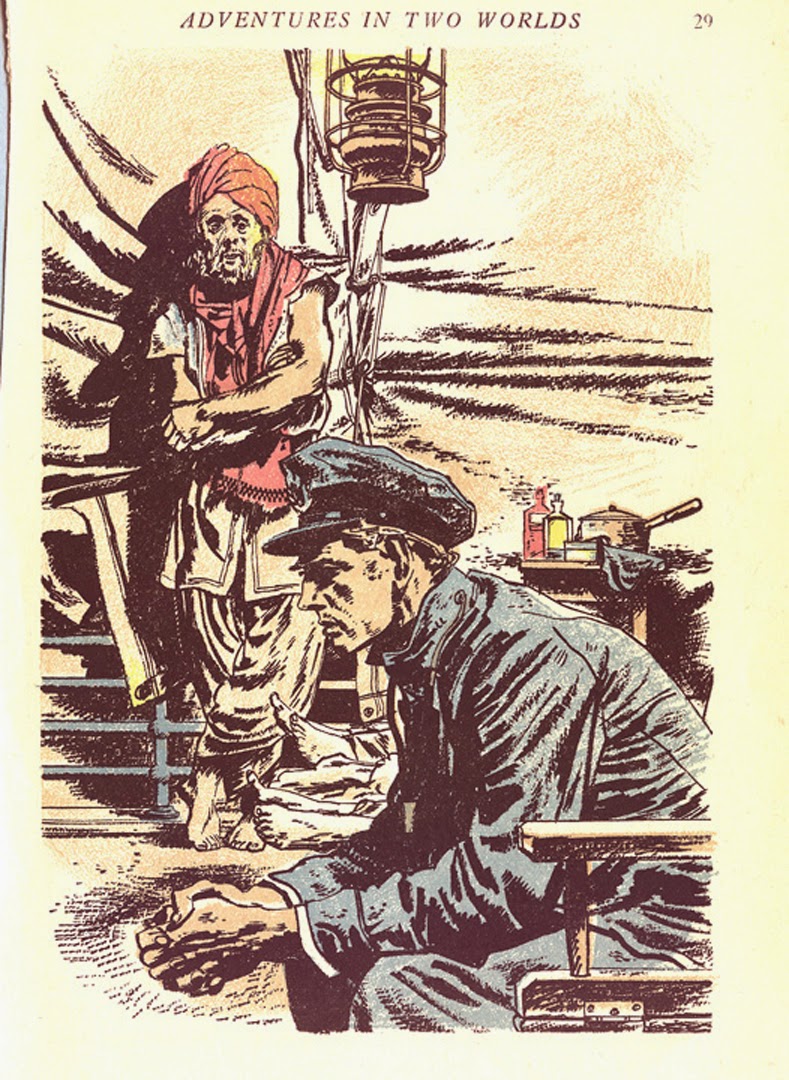 Fawcett, along with Albert Dorne and Fred Ludekens, instituted the Famous Illustrators school, where they produced what is still the best set of how-to books available for learning the craft. He also wrote On the Art of Drawing, and On Drawing the Nude, by Howard Munce, is based on his notes and drawing. Both are excellent texts on understanding his sense of draftsmanship and his approach to the craft. 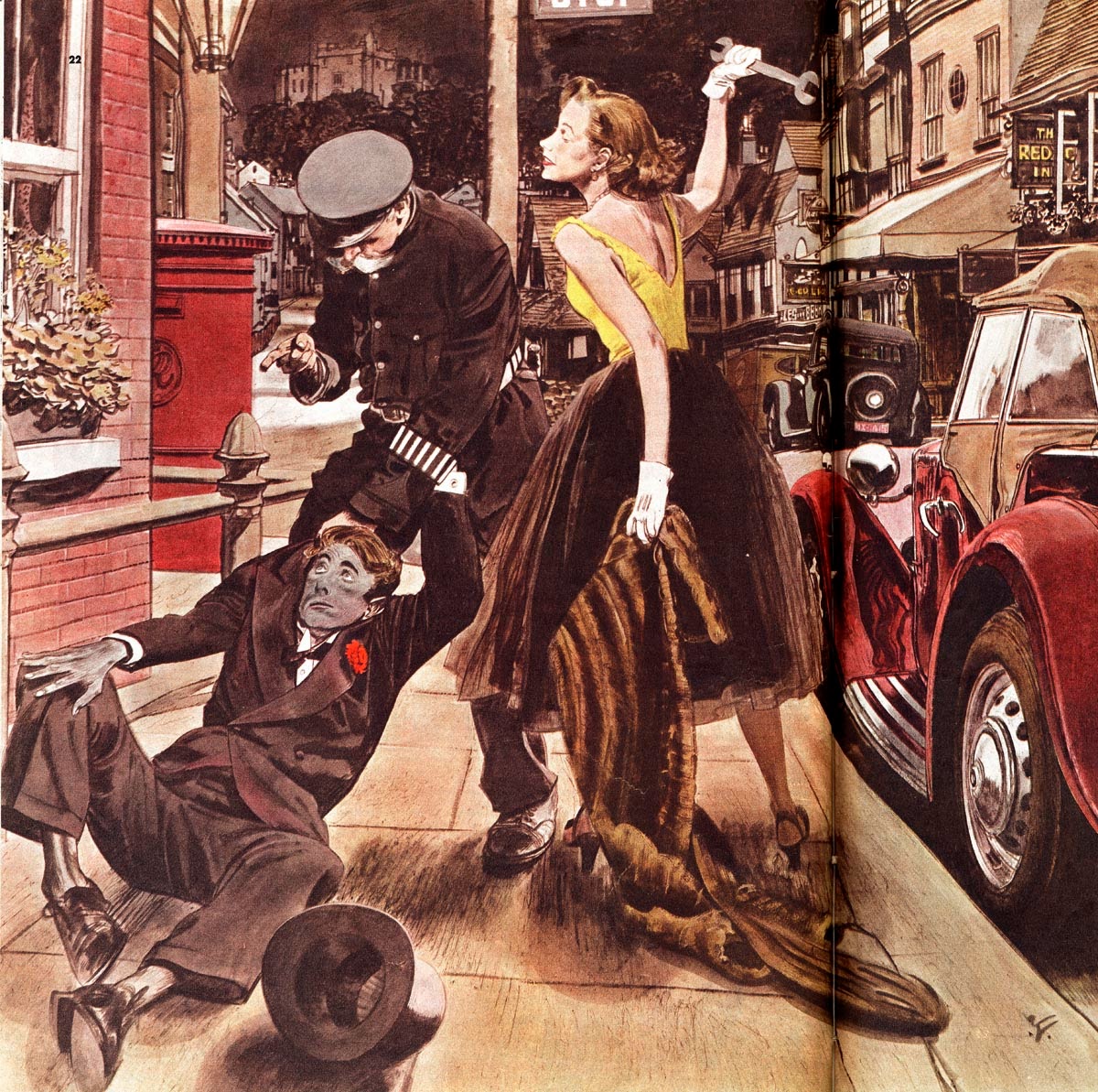 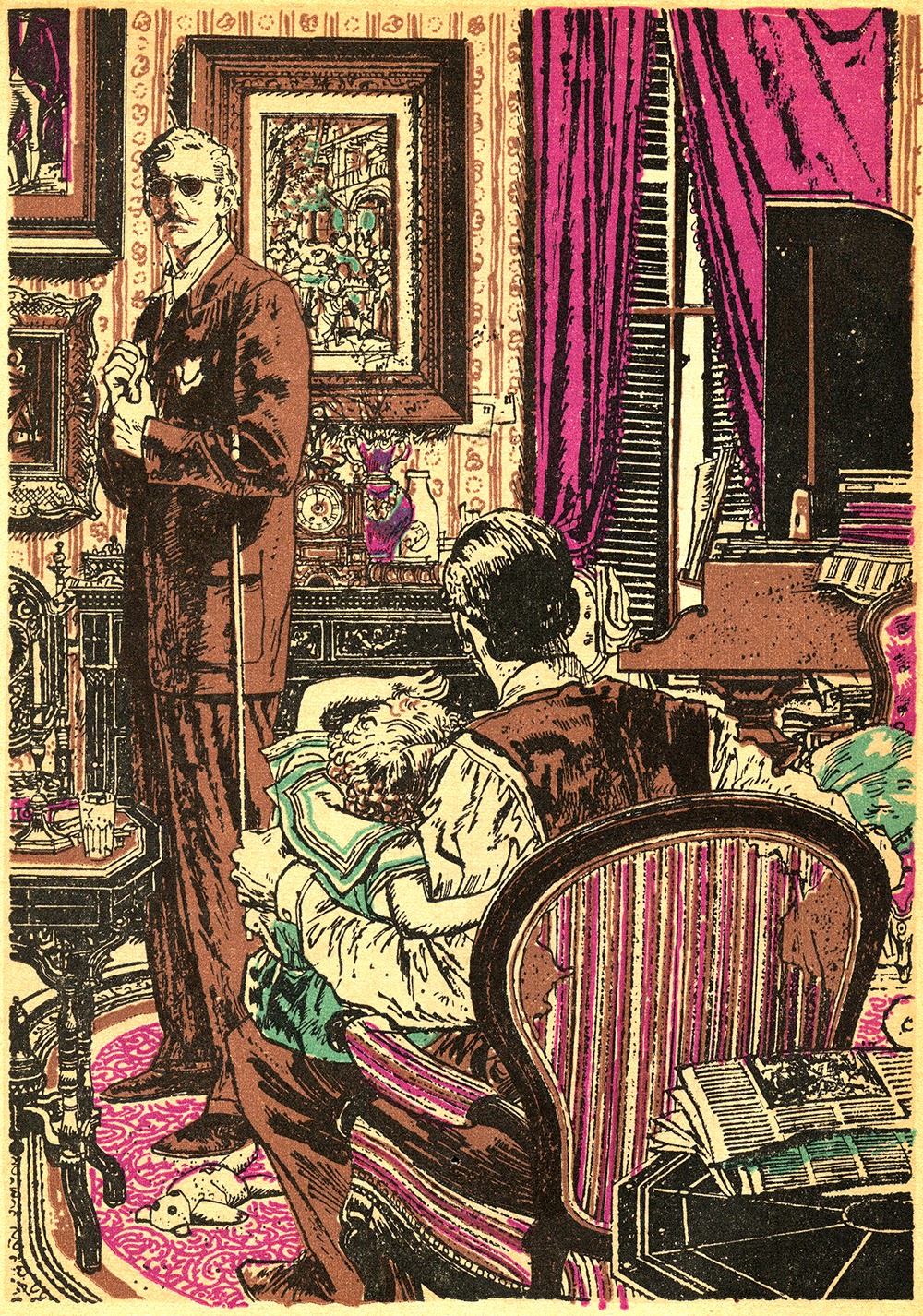 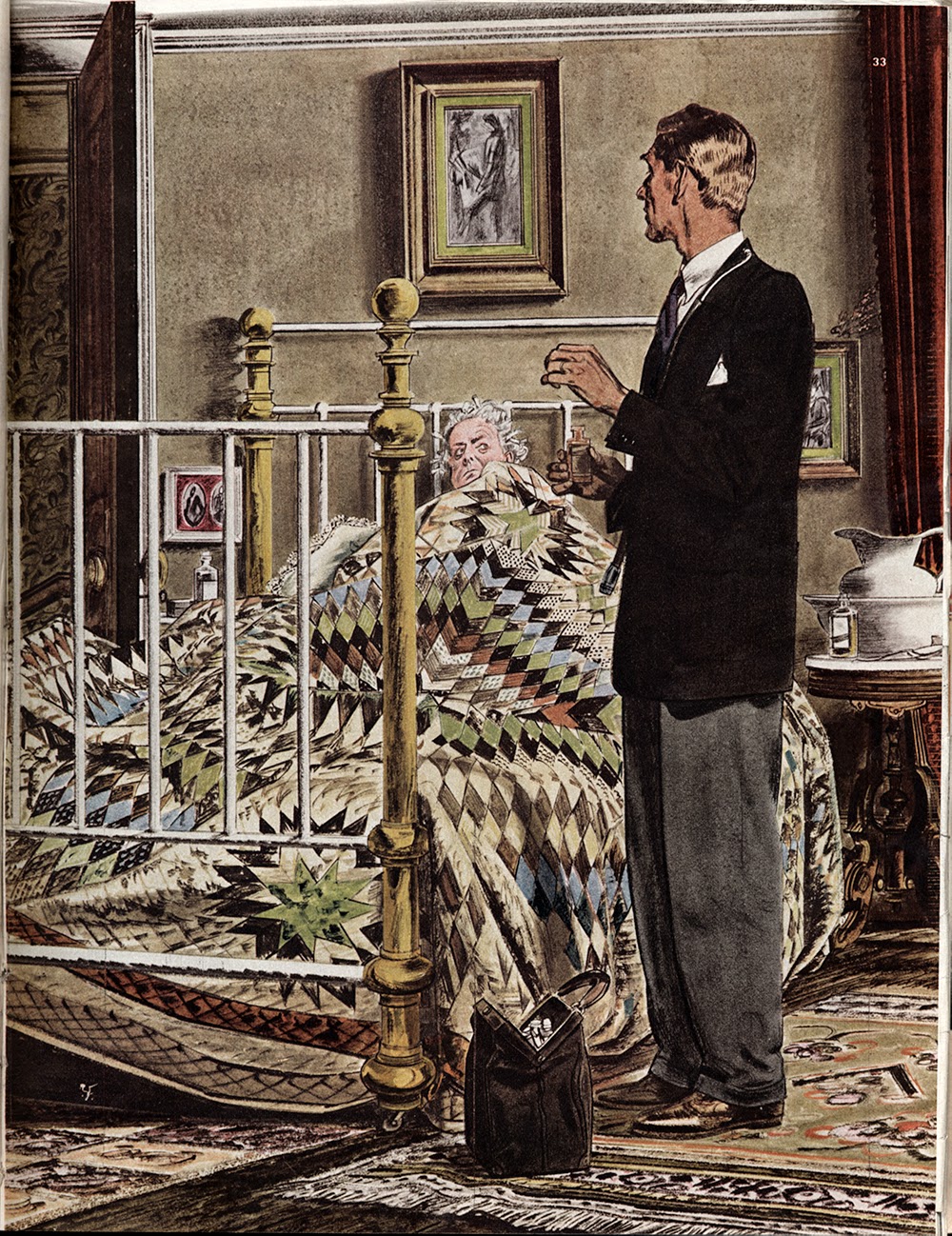 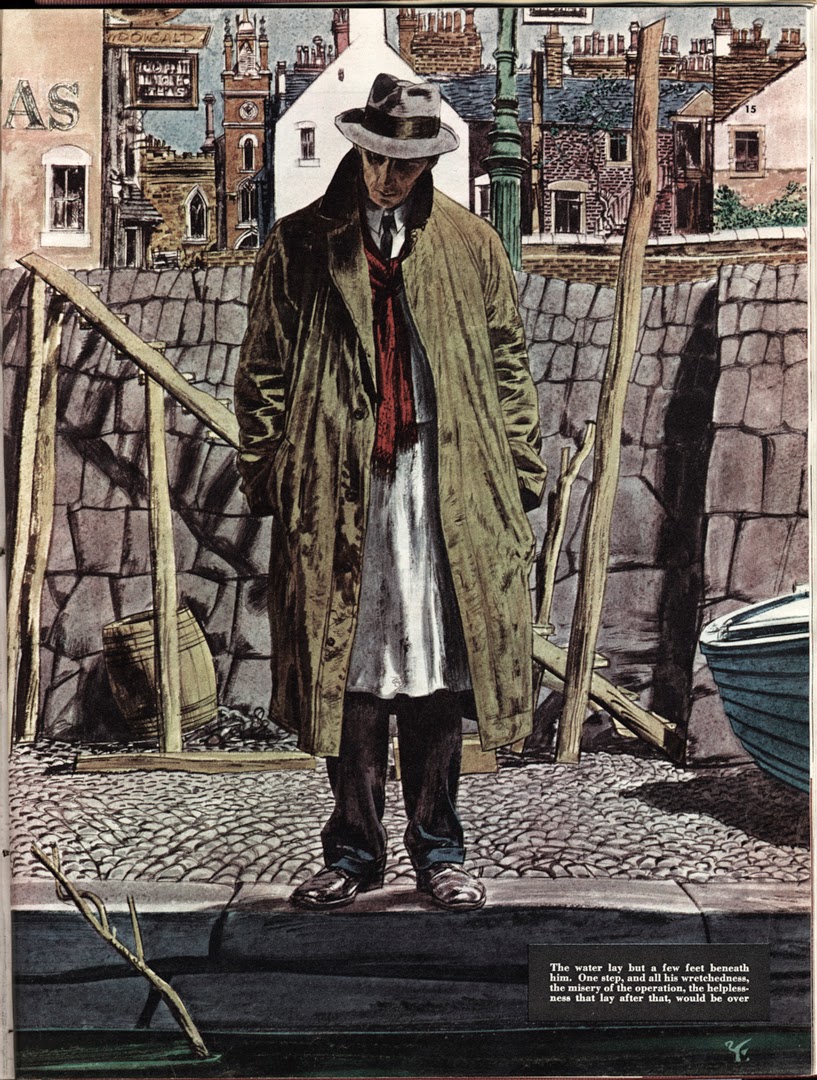 While I was sharing studio space with Howard Chaykin he introduced me to Fawcett's work. It was immediately evident the influence this artist had made on my favorite cartoonists-Toth, Kubert, Wood, and an entire generation of cartoonists of the 40's. 50's, and 60's. Much to the dismay of my editors, Fawcett has had the same effect on me. 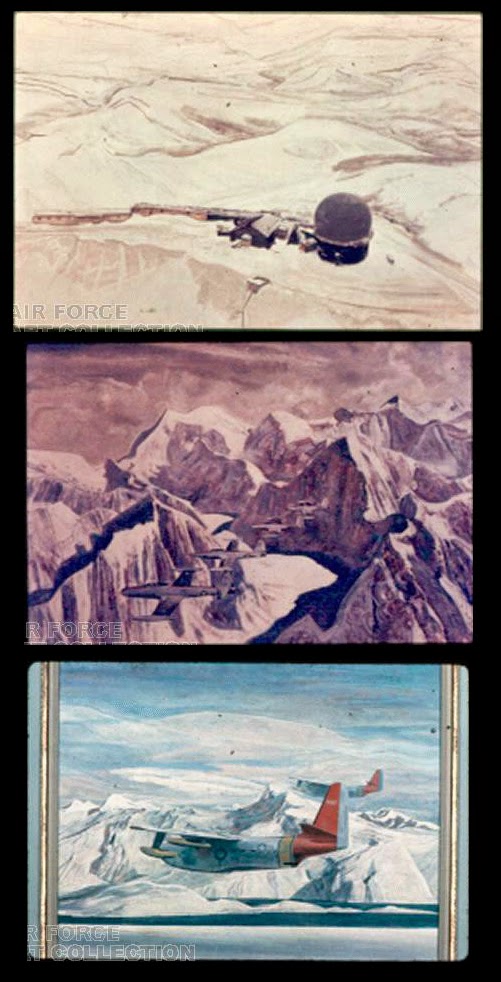 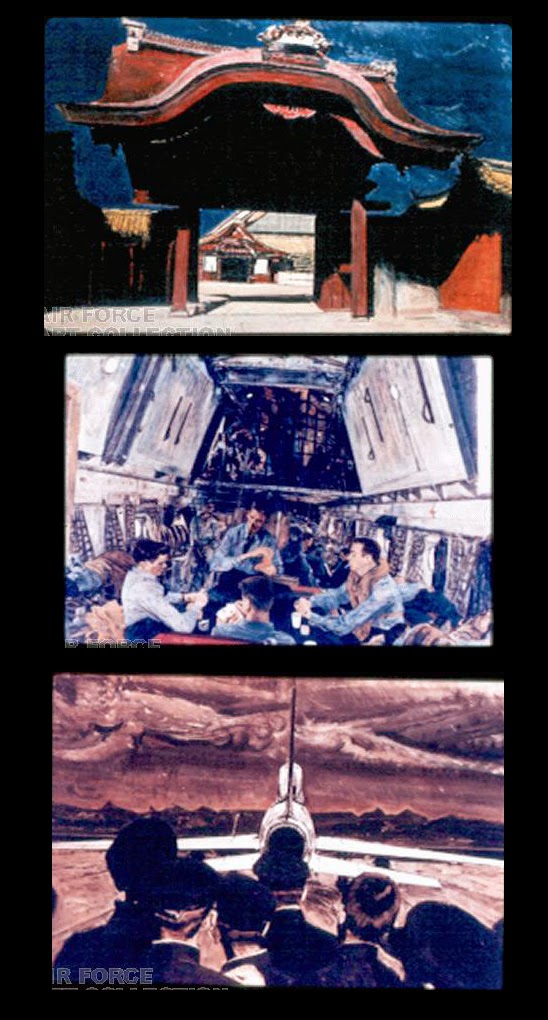